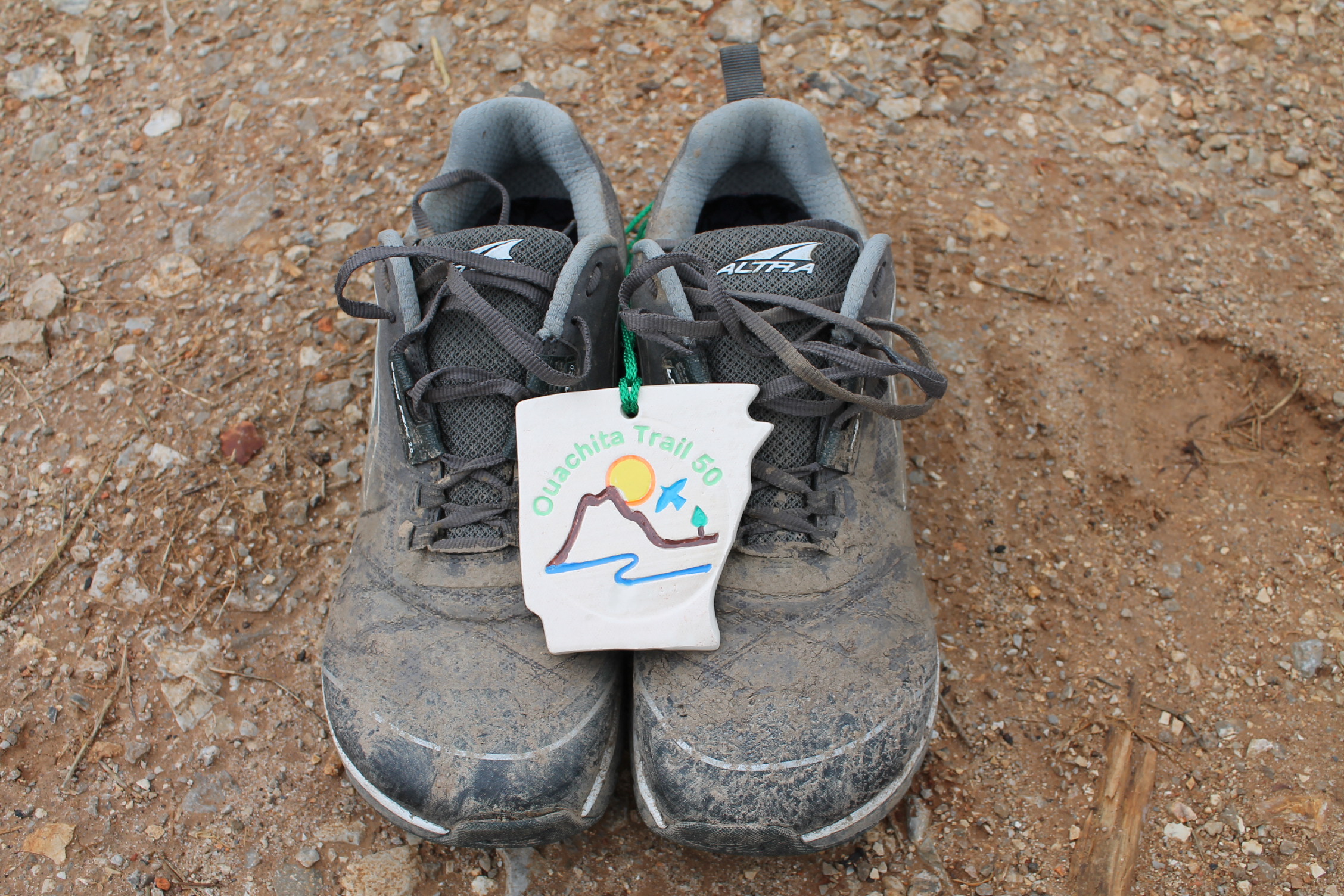 I asked Shannon Hampton from Arkansas to perform a comprehensive gear test for the Altra Lone Peak 2.0s. These are different from the original models in that they have a Polartec weatherproof covering and maybe you’ve heard,  California just ain’t the place to test all-weather shoes right now.

By the looks of things, Shannon wore them well! Here’s what he found.

– Not best for big guys 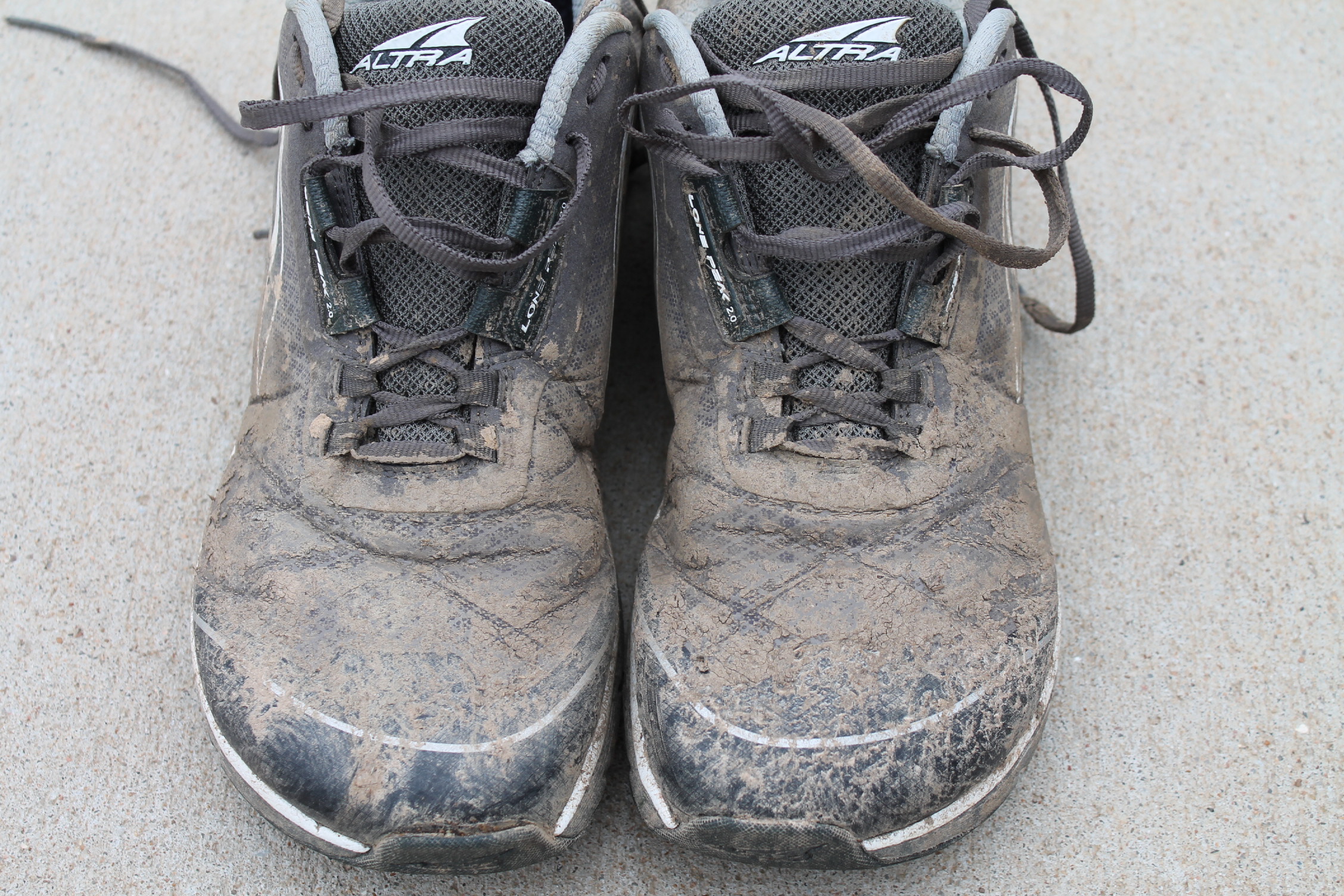 I started out by just wearing them around town to run errands in and did a few short 6-8 mile runs on a mixture of road and trail.

One of the first odd things that caught my attention was a sound the shoe makes when the crease between the strings and toe box bends. It became annoying like the squeak of a bathroom door. Perhaps this goes away once they are fully broken in.

I found the shoes overall to be comfortable when running on fairly clean trails for less than 10 miles. I would intentionally step on small rocks to medium sized gravel and the thickness of the sole did a good job protecting my feet where I often would not even feel the rock’s pressure come thru the sole.

I had been wearing Hoka Cliftons in a couple of road marathons recently so I became familiar with a very lightweight shoe. Transitioning to the Lone Peak 2.0 was very easy from a weight perspective. In fact, I would put on my Hoka Stinson’s after wearing the Lone Peak’s and the Hoka’s felt so heavy and bulky. 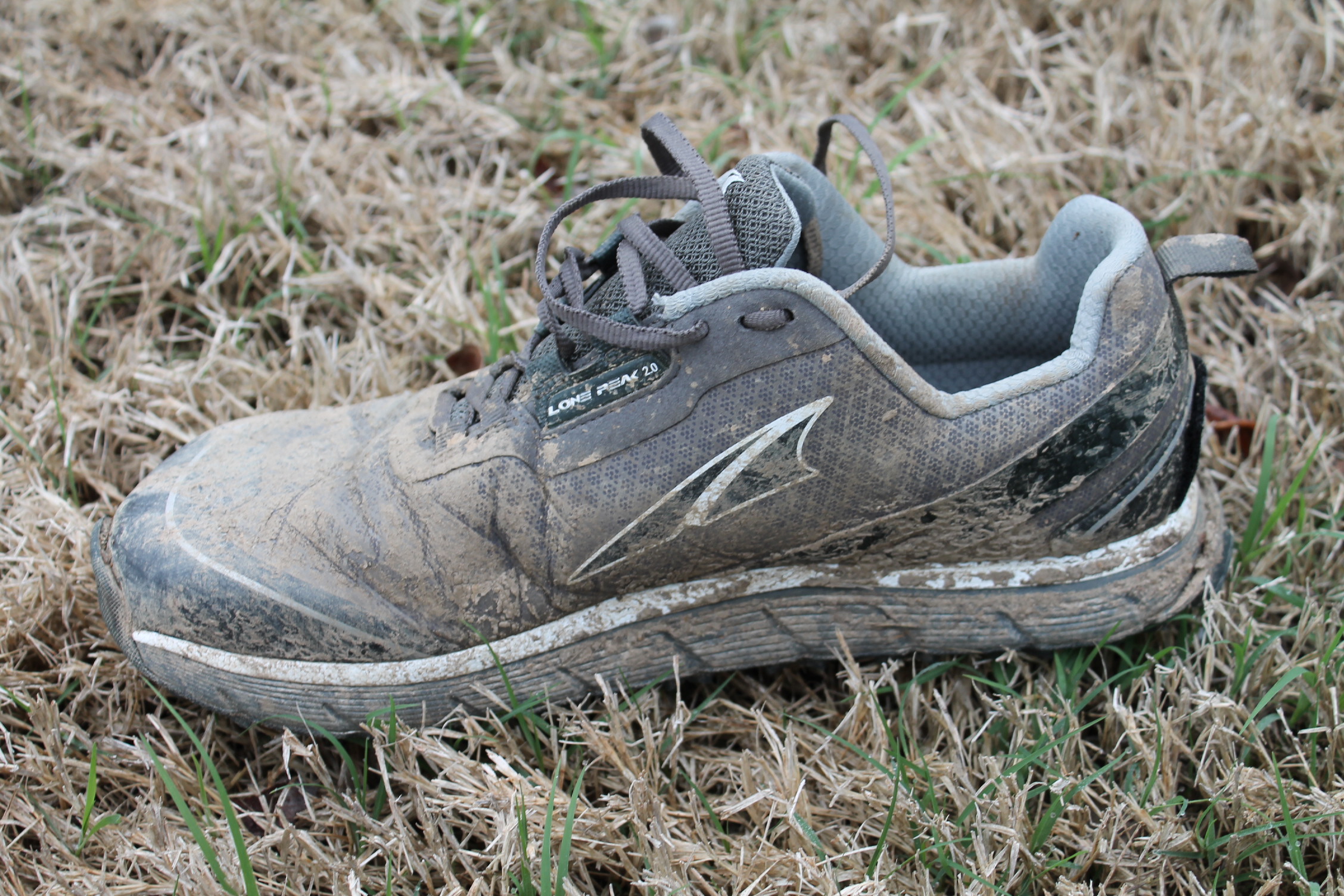 I wore the Lone Peak 2.0’s in the Quachita Trail 50 mile race on April 18. The course has six miles of road, a mile of climbing over large boulders ascending one thousand feet and down the backside, several creek crossings, muddy trails, and technical single track with rocks. I can’t imagine a more diverse terrain to test a pair of trail shoes. 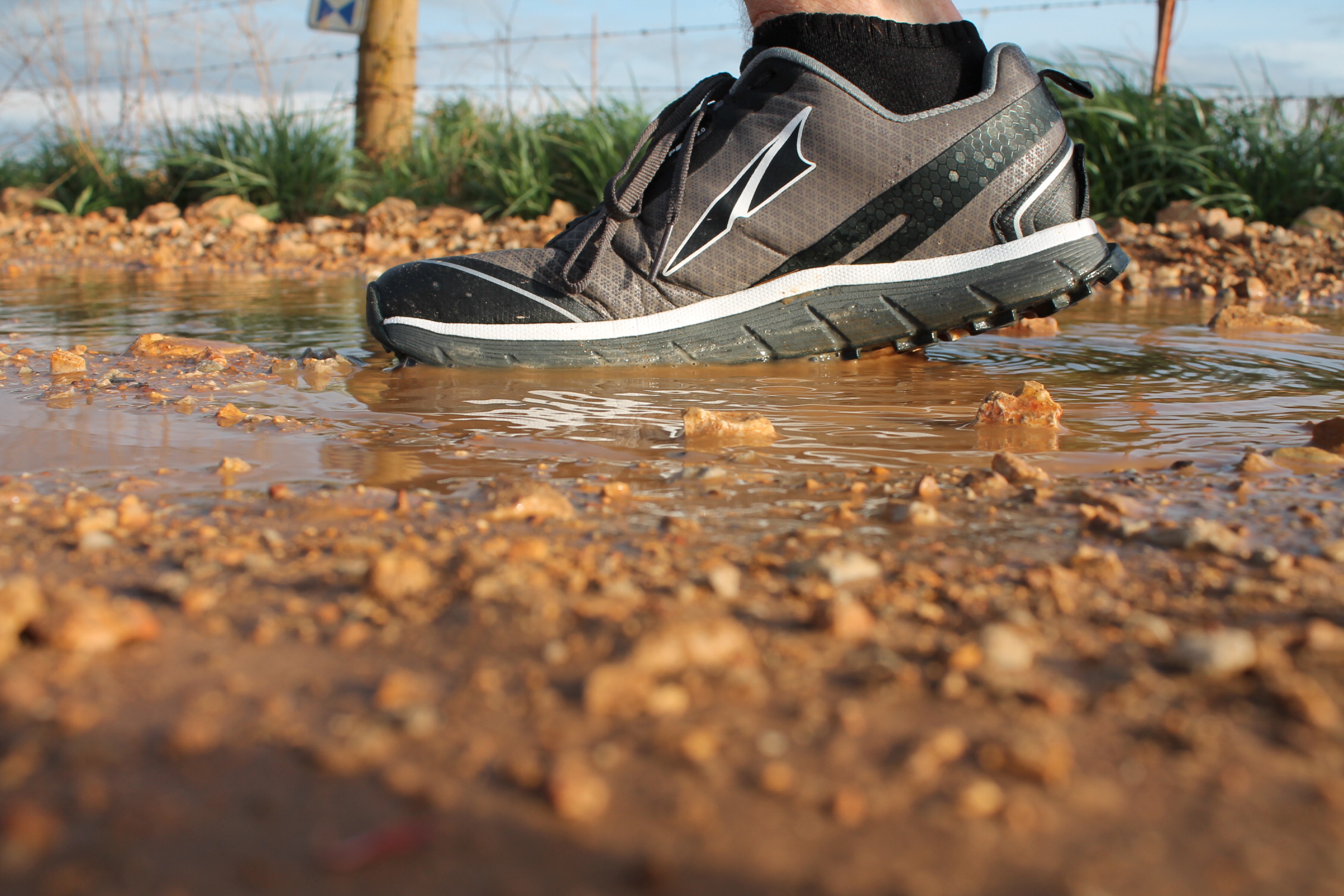 The first mile or so on the pavement wasn’t too bad but after three miles I was looking to run on the side of the road to find some relief. I tend to be a heel-striker but I was consciously landing on my fore-front it was more comfortable and I would go faster. I was also happy with the sizing.

I normally wear an 11 or 11.5. These were 11’s and I never felt any tightness around the heel, side, or toe-box areas. Even when intentionally having a fore-front strike my toes were not jamming into the front of the shoe.

I’m about six foot tall and weigh 190 pounds so I’m a little heavy for the typical trail runner. I don’t normally run in zero drop shoes and after six or eight miles my heels would start to hurt a little because I’m typically a heel-striker and there’s just not much protection in the back.

I have suffered with getting blisters on my toes for years. I now wear Injinji socks to try and avoid the blisters. One of the unique features of the Altra shoes are the wide toe box. I never felt my toes being scrunched together like most shoes and could even get away with wearing normal socks without worrying about my toes waging war on each other. 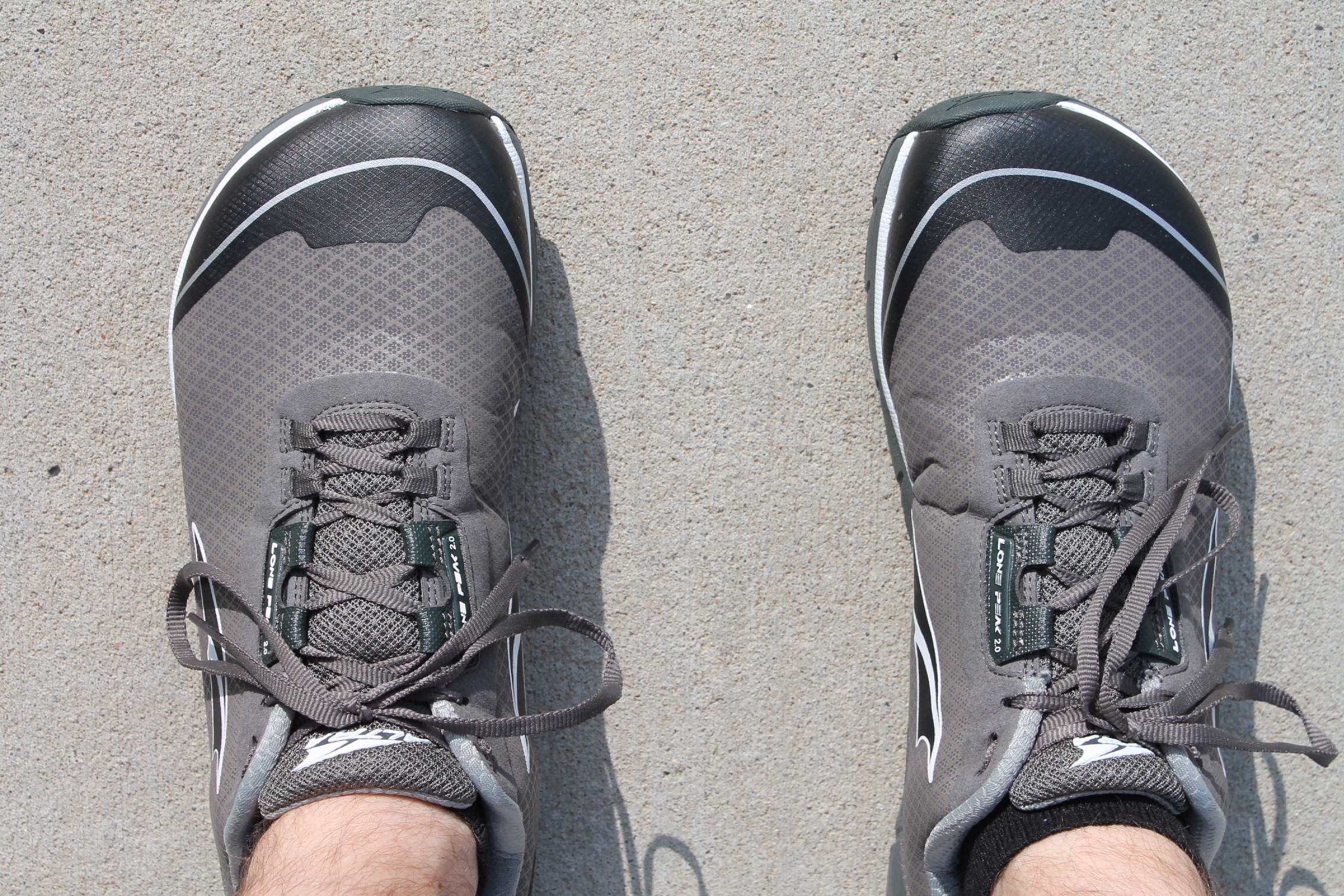 For part of the review process, Eric told me to dunk the suckers in the river so I did. One evening I went for an eight-mile run from my house and crossed the Little Osage Creek, which is about knee high. I ran back and forth across it to ensure the shoes were fully immersed in water. I checked my watch and resumed running on a dirt road. It took two miles or about 20 minutes for the shoes to feel like they finally drained most of the water out but even then still felt heavy. For those two miles it felt like small dumbbells were zip tied to my feet. 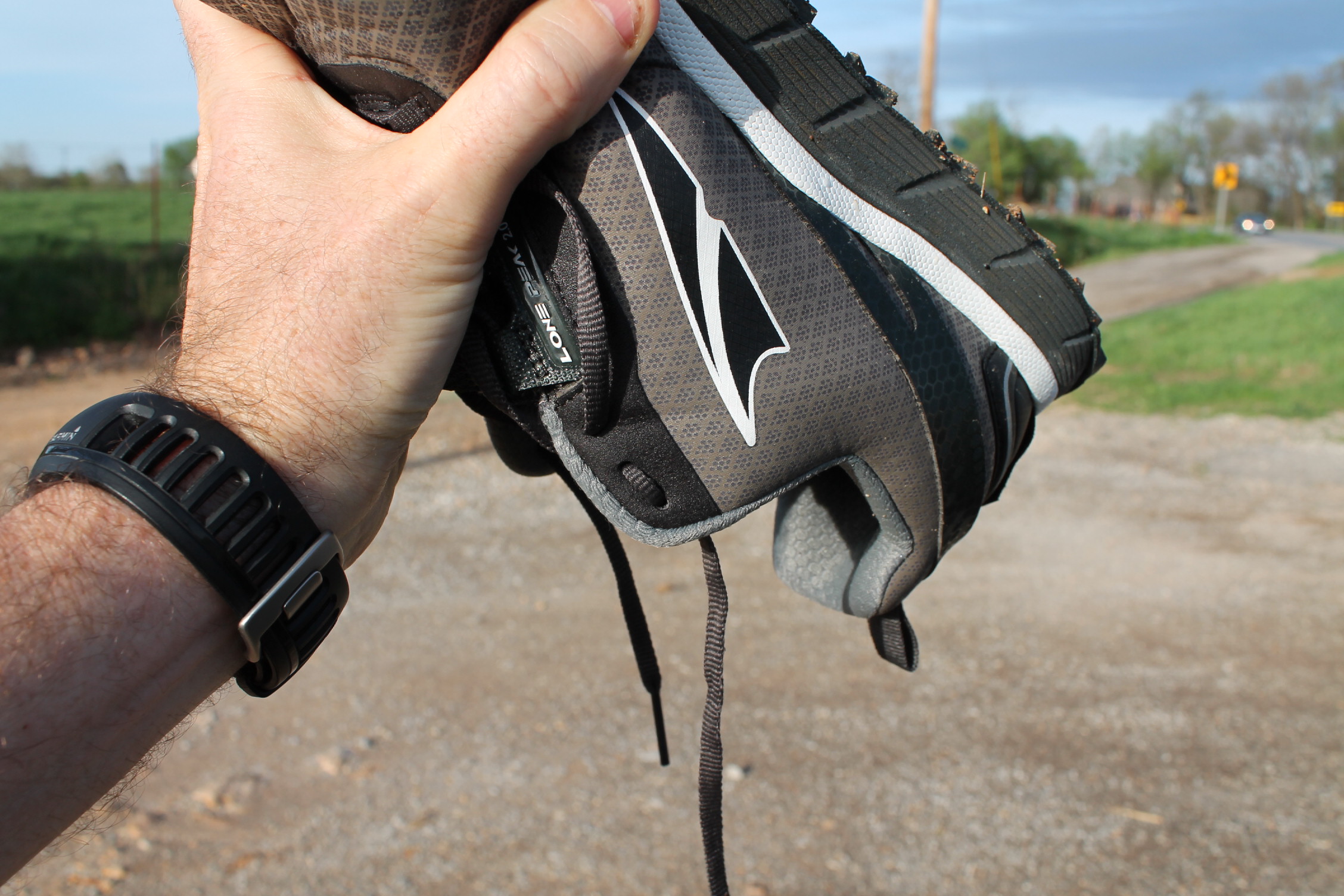 It had rained a few days in a row before the Quachita Trail 50 miler so there was plenty of mud on the trail. I intentionally ran in muddy sections less than 3-4 inches deep so I could test the Polartec Shell. I didn’t want to step in any puddles or muddy areas that would allow moisture to enter over the top of the shoes. I was impressed with the waterproof outer shell. With water splashing and mud flying all around, my socks stayed dry the entire time. At the end of the race I pulled my shoes off and my socks were bone dry with no water or mud being allowed inside. 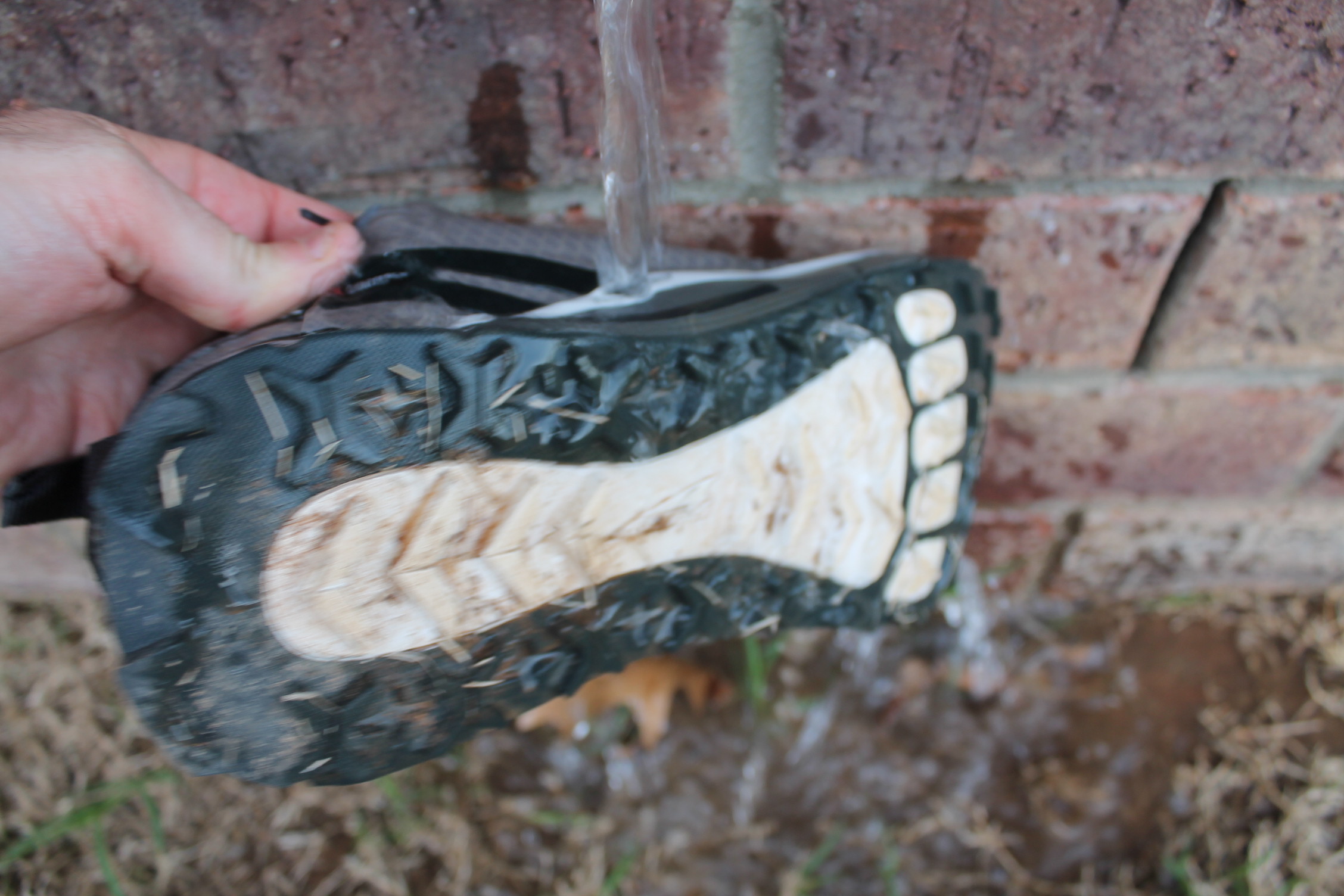 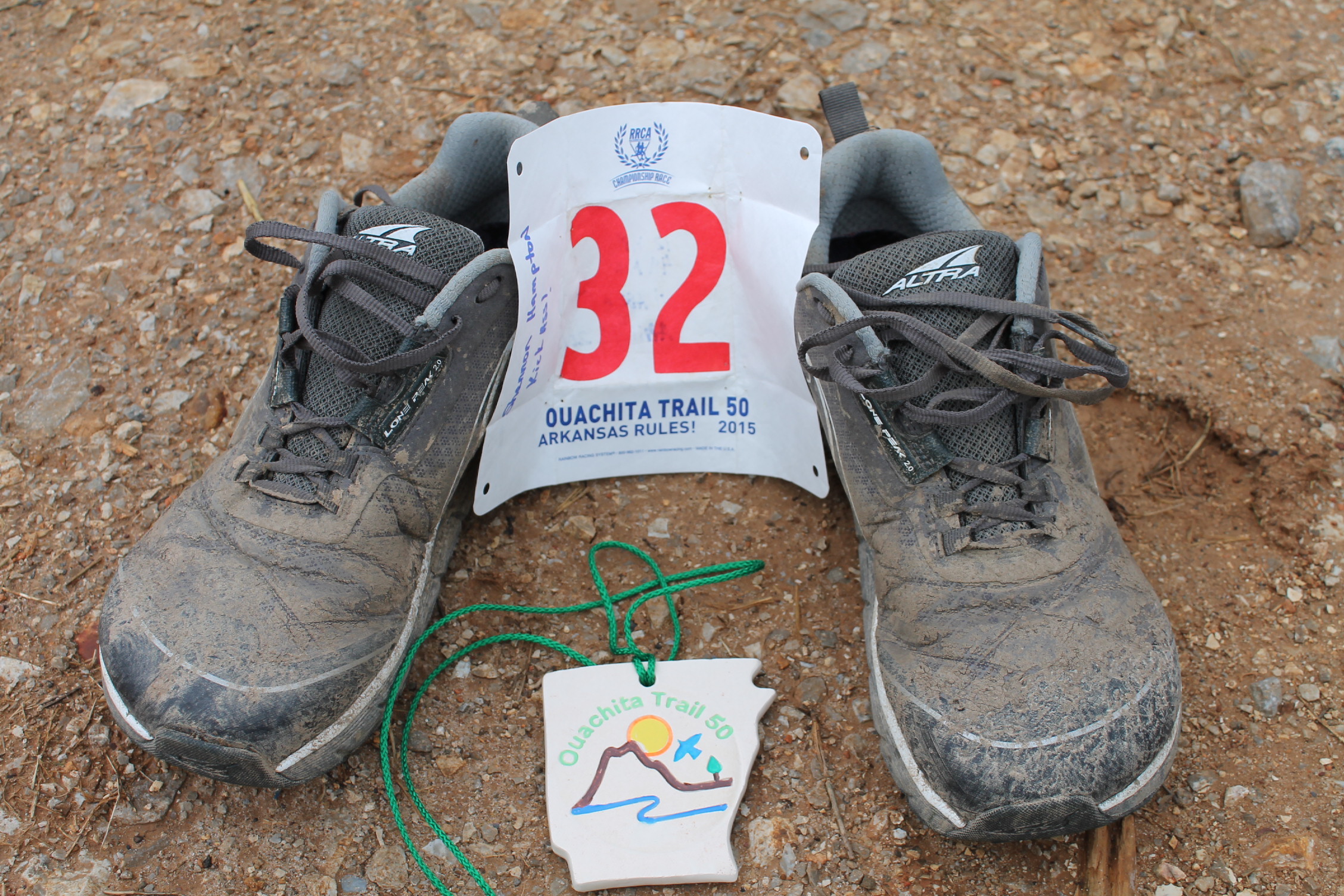 Overall I would give the shoe a positive rating. I would estimate a fair retail price to be $115-135. The shoe is ideal for the small to mid-sized runner who has a natural foot strike without excessive landing on the heel. The ideal terrain is that of clean or technical trails with mud but limit the exposure to creek crossings or deep water spots because once the water gets inside, it stays with you for too long.

Shannon Hampton lives in Bentonville, Arkansas. He is an avid runner in the local running community where he enjoys running everything from road half-marathons to 100-mile trail races. He will run the War Eagle 50k Trail Race in June in Rogers, Arkansas and is planning to run another 100 miler this Fall to get his name in the hat for Western States.