I was recently in a small market in Mendocino, California buying this beer when a lady behind me in line noticed my purchase.

“Have you had that beer?” she inquired, pointing to the sixer of purple and black cans on the counter.

“Yeah, it’s amazing, isn’t it?”, my enthusiasm palpable, I’m sure. “And it’s a steal at nine bucks for a six pack. I can’t believe more people aren’t drinking it!”

“There must’ve been something wrong with mine”, she frowned, “it was sour.”

I can only imagine what look I must’ve given her, but I’ve got to believe it would be considered condescending in most polite situations.

Well, yeah. And still despite my interaction with this woman, the Anderson Valley Holy Gose Ale is my favorite Spring/Summer beer of 2015 and one that deftly combines “refreshing” and sour into a decently-priced beer available in cans. Score!  It’s also the beer I’d first put into your hands if you told me that you “probably wouldn’t like sours.”

Anderson Valley sits at southern part of Mendocino County in Northern California and is but a blip on map while traveling north.  I’ve been familiar with Anderson Valley Brewing Company for a while, as their Oatmeal Stout is one of the best I’ve had and the tap room is somewhat of a beer nerd haven.

Nothing special. Yellowish and orange and slightly murky beer with a hefty head that dissipates quickly. 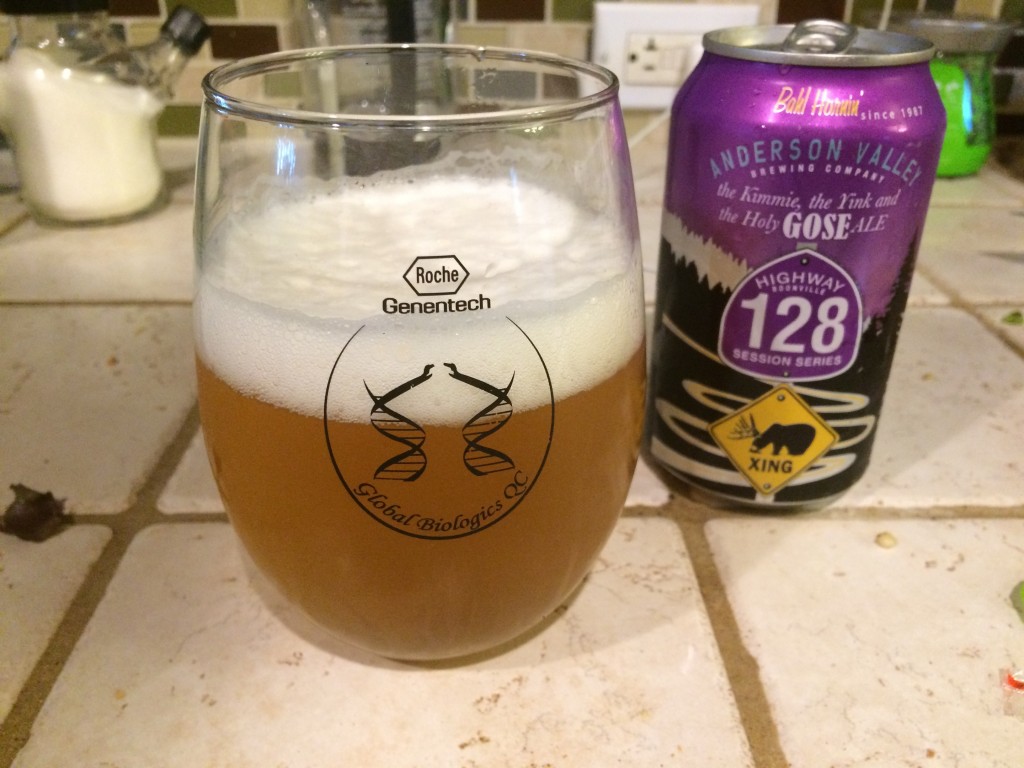 Definite tart sour. Lemon and sour fruit are in abundance.  There’s also a white wine (maybe Pinot Grigio?) nose to the beer which is interesting.

Spritzy for a sour with just the right amount of tartness. Lemons and guava are obvious, while the sour tartness is mellowed out by an almost salty-minerally effervescence that makes it perfect for a summer beer.  While studying up on the style for this review, I found that Goses were originally made with salted water in Germany…it all makes sense now and gives credibility to Anderson Valley for keeping this style real.

Style: Gose (pronounced like “rose-uh” but with a G.)

Price: I pay about $9 for a six pack, which is a ridiculous price. I’d pay $3/can and wouldn’t blink an eye.

Who’s this beer for?

This is an ideal beer for someone just getting into sours, as it’s a great example of a Gose style, without being too heavy and intense as some other sours tend to be.  It’s a fantastically refreshing summer beer that’s the first real “session sour” I know of.  I’d recommend this beer to anyone.

Be absolutely sure you try the Blood Orange variant on this beer, also made by Anderson Valley. It’s just as good, maybe better. 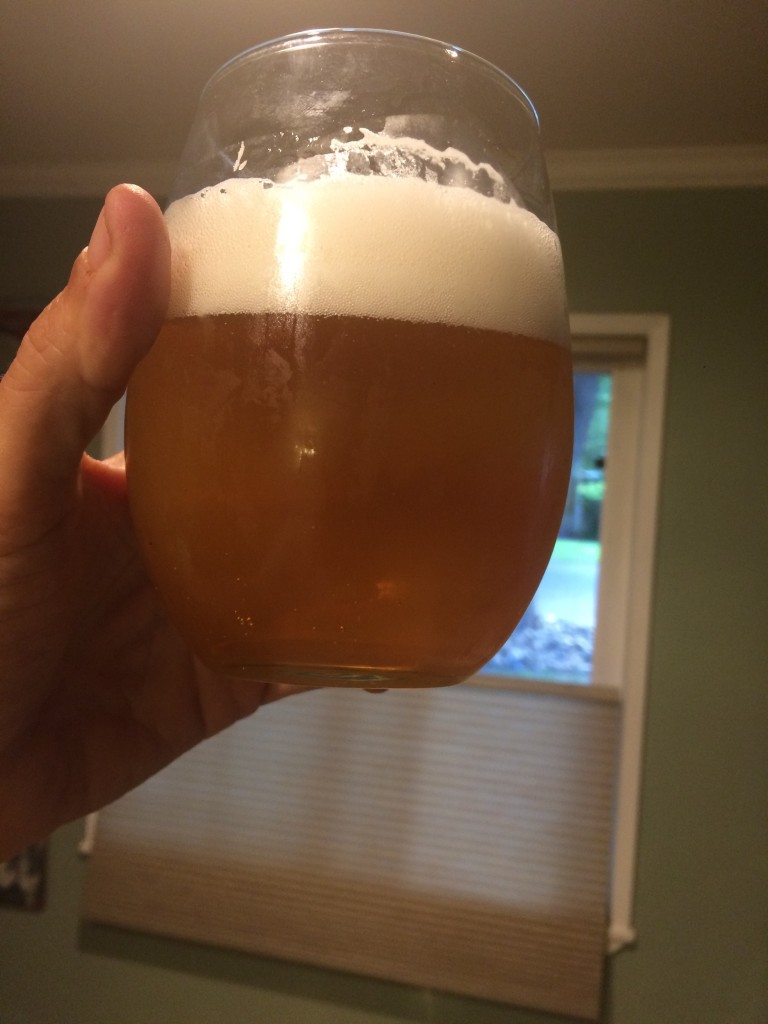 9 Responses to "Anderson Valley The Kimmie, The Yink and the Holy Gose Ale"