Last month, Andrew Miller became the youngest winner at Western States Endurance Run.  He’d worked hard in training, and although he was only 20 years old, Andrew still had six years of ultras under his belt.  Let’s find out what drove him to the finish line.

Note: For some reason, my audio mixing board freaked out on me and we sound slightly robot-ish.  My apologies. I like to put out a quality product, and this type of thing drives me nuts.  Better next time. 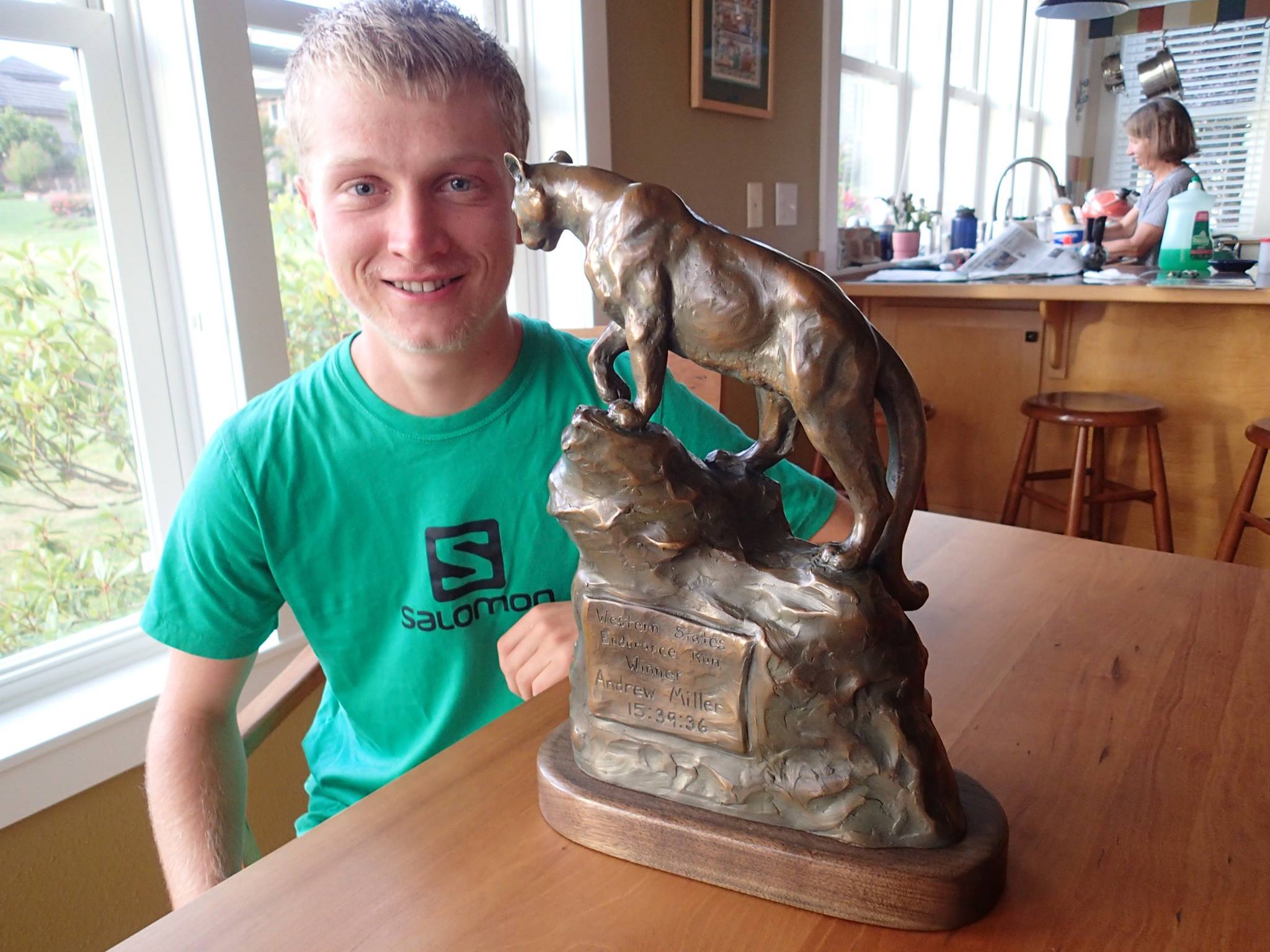 Ethan and I spoke with Andrew this week about his life leading up to the race.  His mom’s been running ultras for a while, and Andrew figured he’d enter his first 50k at 14.  Was there undue pressure? Did he run HS track and cross country? What drew him to the mountains?

And how did he prepare for Western? A strict coaching regimen, or did he self-coach in his spare time?  How about copious notes about his training?  You’ll quickly hear a pattern during this interview…Andrew does things his way.

We found that Andrew’s age obscures his wisdom and maturity when it comes to MUT running.  While other college freshman are partying, Andrew is running alone in the mountains, listening to old jazz records, hiking with his family, and preparing for his next big race.

Finally, we wanted to know how he felt about the attention given to Jim Walmsley after the race. Did he think it was fair? Was he upset by the lack of media for his accomplishments?

Here are the details about the Matt Flaherty show in Boulder on Saturday.  Hope to see some of you there.

Here’s the review of the Orange Mud Endurance Pack.