Andy Wacker has only run two actual ultras in his life, but both have been competitive USATF Trail 50k Championship races.  He won his first in 2015, then recently DNFed his 2nd when he fell at the FOURmidable 50k in Auburn, CA and ended up with a leg full of stitches. D’oh! 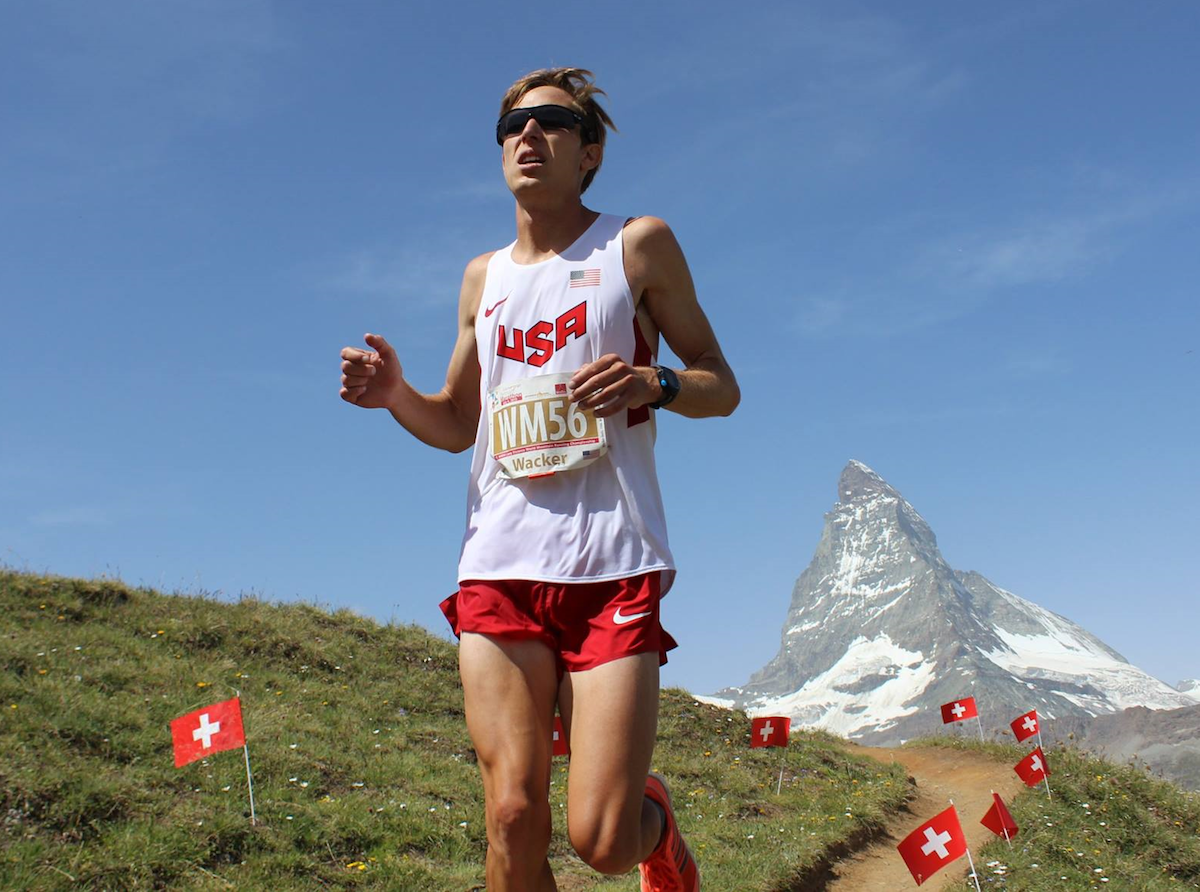 In this interview we talk about his history of running various distances and why he insists that he’s not an actual ultrarunner.  Never mind the distance, we talk about mountain running, staying fit with speedwork, and keeping life exciting by moving distances and terrain when boredom strikes.  Andy likes to train and race and is one of the rare runners who excels at the track as well as steep grinding switchbacks.  So what’s his secret?

Andy tells us about his weight (6′ tall and 130#) and how he believes that leads to his bonking every single time he races and how he adapts.  Why doesn’t he think training uphill helps, and why does he do so much walking in his training regimen?  He’s got some unique training tips that we can all use during our training and racing.

His goal this year: Three consecutive titles in the World Mountain Running, Long Distance Mountain Running, and IAU World 50k.  How’s that for multi-disciplined, especially when he plans to focus so much of the year on cross country.

Here are some other interview with Andy.

He’s sponsored by Adidas. Sort of.

The three shoes Ben previewed are the Salomon S-Lab Sense Ultra (The “Francois” shoe), the Salomon XA-Enduro , and the HOKA Speed instinct.

Outro music by The88.

7 Responses to "Andy Wacker – Excelling at Different Distances and Terrains"