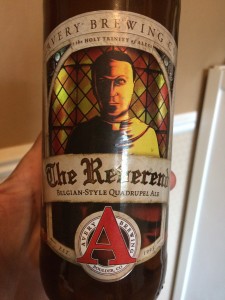 Just a damn great beer from Avery, but I’d call it more of a Belgian Strong Ale than a Quad.  The nose is boozy, the taste is boozy, and the ABV follows suit.  Great beer to share, as this sucker will toast your tastebuds for an hour if you drink the whole thing.  Dark, fruity, and delicious. 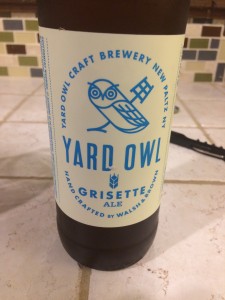 Yard Owl is a tiny brewery in New York that puts some very interesting–and very high quality beers.  This ale is no exception. While nothing stands out as “wow!”, it’s got a well-balanced, crisp and dirty taste to it that I’m not sure fits into any specific style I’m used to.  Yeah, it’s light, but it’s also got a depth to it that makes it more of a drinking beer than a casual beer. Definitely a good beer for a post-run party. 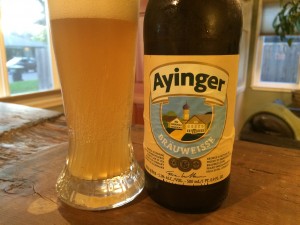 This was a surprise for me. It pours a cloudy light golden white and smells like a Belgian with bananas, citrus, and biscuits right up front.  Definitely not the “hefeweizen” that I was used to with domestic brewers, but this is of the traditional German style and tastes much more like a Belgian.  Recommended for dinner, porch drinking, post-run festivities, and beer parties. Not recommended for football parties. 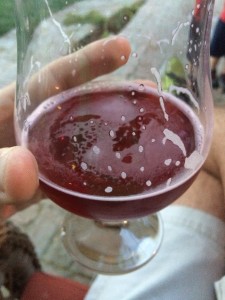 I’m continually impressed with the beers that the Lips of Faith series releases. This Kriek is an awesome example of a “holy cow!” beer through and through.  It looks like cranberry juice on the pour, smells like sour fruit, and has a super sweet finish. Transatlantique will appeal to those who like funky sour beers, and those who hate beer.

I love their La Terroir, dislike La Folie, and place this one right in the middle, but more towards the former. This has zero hop or malt flavor to it, tons of bubbles and sweetness, and a hefty sour punch at the beginning, but it’s definitely still a beer that normal beer drinkers should try at least once. 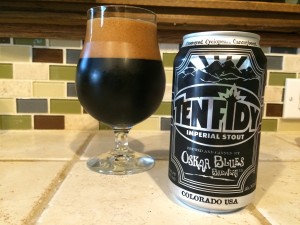 God this is a great beer. Ever year there are a few beers out there that exist as perfect representations of the style, and Ten Fidy is a perfect RIS.  Dark as night, chocolate-coffee, some bitterness, and super boozy, Ten Fidy comes in a six pack of cans that should savored slowly.  If you like dark beers, you have to have this in your fridge.