Ten years ago, Brian Morrison staggered across the finish line in Auburn, the first to do so at the iconic Western States Endurance Run.  Only problem is, he’d been assisted by his pacer Scott Jurek and the Board disqualified him for not completing the race under his own power.

Over the years, I’ve heard various versions of the story—how long he’d been out for, what his medical situation was in the ER, and who blamed who for what—so it was nice to hear it from Brian’s mouth.

In the decade since, the fateful day in June has haunted him every day, and in three weeks time, he’ll have a chance to get the gorilla off his back. Is he ready? How important is it? What’ll he do differently to ensure he crosses that finish line in one piece?

Brian is also the owner of the Fleet Feet store in Seattle, and Ethan and I chat with him about what it’s like owning a specialty retailer, hurdles he faces, what sells, and why some products do better than others. 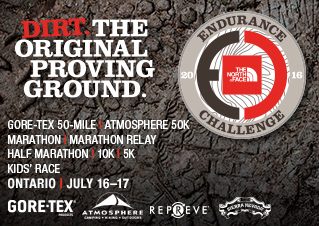 Episode is sponsored by The North Face Endurance Challenge, Ontario, Canada on July 16-17.  Use URP15 at checkout for a discount.

UPDATE: I was mistaken.  Brian was not officially disqualified from the race. According to Western States, he was considered a DNF at Robie Point, and his splits are reflected on this sheet, line 213.

Watch this: The video of Brian crossing the finish line.

Ben is pacing Brian at Western States this year. Here’s our interview with him from last year.

Hey! Take 20 seconds and vote for URP for the Podcast Awards, will ya?  Click on our button in the “sports and recreation” section near the bottom right, and be sure to confirm your vote. Thanks!