Dubbed “Caddyshack” because of the high number of Western States crew, friends, and support running the race, this weekend’s Broken Arrow Skyrace should be great to watch.

Run for the first time at Squaw Valley in Lake Tahoe (site of the 1966 Winter Olympics and the Western States Endurance Run), the event hosts a VK on Saturday, followed by 26k and 54ks on Sunday. Only the VK and ultra-distance events are Skyrunning events.  For more info on what constitutes a Skyrunning event and a history of the series, listen to this interview with Ian Sharman or visit this page to learn more about the series and scoring.

Starting at 6200′, the course has 11k’ of vertical gain on singletrack mountain trail high above Lake Tahoe.  Trails will be technical and challenging. Temperatures should be moderate, and today the site posted this to Facebook to allow traction devices (but that does not include plastic butt slides):

We are predicting that roughly 25% of the 54K course, mostly on the upper mountain above 8000 feet, will be patchy or completely snow covered. Nightly temperatures have been warm, so there hasn’t been much freezing, but we’ve changed our policy regarding traction devices and will now allow them. Please note that if you start the race with them you will be required to carry them for the duration of the event!

The men’s side is flush with San Francisco Running Company bros, some serious mountain experts, a scattering of west coast trail runners, and a few others who could easily end up on the podium. Let’s have a look:

Max King (Salomon) – 8th at Comrades a few weeks ago, but this is Max King we’re talking about. He’s the only US male who’s ever won the World Mountain Running Championship.

Tim Tollefson (Nike) – Tim’s had a good year and training is going well. In May he won The Canyons 50k on a super hilly course, and last month he won Silver State 50k, another hilly course in nearby Reno. He lives at similar altitude to BASR, so that should play to his favor.

Alex Nichols (Scott) – Doesn’t seem to have raced an ultramarathon since last fall’s Mt Blanc 80k, but has completed a few shorter local races recently. Strava data shows solid workouts. Axel’s got great climbing skills and will likely be on the podium.

Cody Reed – One of Jim Walmsley’s training partners from Flagstaff, I wouldn’t put anything past this guy. He just won Miwok 100k, he’s a Bay Area native, and knows how to run fast.

Sam Robinson – Bay area local, and an expert at trail races up to 50k. Knows how to win a race.

Dakota Jones (Salomon) – A solid 4th at Transvulcania 77k but has been dealing with a nasty foot injury for awhile. Regardless, it’s Dakota Freakin Jones (no, not that one), and you never what to expect from Young Money.

Ryan Ghelfi (Nike) – Two wins at local trail races in the last couple of months.  Always a contender, but still looking for a recent top finish.

Brett Hornig – 7th at this year’s competitive Way Too Cool and 12th at ’16 Lake Sonoma, Brett is hungry for a win and is getting off the most consistent training block he’s ever had.

Mike Aish (Mizuno)- Originally from NZ and ran in the ’00 and ’04 Olympics in the 5k and 10k respectively. Mike raced solely in Colorado last year with overall good results.  First at Quad Rock 25 miler this year.

Dark Horse Wild Bet: Tayte Pollman – Nineteen years old was 4th at the GoPro Games this past weekend, was 3rd at Moab Mountain Trail Run, runs xc at University of Portland and won a 16 mile trail steeplechase with 3k’ of gain last year. Member of the US Junior Mountain Running Team. I better figure out what this guy looks like.

Larisa Dannis (Hoka) – When she’s in shape, she’s fantastic.  Seems like she’s working back towards top fitness.  Larisa was third at North Face in December, 1st at the tough Ice Age Trail 50 last month and is focusing on UTMB next month.  She’ll be pacing Devon Yanko at Western States this year.  (Prediction within a prediction: Devon in top three at WS100.)

Joelle Vaught (Montrail) – Joelle’s raced twice this year, with two wins. She should be in top three on Sunday.

Anne Wheatly – Don’t know much about this East Coaster, but her ultrasignup resume is pretty stout. She wins (or podiums) nearly everything she enters and this looks like her first time racing on the West Coast.

Wild Card: Hilaree O’Neill (The North Face):   This is Hillaree’s first ultramarathon, but come on, she’s submitted Everest and Lhotse in 24 hours.  Girl knows how to suffer! She could blow up, or she could win it. I have no idea, but it’ll be fun to watch regardless.

Sarah Keyes – Sarah’s a nurse in New York and had a heckuva 2015, racing on both coasts, as well as in the southwest. Times and places have been good, including a recent 1st at Runamuch 50k in Vermont. The technical terrain should be familiar to her.

Brittany Peterson – Don’t know much about her, other than that she won Red Hot Moab this year, then took first overall (mens and women) at the Tillamook Burn 50k trail run a few weeks ago.

Emily Peterson – Fifth at Lake Sonoma and fifth at the equally competitive North Face Challenge in December, Emily has trail speed and will likely push the pace.

Julia Stamps-Mallon – Who knows? With only two ultra finish (7th at ’14 North Face, and 6th at this year’s Lake Sonoma), the former high school track/xc standout could make a strong showing. 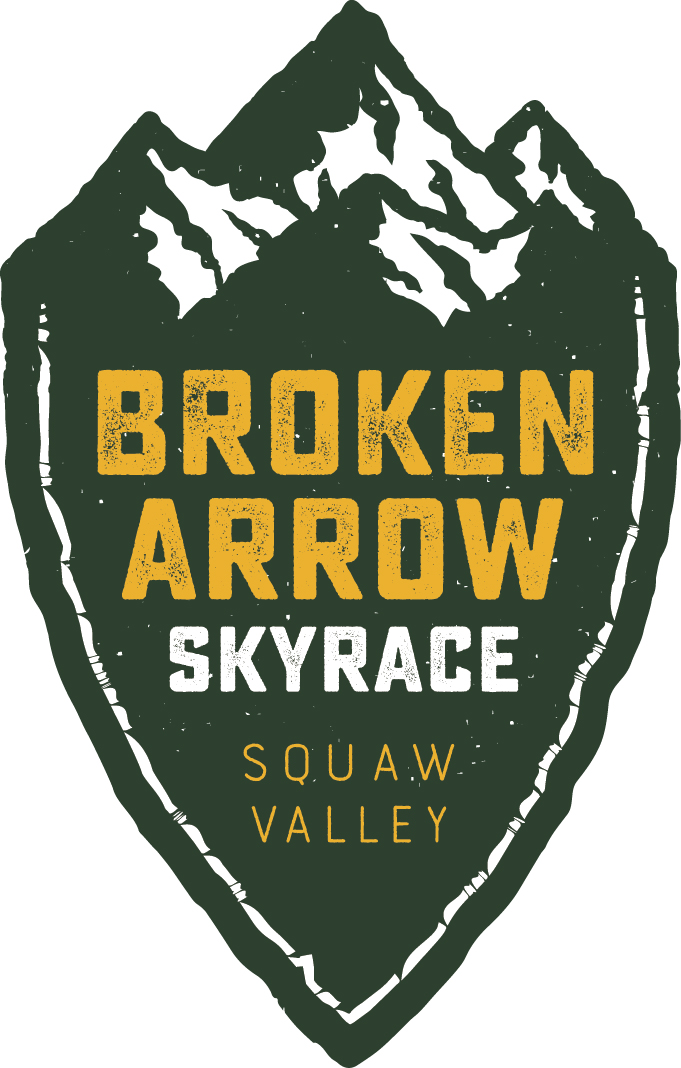 VK (Vertical Kilometer) runners will ascend over 3,100 feet in 3.3 miles to the summit of 9,000-foot Squaw Peak where they’ll navigate singletrack, ascends steep and technical off-trail talus, climb a freakin ladder and finishes on an exposed ridge above Lake Tahoe and the Granite Chief Wilderness.

From the race site:

“The Vertical Kilometer course will contain steep slabs of rock, potential snow slopes, scree and exposure. While it is attainable by all runners it may not be the best choice for those afraid of heights.”

Max King, Paddy O’Leary, and Galen Burrell are running both the VK and 54k.

Devon Yanko (Oiselle) – Similar in skill set to Caitlin, Devon is a multi-talented runner. Not sure if she’s running this as a warm up for Western or not.  She’s been on a roll (probably with butter) recently and is in shape.

Dealing with injury and rehabbing for CCC in August.

Kelsie Clausen (The North Face) – Kelise just graduated from Cal Poly this week, so she may be a bit tired from finals, partied out, or both. Or she may come to race.  Anxious to see her big smile tearing up the trails.

My Role at the Broken Arrow Skyrace:

Ultrarunnerpodcast is an official media partner for the race, and guest host Ethan Veneklasen is affiliated with the race in an official capacity.

I’ll be starting the races with my alphorn (in true Skyrunning/Alps spirit!) and will be the finish line announcer for the races.  Come say hi! My family and I are staying at Squaw Valley Lodge all weekend.  Anyone want to have beers and play big wooden instruments?