There’s something eerily intriguing about Strava, isn’t there? No time before have we had the ability to “watch” others training, cross training, and racing day by day and in such an open format.  We also get intimate details:  Where, when, how fast, with whom, which shoes?

And that’s just it. Running to me is a pretty intimate activity that I generally wouldn’t share so openly with others, but part of being a member of Strava is sharing that information, and I’m willfully compelled to do so. 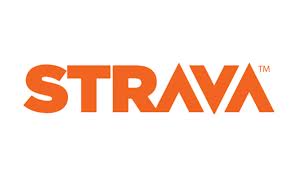 For those not familiar, Strava is a free site that allows users to share workout information (running, riding, skating, yoga-ing, etc) from their GPS device or directly from their smart phone.  Users can “follow” others and see how they work out  Members also have the ability to “hide” their workouts, keeping them private.  In addition, a competitive aspect exists where certain well run “segments” are tracked and a leaderboard is listed with names, times, pace, etc.  Hill climbs allow users to grab a KOM (King of the Mountain) and these are highly sought after.  Highlighting how serious people take these, a lawsuit over the “race” aspect of segments was recently dismissed.

So what have I learned?

Like peering into the window of a neighbor at night, much of what I see is ho-hum boring, but 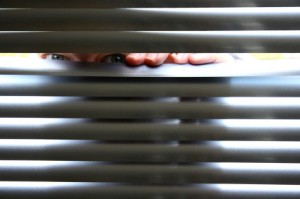 sometimes it gets pretty exciting…and often from people I wouldn’t expect.  I see what people do on their lunch breaks, activities they do as groups, what they do early in the morning, late at night, and I get to see who else is watching them.

I learn that some elites train at pedestrian paces.  20 miles at 10mpm pace doesn’t sound like a top runner workout, but for at least one elite, that’s a normal run.

I follow another top local ultrarunner who consistently races shorter races in the mid-5mpm pace with “cool downs” (his term) in the low 7 mpm range.

I notice that not many runners I watch do much track work, but tempo runs and fartlek-style runs are mixed in fairly regularly.

There are some prominent Bay Area runners who run a certain mountain nearly every day, taking a little off their PRs each month as the group expands.  Yeah, I wish I lived closer and could join them.

I notice that many mountain and trail runners do a tremendous amount of work on the roads, squeezing in runs here and there.

I get a kick out reading some of the names that members use for runs. “Like force feeding my dog pills. Didn’t want to do it, but I know that the rest of the week is no good.” Others are more direct with “Nice trail run with a fair bit of elevation.”  Oooh, I click on that one and see what an online friend from the UK considers elevation.

I’m living vicariously through many of the runners in the Alps right now gearing up for UTMB.  They’re reporting training runs on far-away trails with exotic names that make me itch to jump a plane to Switzerland. Many of these also indicate that others were with them, often identified by mere initials, keeping us guessing.

For those geeks (like yours truly) who watch leaderboards and KOMs, we get excited when a segment is bested, knowing that it’s just a matter of time until the previous leader gets an email letting him or her know that they’ve lost the top spot and their presence is requested to retake their throne.

I get upset when segments are held by people who don’t record activities accurately.  I have a 2nd place on a segment where my pace was bested by someone who ran in the mid 3mpm range, clearly showing that she was on a bike and mis-reported her activity.

I learn how other runners deal with injury.  One run will be titled “fell and screwed up my knee” then they’ll take it easy for a week, adding cycling and yoga into the regimen until I notice their pace is back.

Some runners hide workouts strategically. I’ve been on trails and seen top runners, only to notice that that run wasn’t posted to Strava. Scoping the course?

On the exhibitionist side, I like how Strava keeps me motivated.  Yeah, I want people to know that I’m doing what I need to do to stay relatively strong. I understand that newer runners watch my running and I want to show them that if a parking garage is all I’ve got for “hills”, I’m doing repeats there.

I want them to know that it’s possible to run a hundred while only putting in 50-60 miles a week.

I also like chasing mini FKTs.  Brings out the true competitive spirit while I’m chasing a number, only to find out if I hit the segment goal upon my return home. (I use an iPhone and tuck it away, out of sight.)

So you won’t find me peering in your window at night, going through you old school training notebooks to check your workouts.  I’ve got no interest in what you did last week or last year. I want to see what you’re doing now. What kind of shape you’re in and how you’re racing.  I want to learn from you…how you rest, how you cross train, how you integrate speed work, how often you go for KOMs or segments.

Strava can be a bit nuts, sure.  It’s been aptly described as a bunch of competitive guys in one big e-pissing contest trying to outbest the other, but it can also be a fantastic learning tool that’s free and available to all.  So plug in a URP interview and check out the guest’s Strava record to truly get up close and personal with the top athletes in our wacky sport.

Now go out and run.

3 Responses to "Confessions of a Strava Voyeur"