The Canyons 100k is on the toughest part of the Western States course, a perfect seven weeks before the Big Dance. Ghelfi is running. Varner’s running. Magda and Larissa are in, and now Krar is confirmed as well. My guess is that we’ll see an even deeper entrants list as the race gets closer.  It’s a small-town race on a huge stage and I’ve got an entry to give away. Stay tuned.

From the No Ultra Content (and definitely No $h!t Department): Energy drinks cause hyperactivity in kids. This is news?

Jason Schlarb and his mullet have a pretty awesome race calendar for the year. Definitely quality over quantity.

And here’s a great interview with one of the nicest guys in the sport, Nick Clark.

Insightful interview with a Canadian who trains in Kenya.

Speaking of Canada, this guy took a DNF from the Arctic Ultra due to negative freakin forty degree weather and frostbite that covered his legs, arms, and hands.  Favorite quote:

He noted that, although he’s still in danger of losing his fingers, he’s already begun thinking about what he can do to better prepare to complete the event next year.

Sarah gets introduced to the wonderful world of trail running and treasure hunting called rogaining.

Perspective. I’m reading this article thinking…and? What’s so strange about this? Then I realized that most people find sleeping in the back of a truck strange.

Related to my issue, for sure: Chronicles of an endurance athlete’s wife.  Good stuff.

Thanks to those who’ve written in the past day.  I really appreciate the support.

And just as this is all happening, I get a little write-up in Running Times magazine. Print is out now, online edition this week. Thanks for including me in the list with Bill and Ethan. 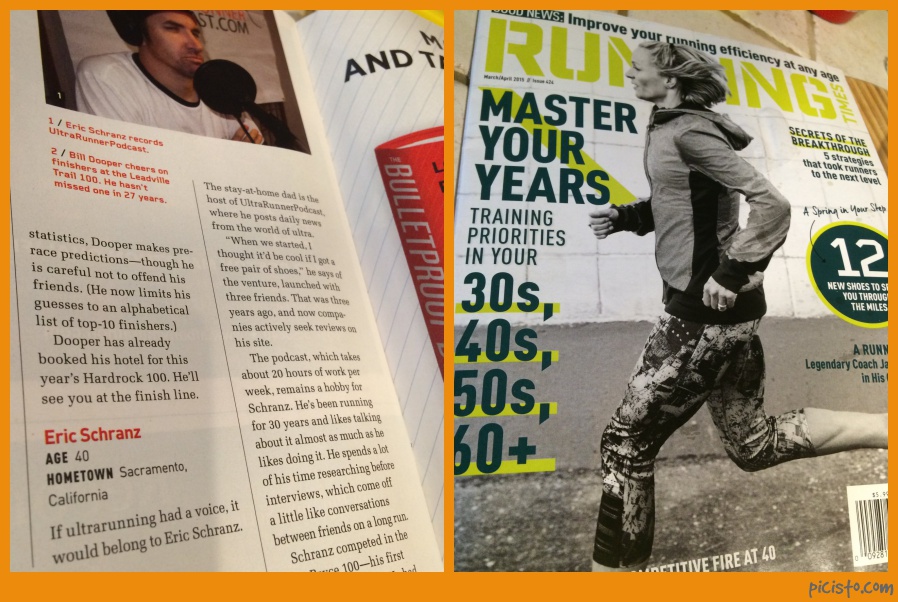 Do women really get a lot of grief when they run? Maybe I’ve been on the trails for so long I just don’t see it.

I’m happy I don’t own stock in Vibram. Who the heck is running that place?

The Oatmeal talks about a first fifty miler.

Jump rope workout for runners. I try to jump rope once a week, but can’t do it for more than 10 minutes before I get exhausted.

Holy cow: Timmy Parr did a snowshoe marathon in 3:49.  I’ve never raced or run that far on ‘shoes, but that seems really fast.

Black Canyon 100k is tomorrow. Tune into ultrasportslive.tv to watch it all happen live.

No URP Daily News on Monday. It’s my birthday dammit and I’m taking the day off.