Ryan Sandes has been reinstated as winner of Transgrancanaria, but DBo is still DQed due to a missing race number. I understand rules. I do. But I also understand judicial discretion and good communication, and neither appears to be the RDs strong point.

Funny: Ouch! This is where it hurts!

What gear did Scott Jaime take on his 486 mile Colorado Trail run? Here’s a video. 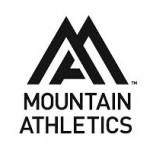 TheNorthFace has launched Mountain Athletics, a new line of clothing and workouts (that look pretty cool, by the way.) But the logo does look eerily familiar to Yassine Diboun’s group Animal Athletics.  Too close? Good for both due to the publicity? Animal Athletics isn’t making a stink about it (as far as I know), but what if the table were turned? What do you think?

Daylight Savings Time starts on Sunday. Good thing for your running? (no link, just a question.)

In other product news: Camelback has a filtered water pitcher now. Cool, but why don’t they combine the two products and make a hydration bladder (or handheld) you could fill with river water, and install a filter on that?

If you were on the wait list for Lake Sonoma, your chances increased by one. I withdrew this week, as it’d be reckless to start a hard 50 miler in five weeks, when I’m barely able to run four miles.  In other news, I started P90X yesterday (whoa, that’s weird, and double whoa, I’m weak!) in a hope to strengthen my body to prevent future downtime.

Do you have a tough time waking up for that morning run? Howabout a bacon alarm clock to entice you out of bed with the smell of hot pork fat?

So now high impact sports are good for your bones.

If you haven’t seen this video of runners stopping mid-race to thank a 95yo vet, you should check it out.

The deposed (and dead) former President of Iraq set a PR in the 800 at indoors this week.