Dax nails it. Do you run to stay healthy, or for some other reason?

Speaking of  that, stop your silly diet and just eat healthy. Another silly finding here. 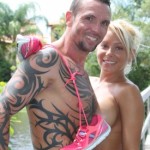 Ever run a race naked? No, as in naked? If you’re in Florida at the beginning of May, check it out. Some dude ran a 15:58 5k in the buff. Flap flap. Read a first timer’s account here.

Ah, a question without a clear answer: Should children run endurance events?

After a decade of going it alone, Wyatt has a coach and is changing how he runs. I’m anxious to see the results.

I wonder how this thing does on the trails?

Finishing up your peak marathon training in Iten must be pretty awesome.  I’ll be watching Boston to see how she does.

I’m guessing some people from the MUT community played a role in throwing the average here.

Jews vs Palestinians, Yankees vs Dodgers, Republicans vs Democrats….and bikers vs runners.

NUC, but if you’ve traveled internationally, Lonely Planet books have likely accompanied you. Here’s an interesting story about the 25 yo who’s running the company.

Dang, these training runs have 700 runners?

The boys at Ultra168 talk about the under-represenation of women in ultra running.  Maybe it’s just where I live, but most days you’ll find more women on the trails than men. 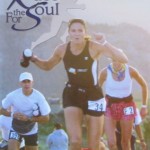 If you’re familiar with the Race for the Soul movie (WS100 documentary from 2001), you might remember Terry and John Rhodes. They met on the trail, got engaged on the trail, and married on the trail. They ran every step together, and she had each fingernail painted like a different aid station. She’s a 10 time Western States finisher.  She was involved in a freak accident last week (spa cover flew off a balcony and hit her) and she’ll likely never run her beloved trails again. If you’re interested in updates, find them here.

And two more podcasts coming out this week. One will be the final edition of the Lake Sonoma preview (Max King and Emily Harrison), and one will be with a guy I’ve wanted to talk with for awhile, but have always missed the boat. Hint, hint.