If you need a little smile and pick-me-up this morning, watch this video about the Javelina Jundred Dance Party! (and whoa, check out Gordy!)

…and I know it’s only Tuesday, so you might want to hold off on this video. Guillaume came to the US, ran 500+ miles on the best trails in the country, and filmed it all.  There are SO many trails I still need to run!

Did I say tough? Check out what Uncle Karl has planned for July!

You’ll need to know this: How to embrace the pain, by Ian Torrence.

The art of running solo.

Do you have enough iron in your diet? (The Ethiopian runners do.)

If you haven’t read about Kawauchi yet, do so now. Fascinating piece on marathons and culture.

Speaking of Japan, here’s the trailer for From the Trails, a new trail running film about running in Japan. 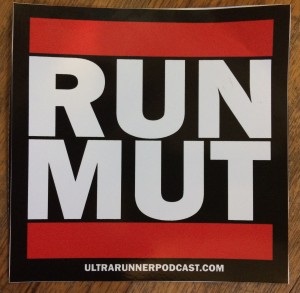 Didya see the new URP sticker? If you’d like to help out the site, the Donation Aid Station is the place to do it.

There are two spots left for Team RWB Trail Running Camp the weekend of Nov 14.  Run with some fun people and support a great cause. $340 ($50 off for military vets or active duty) includes all lodging, food and runs. Attendees include: Max, Liza, Pam, Dom, Meghan,Roy, Schlarb, Uhan, Sabrina…(and me!)

Hilarious race recap video from Surf the Murph in Minnesota.

Last bit on NYC. URP guest Oz Pearlman (the professional magician) finished in 2:25. Word is he was the first (and perhaps only) bare-chested runner in those cold and windy conditions. Tough!

NUC: Are a Canadian named Elizabeth Gallagher? Might be a cool way to run some international trails.

Ever been on a trail running vacation? Here are some options.

Did you know about the URP app?

Station note: The URP Daily News is generally out by 6am PST, but over the next month or so, there’ll be times when it’s delayed until 9am or so. I’m trying to squeeze my long runs in before the family gets up and it doesn’t leave a lot of time. Thanks for understanding.