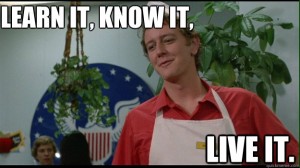 Learn it, know it, live it: Stephanie Howe and Ashley Arnold talk about post-race nutrition.

The day before the Marathon in Berlin, a couple thousand inline skaters took to the streets. The winner (accomplished both on ice and road), crushed the CR in 58:10…that’s 2:13 min/mile, or about 26mph.  I inline skate for cross training, and when I’m working hard 4 min/mile is painful. These guys are beasts.

Nine things you didn’t know about Kimetto. #9 is my favorite.

Ugly and the hiking sucks.

Why do I have a feeling this guy is a URP listener?

How often do you get chicked?

Good and thorough review of the Hoka Huaka vs Clifton.

Basti Haag–mountaineer, runner, climber, adventurer–lost his life this past weekend in an avalanche.  The web has been flooded with kind words about Basti’s effect on people.

Top 25 most influential in MUT running. Good for the most part, but needs some help.  Thoughts?

The ladies over at trailandultrarunning review a bunch of clothes designed for the fairer sex.

The Chatanooga Ironman sounded like fun! A dead body floating in the water and tacks and oil  sabotaging the bike portion. Yay!

Ben Lewis on running, DNFing, his fast wife, illegal chickens, and some rad pics from the Dolomites.

One of my favorite track guys Nick Symonds is writing a book. Here’s an excerpt, and it sounds awesome.