The picture below shows it all. With a pulk behind them and hundreds of miles of baren tundra in front of them, it takes a special type of athlete to line up at the Iditarod Trail Invitational. Alaskan transplant David Johnston has won the event six times in the last seven years, but this was Gavin Woody’s first attempt at the 350 mile distance. (There’s a shorter option, then there’s the 1,000 mile version.)

Six weeks prior to toeing the line at ITI, Gavin Woody ran the toughest ultramarathon in Europe….The 268 mile Spine Race in the UK.  And two weeks prior to the start of the ITI, David Johnston ran—and won–the freezing cold Susitna 100 miler. At the end of the Iditarod Trail Invitational, both men finished together, tying for the top spot.

This podcast episode is a recount of their preparation and a breakdown of their five days out on the tundra. For two guys who barely knew each other when the gun blew, they’ve developed a bond that few share. They talk about what they learned from watching an experienced competitor make a near fatal pacing mistake, and the joys and wonder of blue tarps and Budweiser. 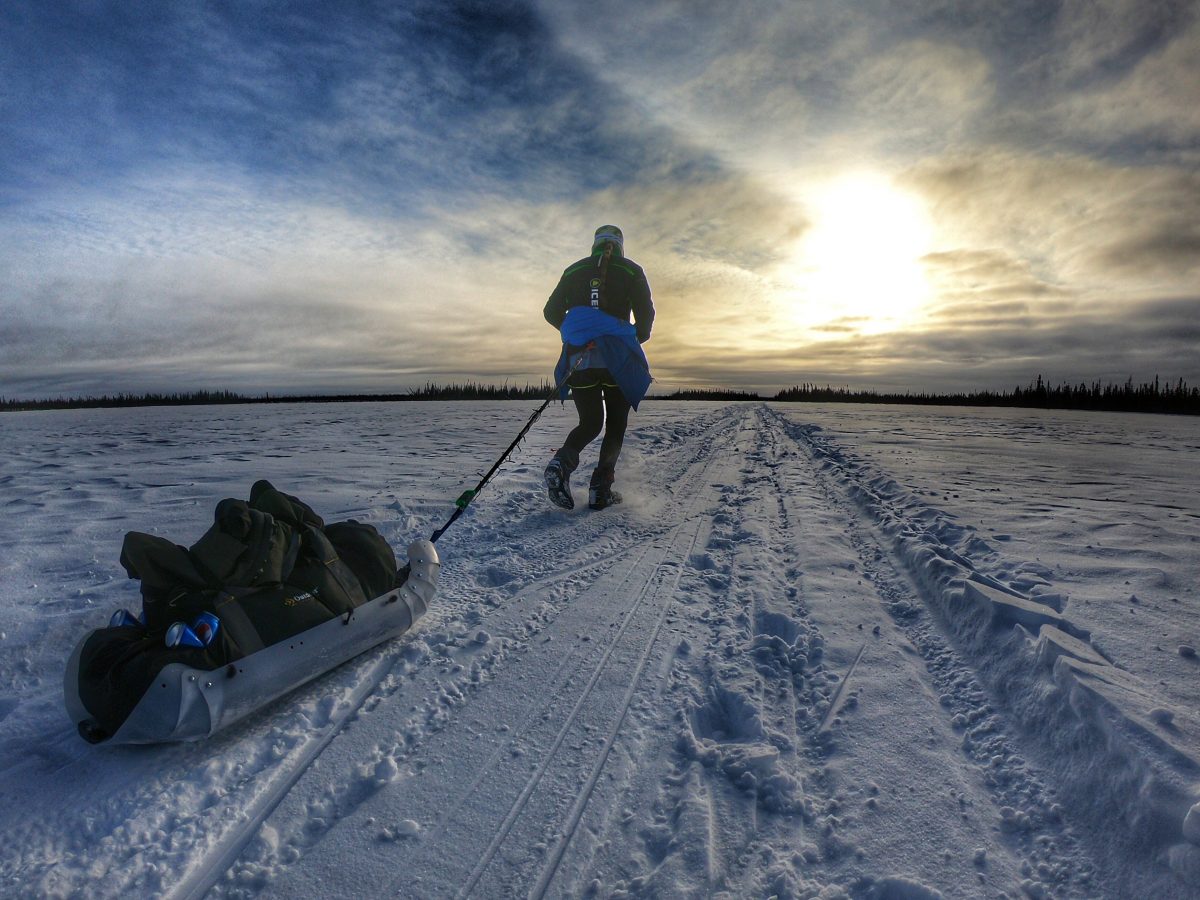 Here’s our original interview with Gavin Woody from January 2017.

Here’s the site for the Iditarod Trail Invitational.

Here’s Gavin’s interview with The Ginger Runner after his The Spine Race finish in 2018.

Here is Yitka’s excellent biography of Gavin’s life and adventures.

URP Gear Editor Ben Zuehlsdorf joins me at the end of the show to talk about his introduction to ski mountaineering/skimo.  We talk where, why, and how to get into the sport, he fills me in on his gear choices, and he talks about how he thinks it’ll help his trail running. Below is his gear lineup: