Dylan Bowman – What happens when a typhoon changes the race from a 100 miler to a 27 miler?  If you’re training is on point, you win the race.

In this interview, Dylan Bowman describes the best block of training of his life, as he focused on Ultra Trail Mt Fuji in Japan.  He used championship 50ks as training runs, used downtime to his advantage, and reflected on what he learned about his self confidence at North Face Australia last year

A typhoon in Japan had other plans, and that plan forced a massive course change that cut over 70 miles off of the course, changing the race from a tough 100 miler to a speedy fast trail marathon.  How did he deal with the big change?   Was there a gear issue?  How did he feel afterwards? Was he satisfied that his training had been put to good use?

We also talk about his new sponsorship with Red Bull and we get into some geeky talk about the vetting process that athletes go through with major sponsors. 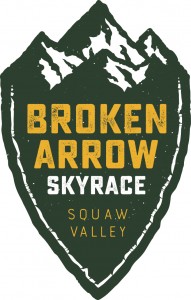 Here’s the NorthFace Hyper Air jacket Dylan recommended I take with me to the Himalayas.

And yep, here’s the story about Jim Walmsley wrecking the R2R2R FKT in the Grand Canyon.