Utah native Hayden Hawks blasted on to the ultra trail scene earlier this year when he showed up to the wild and competitive Speedgoat 50k and won the thing, beating some top level elite runners who likely had no idea who he was.

A few months later, Hayden traveled overseas to represent the US in the World Mountain Running Championships where he finished 4th overall, further raising questions about his rise in the sport.

With his name on the entrant list for North Face Endurance Championships and a lots of buzz around him, Ethan and I got him on the phone to find out more. 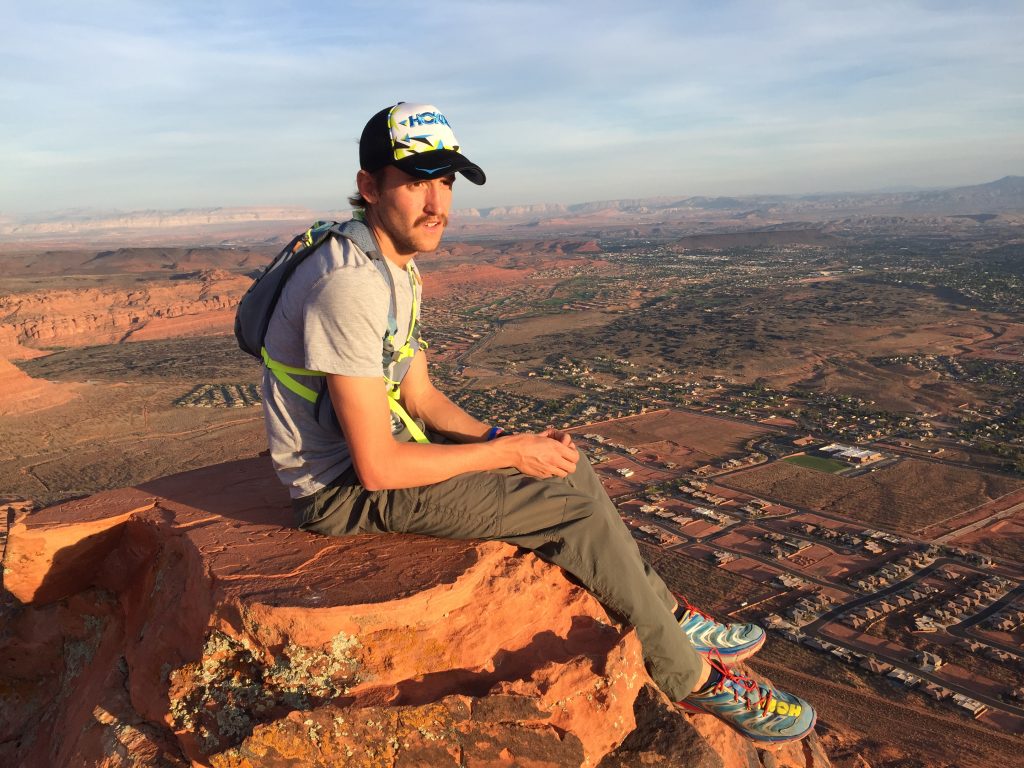 What we found was a laser-focused guy who’s taking his D1 All-American track speed, combining it with his upbringing on the trails and recent signing with Hoka, and looking to make a big name for himself in this wacky sport of ours.

What’s his race strategy? Go out hard, push harder up the hills, and win.  Talking to Hayden got us giddy with excitement at the thought of him, Jim, Zach, Cody, Tim, Sage, and others all going out at breakneck speed in the Headlands next month.

One thing is for sure: Keep your eyes on Hayden Hawks.

This episode generously sponsored by the C&O Canal 100 miler.  Held in Knoxville, MD on Apr 29-30, 2017, the race is run on a flat toepath and is perfect for first timers and those looking to lower their 100 PR alike.  Registration opens Dec 17…and it’s only $150! More info right this way.

This is the North Face Ultra MT Winter shoe we were discussing at the end of the show.

Here’s where you can find more of Matt Flaherty’s music.

5 Responses to "Hayden Hawks – Track Speed on the Trails"