Trust. It needs to be earned. The Hillsound FreeSteps6 Crampons ($40) earned my trust quickly. 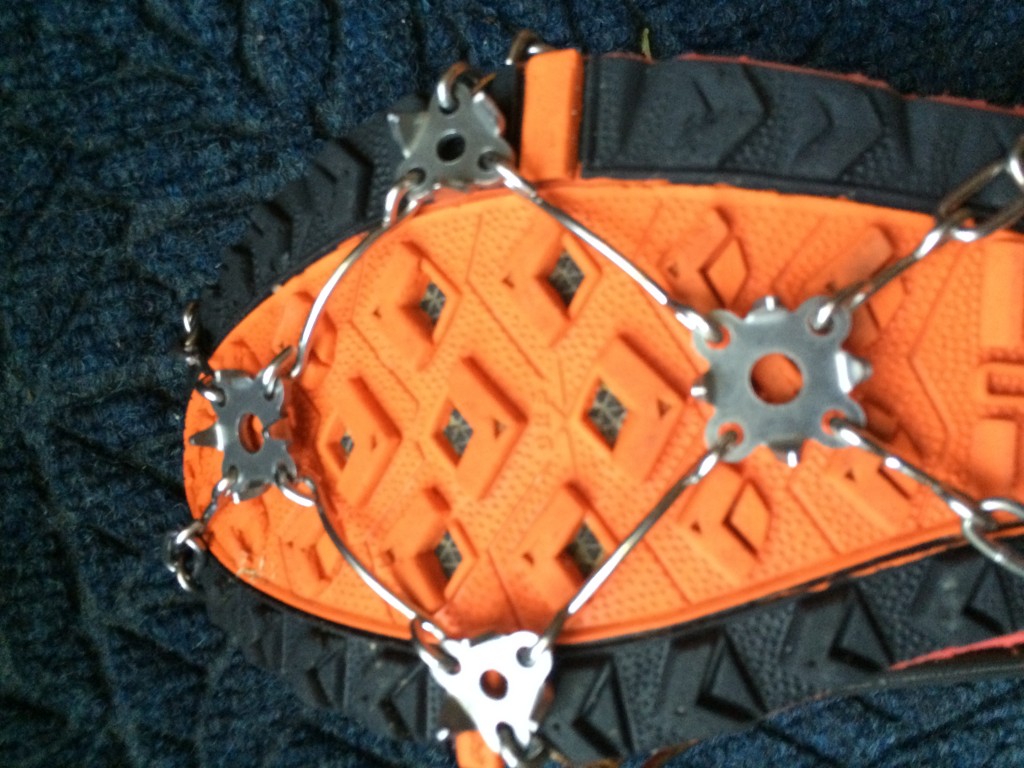 But, let’s go back to the beginning…

Having lived in New England my entire life, ice and snow are substances with which I am quite familiar. And, not being one to shy away from winter, I have had nearly all manner of winter apparatus strapped to my feet at one time or another. However, a lightweight crampon was new to me. Frankly, I was skeptical. 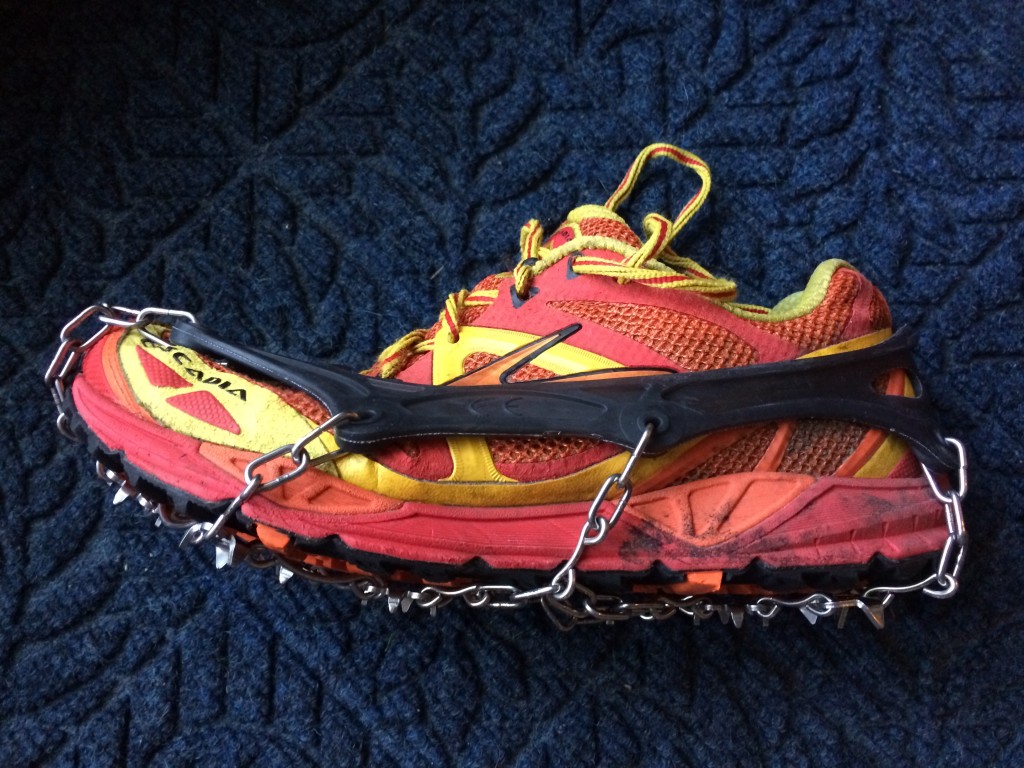 For running, I’ve spent plenty of time in snowshoes (Dion Snowshoes are the best!) or with screws in my regular trail shoes. (IceSpikes have been my go-to screw in recent years, since they offer better “bite” and durability to regular sheet metal screws.) When the trails are soft, I go with the snowshoes. When the trails are firm, I go with the screws. I couldn’t figure out why I would need something in between.

The Hillsound FreeSteps6 Crampons are the in-between. 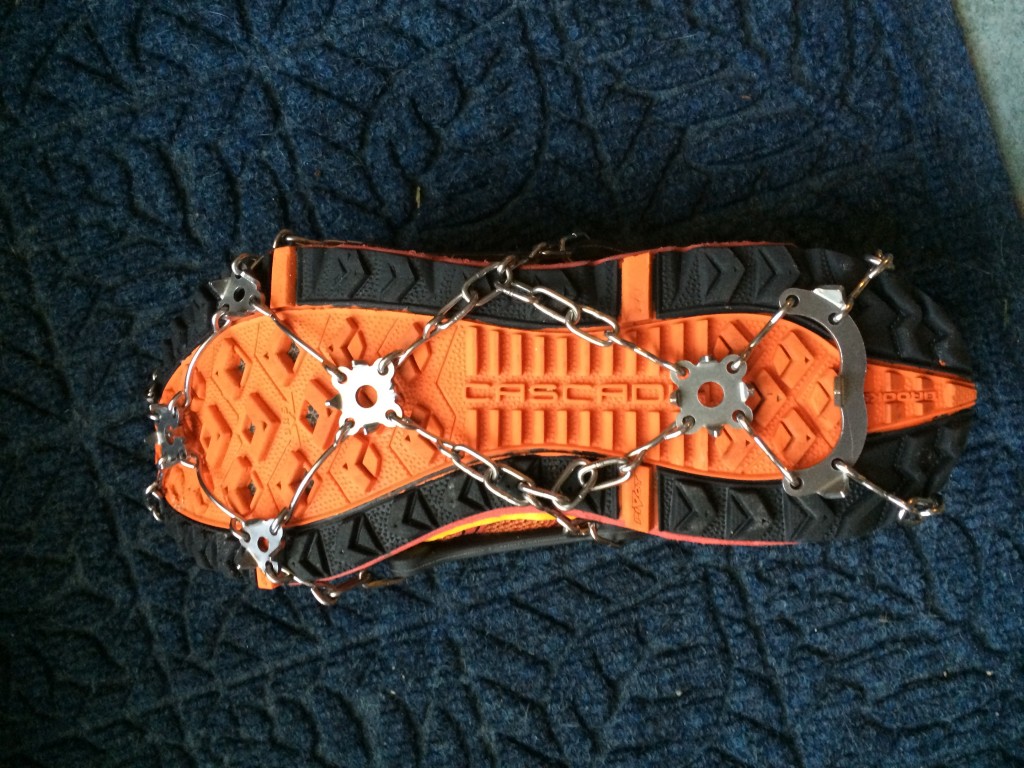 The crampon is made up of five star-shaped spikes, a c-shaped heel spike, and chains that criss-cross their way along the sole of your shoe. The pattern ensures that you have good coverage all around your sole. Think of it as a spider web of traction. The spikes are not so aggressive that you need to alter your gait or worry about tripping. On the lumpiest terrain, I did notice that I would catch a spike from time-to-time, but no more often than you’d clip a rock on a technical New England trail. Trail running in Maine often involves using the miles and miles of snowmobile trails that traverse nearly every corner of the state, so I’ve also crossed a couple roads, which aside from pangs of guilt, hasn’t seemed to cause any damage. 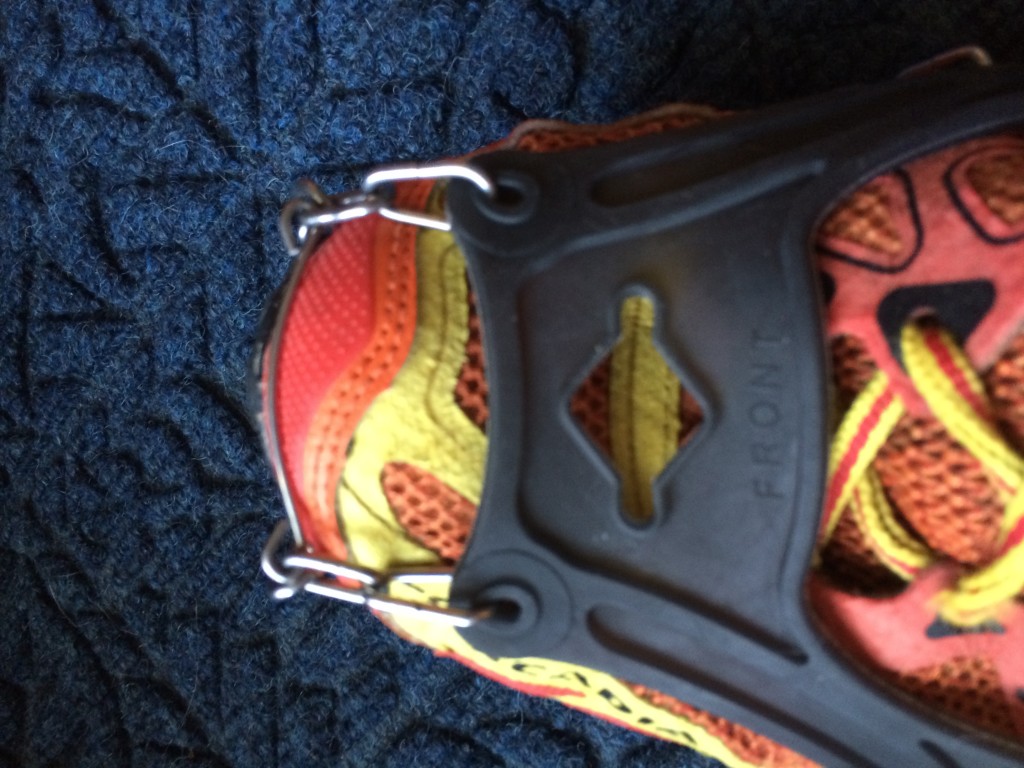 Hillsound calls the upper “Elastomer,” which sounds like a marketing term for rubber, because the upper sure looks, feels and acts like rubber. They also claim that they are easy to take on and off, and they’re right. I expected the removal of the crampons to be tricky, but they do slide right off your shoe by simply yanking them off your heel. Getting them on is easy, but you should expect to spend a couple seconds on each shoe making certain the rubber upper is comfortable, the chains are all properly aligned around your lugs of your shoe, and front toe-bar is in the right position.

My biggest concern was fit, and how an improper fit could affect grip. I have the exact right size for me—medium for a 9 ½ shoe. Because of this the chains are snug to the soles of my shoes and do not move around. With a loose fit, the crampons won’t be one with your foot, so to speak, and I would expect you could experience some slippage. A snug fit also limits the jangling that I’ve heard on some other runner’s crampons with a less than ideal fit. The one issue I found with the fit was actually in the upper. Because the rubber is so snug to the foot, it slightly alters the way my shoes fit my feet. The pressure of the rubber essentially creates an exoskeleton on the shoe and new pressure points. I have low-volume feet, so I’m more prone to additional slippage in my shoes. I expect that over the course of a long run (which I have not had the chance to do in the crampons) this could become an issue or at least more noticeable.

The only unknown for me is durability. However, I have taken the crampons out on trails that were a mix of solid ice and rock with no issues. The construction is solid. It’s only a question of how long the spikes will last, but I suspect for many miles. 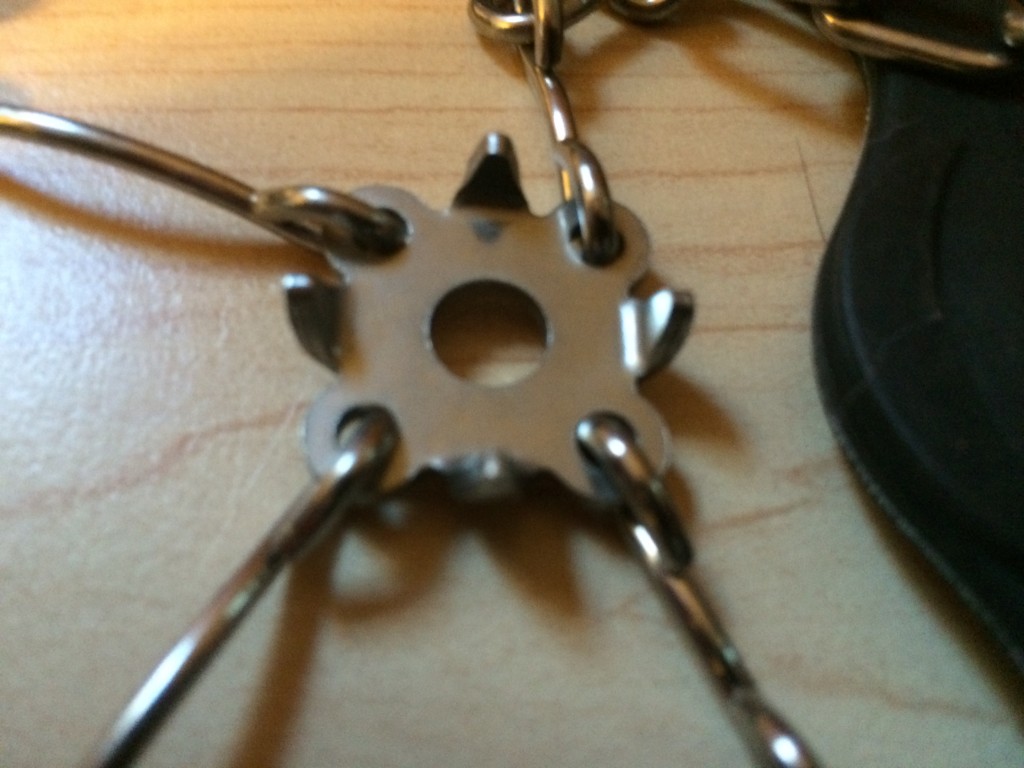 Now, back to the notion of trust. The most important factor with any traction device is trust. I’ve been on many runs during which I’ve lost multiple screws making each step more dicey than the last—not fun. I found I could trust the Hillsound FreeSteps6 Crampons almost immediately. I’ve used them for both running and hiking on a variety of trail conditions. I’ve taken them up a mountain on the Appalachian Trail and on short trips around the neighborhood trails. The best thing I can say about them is that I often forget that I’m wearing them. For snow-covered roads, I’m still going to stick with screws, but for hitting the packed singletrack or snowmobile trails, these crampons are a great option. I trust them completely. 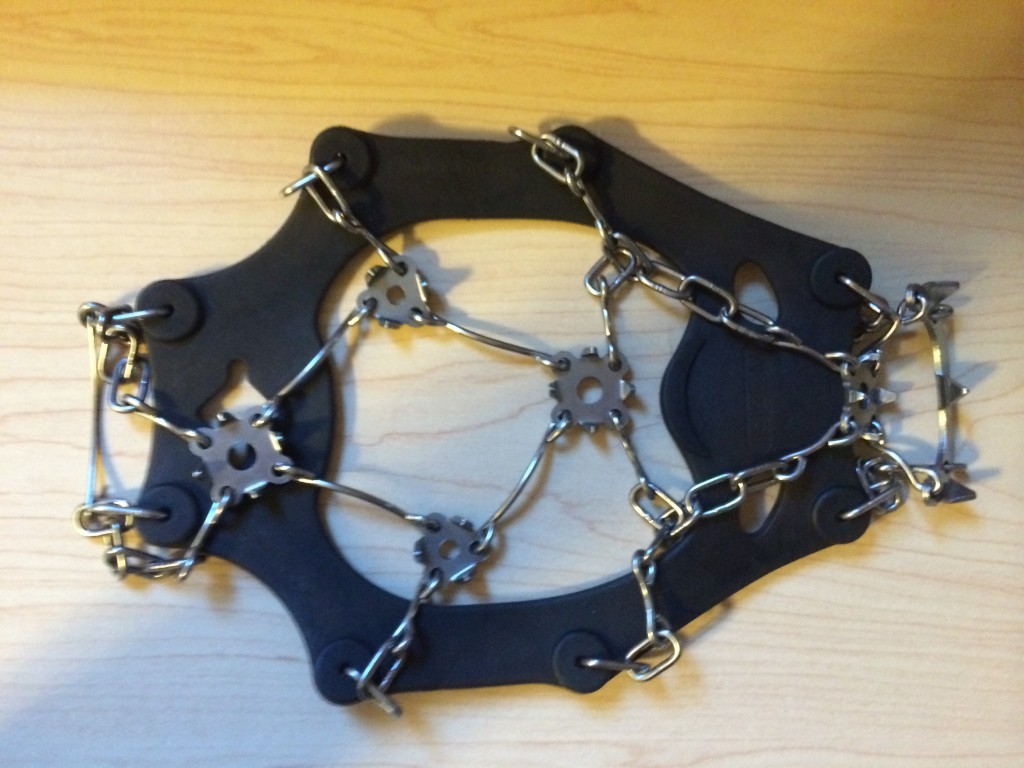 This review was written by Ryan Triffitt from Portland, Maine. I interviewed Ryan a few years ago  after his first 50 miler right here. He (occasionally) blogs here.

Full disclosure: This product was provided to URP/Ryan for testing purposes. No expectations were given and all words and images are our/his own.