HOKA One One Clayton Review and Comparison with the Clifton

After my less-than-stellar review of the HOKA One One Cliftons last year, I had to amend my post when I found out that I was running in prototypes that hadn’t been worked out yet.  Oops!  The production models went on to be my favorite road shoes of the year (along with the Salomons here), and I even went on to make a pair of HOKA slippers after the Cliftons had come to the end of their life.  When the new HOKA One One Clayton hit the scene, I jumped at the opportunity to review them, but not wanting my love for the Clifton to cloud my senses, I asked Jade to review a pair along with me.  Here’s what we thought: 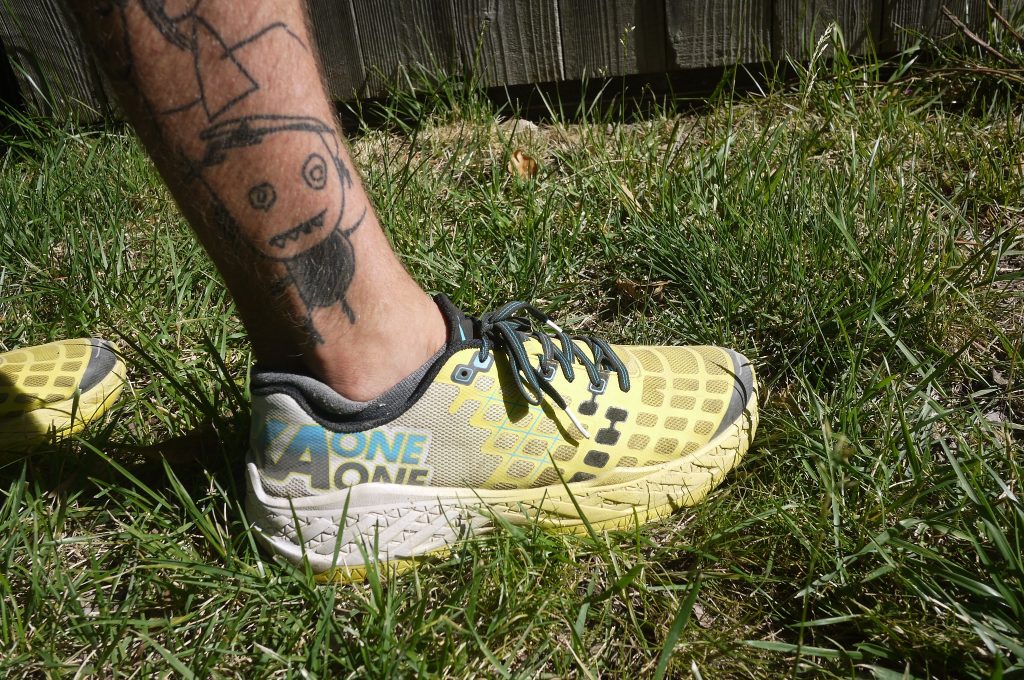 I once had a brief affair with HOKAs. Nick and I were on a week long trip from San Diego, California to Flagstaff, Arizona and had stopped in Palm Springs while en route. Next door to our lunch spot was a running store and, being the running fanatics we are, we walked in…only to walk out with a pair of HOKA One OneChallenger ATRs for each of us. We spent that week running canyons in Sedona, exploring abandoned ghost towns near Quartzite, and hiking cinder cones in Flagstaff. The shoes performed well and we were in love with them.

When we returned, however, it looked as though our shoes had gone through several 100-milers, a blizzard and maybe a hurricane or two. As in, the fabric had ripped, the tread had worn down and the laces were already fraying. Since then, I’ve lost my faith in the durability of the brand, also doing a reverse 180° by switching to running in minimalistic shoes–something that HOKAs are not.

As mentioned above, I resisted the brand for years, but then gave in last year and fell in love with the Hoka One One Clifton. It was fast, light, and somehow responsive. I ran trails, speed, and junk miles in them and loved every step.  The quality didn’t stand out at either end of the durability spectrum.

It’s hard not to acknowledge just how light and bright these shoes are, but my immediate concern was the thickness of the midsole. Upon putting them on, I gained an inch and a half in height. Not necessarily a negative for a 5’5 female, but I was worried that these would have a serious impact on my sensitivity to the ground itself.

Reminded me a lot of the HOKA One One Clayton by looks, but took a bit more getting used to the feel.  Still very consistent with the HOKA line up of light weight, maxi shoes for hybrid terrain. 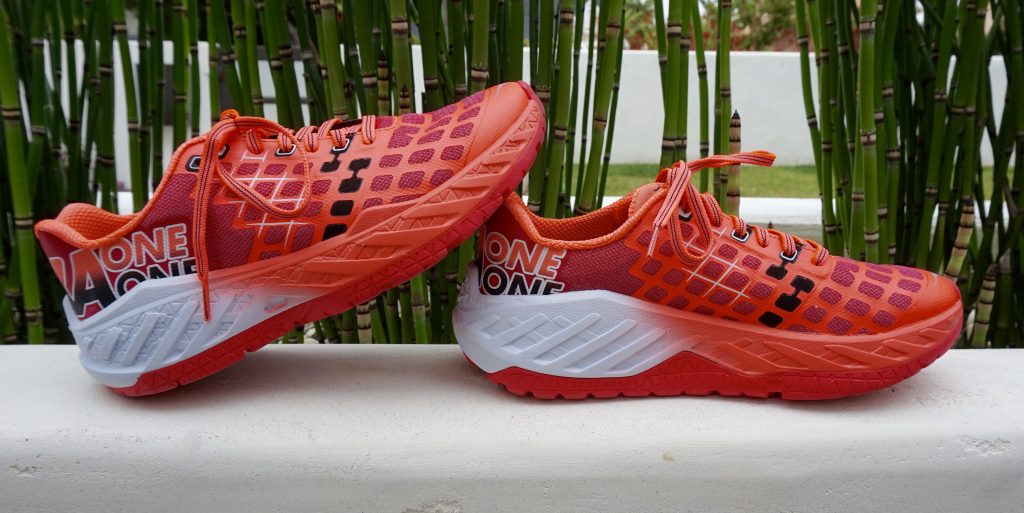 HOKA One One Clayton is a solid shoe for those who prefer maximalist shoes and run on hard surfaces such as road, asphalt or compacted trail. Also, for those who really love neon pink.

The Hoka One One Clayton was a little bit funky at first, but once I got used to the arch, the shoe has found its way into my weekly quiver of shoes. While very similar to the Clifton, this is a great replacement.

Stats of the Hoka One One Clayton 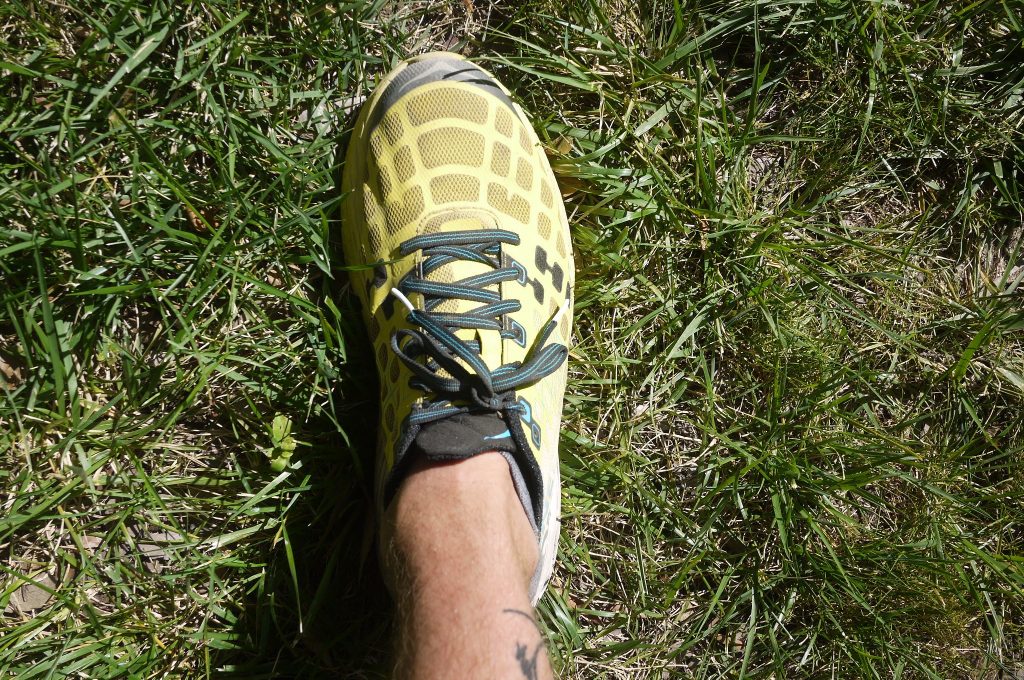 HOKA One One Clayton Construction

Jade: The new HOKA One One Clayton is beginning to change my mind-–at least in terms of durability.  The Claytons are solid; even after more than 50 miles of road/trail running, these shoes show little sign of wear & tear. The front half of the shoe is covered in a mesh material that allows for breathability and the upper mesh of the shoe itself is very flexible. The sole of the shoe incorporates HOKA’s Pro2LITE technology, allowing for a softer forefoot and firmer heel. Additionally, rather than the rubber found in most running shoes, HOKA uses RMAT for “high-rebound and cushioning traction.” The laces, despite feeling soft and light, hold their ties and the tongue is thin and light, capped with pink suede for both durability and a bit of style. And as for the color of the shoe? Well, it’s really, really pink.

Eric:  I’ve put about 200 miles on my HOKA One One Claytons and there’s little sign of wear.  Most of the miles have been road or decomposed granite, but they’ve certainly seen their share of trail, dirt, and mud, and they’re holding up just fine.

I’m not sure what all the marketing mumbo-jumbo means, but compared to the Cliftons, they’re just as soft with a more breathable upper. The mesh upper keeps my feet cool, drained, and breathable during these crazy hot weeks we’re having in Northern California right now.  In addition, the ankle collar on the Clayton is significantly less bulky than that of the Clifton. Though I loved the Clifton, I prefer the minimal material on the Clayton. 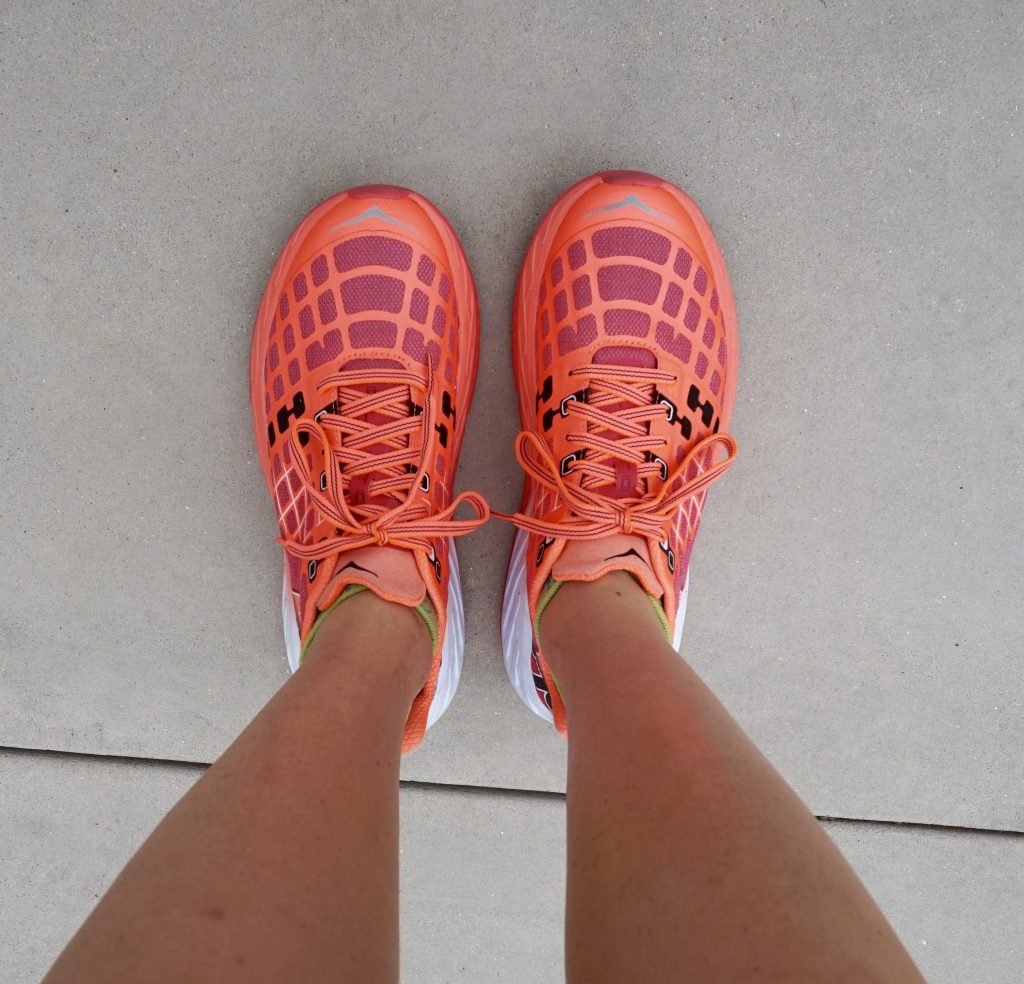 How They Fit Jade:

I have narrow feet, so my previous HOKA Challenger ATRs fit me well; the new Claytons are designed to fit the average foot, meaning that for those with Width B feet, these will feel comfortable. I found that the shoes didn’t hug my feet well. While I appreciated the wider toe box that allows for a more natural foot splay, I found myself sliding around too much. This left room for blisters to develop on the backs of my heels. Additionally, the arch is higher than other HOKAs. For some this may be a bonus, but I felt hot spots developing on my inner arches during my longer runs.

How They Fit Eric:

I have average feet and can wear just about any shoe. If there’s a narrow option, I’ll usually take it, but it’s certainly not necessary.  The HOKA One One Claytons fit  fine length-wise, though they did seem a bit wider in the toe box then the Clifton.  I certainly wasn’t floating around like I do in an Altra, but for those who like a tighter, more secure fit, know these run a bit hefty up front.  And as mentioned previously, the higher arch is probably the most noticeable difference between the two models. I greatly prefer the lower arch, but adapted to the HOKA One One Clayton pretty quickly.

To make sure I was relaying accurate information, I wore a Clifton on my left foot and Clayton on my right for a track workout last night. Temps were 100 degrees, and I could detect an infinitesimal difference in height between the two, with the Claytons sitting a bit higher. Other than that, the shoes felt the same.  (Much of this has to do with both pairs having 200+ miles on them, I assume.) 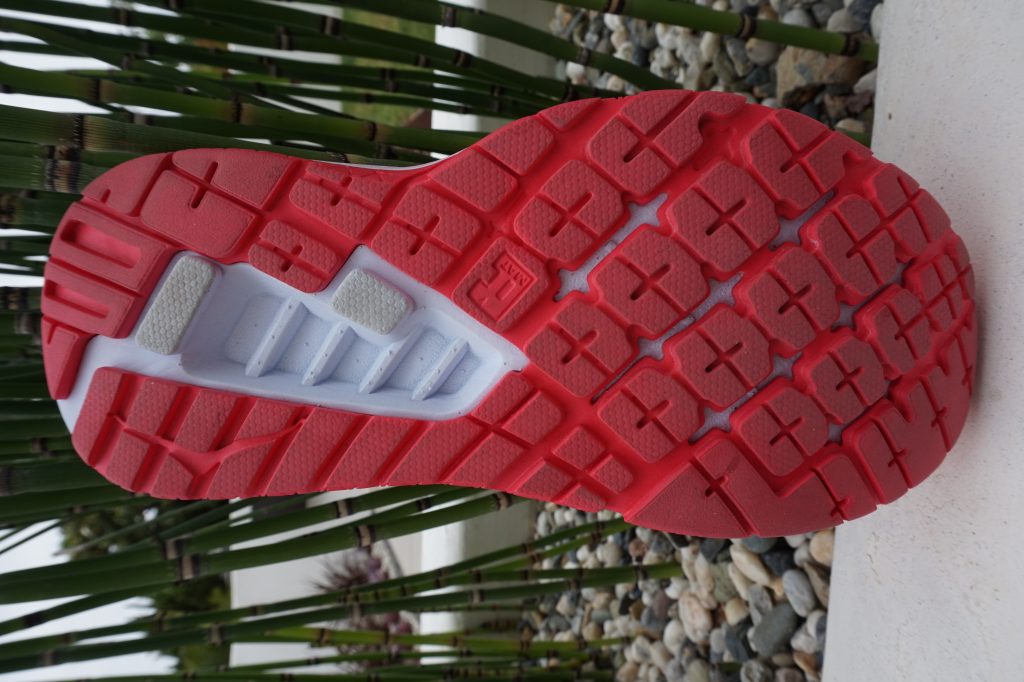 These shoes responded well on the road and on compact, smooth trails. As promised, they do feel light, fast and responsive but because of the significant cushioning, I felt myself forced into a running gait that didn’t feel natural or good for my body. Others may enjoy the forefoot propulsion, but for me it felt overly forced, as though propelling me to stay on my toes entirely throughout my run and adding strain to my calf muscles. While the Oversize Active Foot Frame may make it feel like floating on pillows for those transitioning to HOKAs, I felt the shoes made me feel clumsy at best and like a clown at worst.

Although these feel so similar to the Clifton, they don’t feel quite as fast.  While I’ve struggled with some other shoes feeling “sluggish” in the past, the HOKA One One Clayton doesn’t fall into that category. There’s plenty of responsiveness, they’re lightweight, and they feel fast.

Would Jade Recommend the HOKA One One Clayton?

If you have wider feet and want the extra cushioning without all the weight, then these are great–especially if you love the color pink! Since my experience wasn’t entirely positive, I wouldn’t suggest that those with narrow feet and preferences to minimalist shoes wear the Claytons. I would hate for others to experience the forced running gait and potential for blisters and/or hot spots.

Would Eric Recommend the HOKA One One Clayton?

For the runner who’s looking for a fast-ish weekly mileage maintenance shoes, this is a great choice. Likewise, a road or smooth trail 50k or 50M would suit these shoes well.  The runner may have to adapt to the higher arch, but give it a few runs and it should work out.

7 Responses to "HOKA One One Clayton Review"