Hoka One One Stinson Lite

[Note on transparency: I make an effort to publish reviews from a wide array of opinions. Sometimes we love the gear and sometimes we’re constructively critical, but I’ll always include both sides if available. Sean reviewed the Stinson Lites and, along with some praise, had some complaints about the performance. I’ve left both in his review below.] 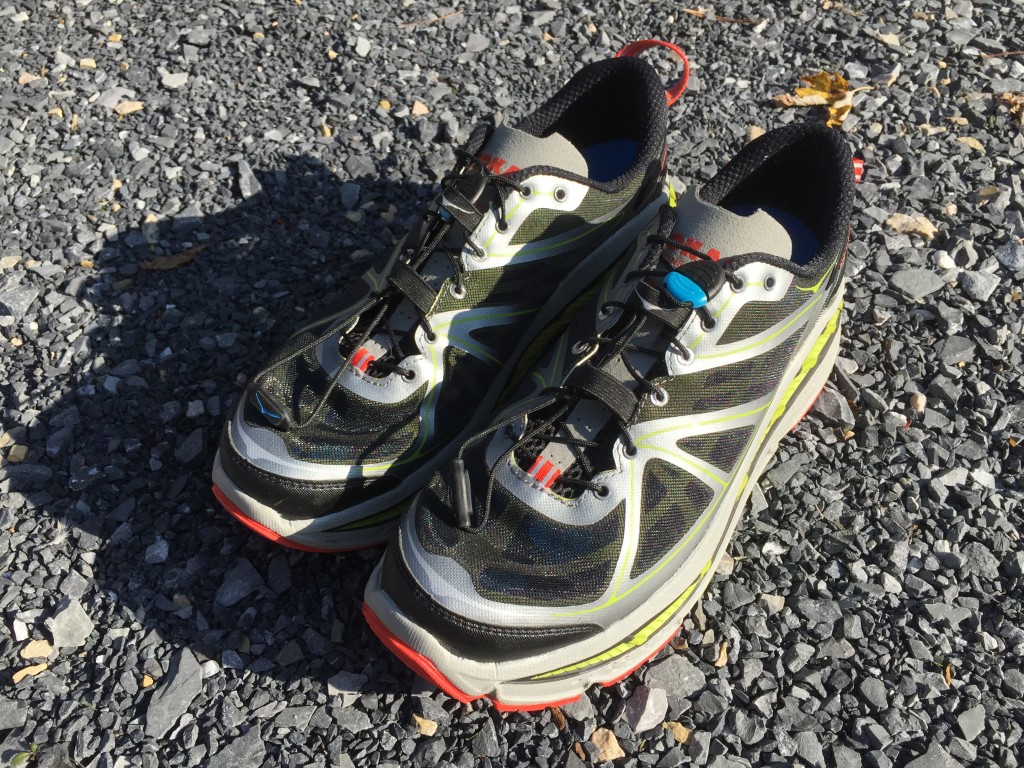 Summary:  The Hoka One One Stinson Lite is a quality built and durable shoe that is good for running on pavement but falls short in stability on uneven surfaces.

If I could describe this shoe in one phrase I would use the phrase “road tank”. The midsole looks extremely thick and the upper has a reinforced look to it. The outsole is almost completely covered in rubber as well, giving this shoe a durable appearance. I’m not new to Hokas (I’ve run in the Clifton and the Huaka), but when I put them on for the first time I immediately had a sense of feeling taller, and when walking around could feel the very soft and squishy maximum cushioning in action. 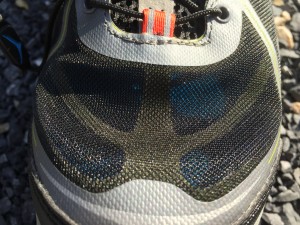 This shoe looks like it’s built to last. The upper of the shoe has a slightly more rigid structure that is the covered with a very thin–and surprisingly strong–mesh material that you can actually see through. There is also a plastic band of material that wraps around the heel for added support. I found the upper to be very comfortable, as there are no bothersome seams or areas of irritation to be found. Like all Hoka models, this shoe uses a very thin material for the tongue and I really think it adds to the comfort of the upper.

I would suggest going up a half size in this shoe. These were a half size up for me and they fit perfectly. 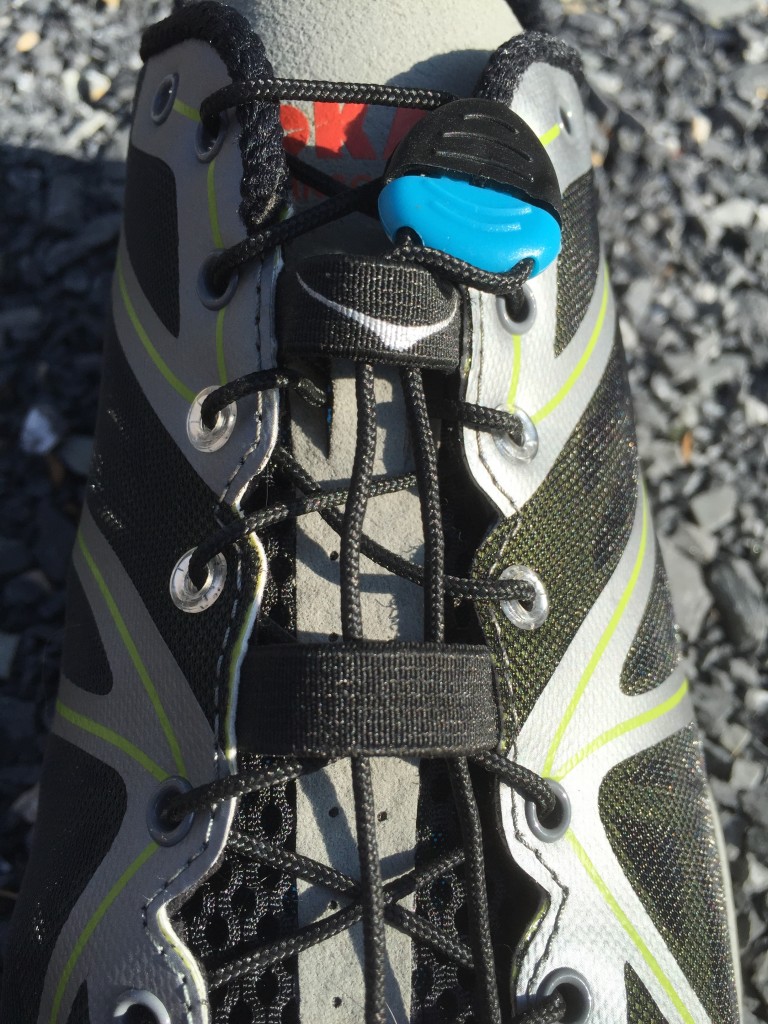 The shoe includes two sets of insoles and a pair of shoe laces in case you are not a fan of the speed laces that come standard that act as a sort of drawstring to tighten your shoes. I actually really like them, though I know of many who are not a fan. The two insoles that are provided can be used three different ways. One is thinner and flatter to use if you want more room for your foot. The other is thicker and and molds more to the shape your foot. The third way to wear the insoles is the thicker one on top of the flatter one. I tested all three variations and eventually decided to go with using both insoles at once. 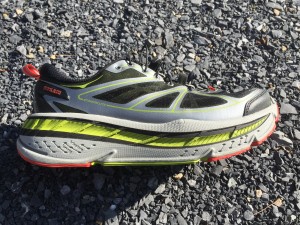 experienced it before. At first the shoe feels unstable laterally. I would find myself tensing up a bit when encountering uneven pavement grades or running through stretches of grass.  Though the Stinson Lite is marketed as a road shoe, every runner encounters some amount of uneven surface, grass, or trail, and I found it fair to test them there too.  After running in them for a good amount this lack of confidence subsided and I found that they were pretty easy to run in on mostly flat surfaces, although they felt a bit heavy on my feet.

I wouldn’t want to use this shoe on the trail where the terrain is constantly changing and calling for adjustments. Even after getting comfortable with the shoe there continued to be a slight feeling of instability.

They have a rockered sole which basically means they have a curved shape to them that allows the shoe to easily “roll” through the foots transition from foot strike to toe off. It really doesn’t matter which part of your foot hits the ground first with this shoe, its rockered sole accommodates all foot strikes.

These shoes are certainly the softest I have ever run in, and they really do feel like you’re running on pillows. I really thought that because of the extra thick/soft midsole that I would feel like I was running in quick sand but I found that not to be the case. They have a definite bounce to them and the rockered sole keeps your foot rolling forward trough toe off. 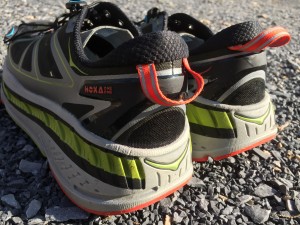 I started testing these shoes while in recovery mode and I noticed that they were a little easier on my body, especially my feet, though further testing revealed a few inadequacies.

These shoes are great for recovery type runs, daily cruising and long runs, though I couldn’t see anyone wanting to do speed workouts in the Stinson Lites. In my opinion, they’d be a great fit for a mid/back pack runner who’s focusing on road or track ultras. The extra cushioning would definitely make a difference over a long distances compared to traditional shoes–and that’s a good thing. The $160.00 price tag seems pretty steep but I could see this shoe easily lasting 2 times longer than a normal shoe based on its build and durability which could justify the price. 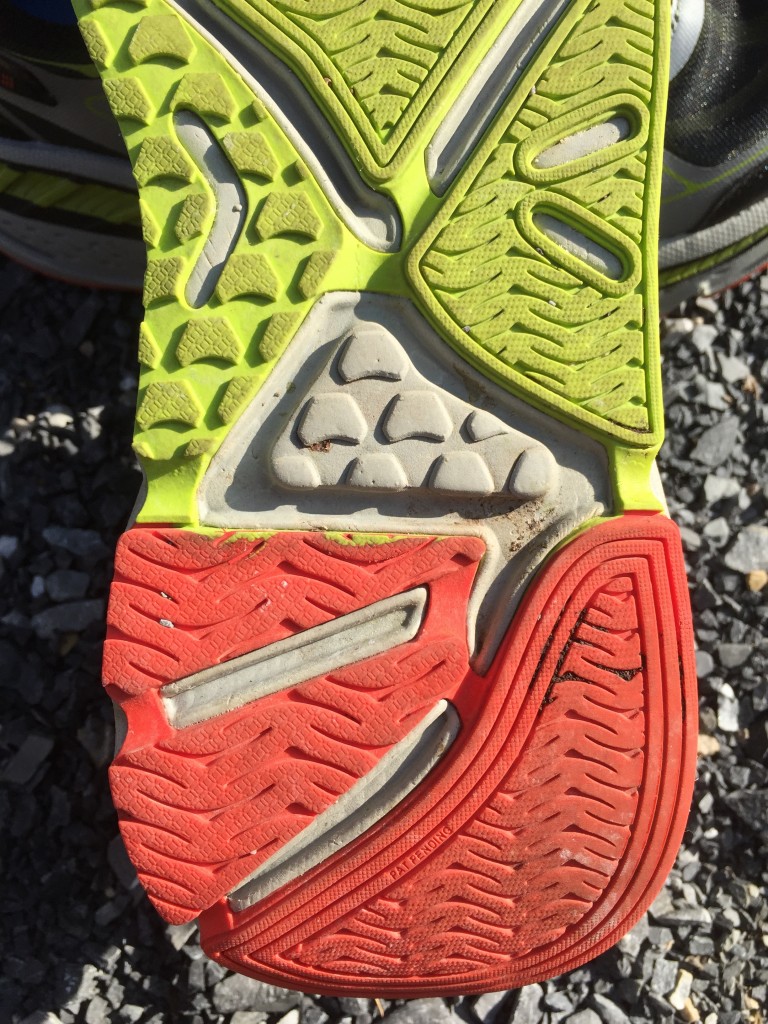 Overall I think there are better options available. At a certain point the extra cushion feels a bit overkill. I have run in two other pairs of shoes made by Hoka (Clifton, Huaka) that provide more than adequate cushioning and responsiveness without the enormous stack height, bulky profile, and instability found in the Stinson Lite.

Reviewed by Sean Felty, an ultramarathon runner (midpacker) who lives in Mechanicsburg, Pennsylavnia with his wife and 1.5 year old daughter.  He can be found running on the Appalachian Trail and the rolling hills of Cumberland Valley.

9 Responses to "HOKA One One Stinson Lite"