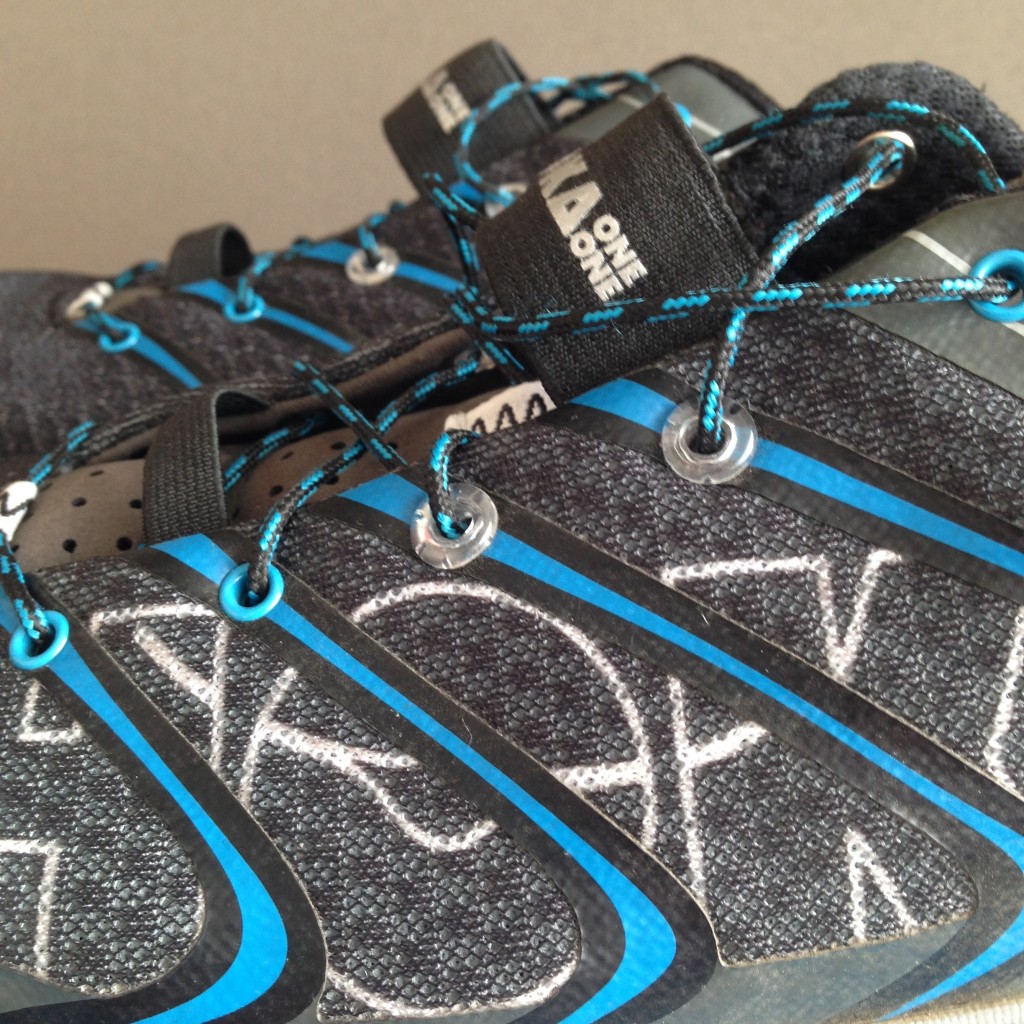 I am hooked on Hokas. I have been running in Hoka trail shoes for a couple of years now. It used to be that my work schedule allowed me to run trails in the afternoons. Work-life is 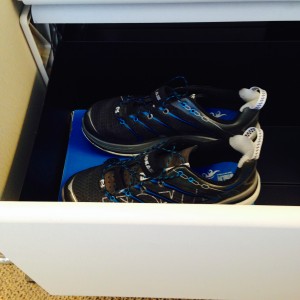 different, now. Getting those weekday miles is a challenge as I try to balance my running with family time. In order to make my running invisible, I need to run during my one hour lunch break. When I saw that Hoka put out a paired down performance road shoe, I got super excited! These Hokas are stowed away in my filing cabinet – filed under “Awesome!”

The word “minimal” and “Hoka” seems like such a paradox, one would think it impossible to combine the two in the same sentence, but that is what Hoka did with Rapa Nui Tarmac. Being so conditioned to beefiness of Hokas I was really surprised how narrow and light the shoes are.

These might be too narrow for some, so go try on a pair if you possibly can. You can definitely tell these shoes are meant for high performance (racing) – from a 5k to an ultra distance. Personally, a 50k is the longest distance I would want to go.

In my first couple of runs I was anticipating the “running on clouds” feeling I normally get from Hokas. I can’t say that this was the case for me. The “boing!” just wasn’t there. But this is a 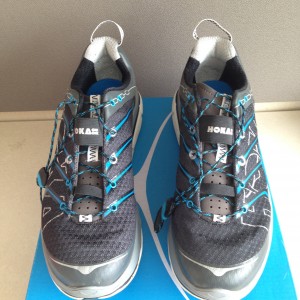 racing shoe, it isn’t going to have the same feeling.

It wasn’t until I changed my stride did I really feel the cushioning.  I opened up my stride, extending my leg and landing close to a heel strike – I had a softer landing and was able to get some momentum going. My running gait became more efficient and easier. I had switched from a mid foot strike to a near heel strike and noticed a big difference.

The back of my heel feels a tad loose, but nothing severe. The toe box feels roomy with enough space for my feet to swell. Again, these Hokas a really light – much appreciated when putting in a lot of miles. They are more stiff than I would like and took some getting use to. 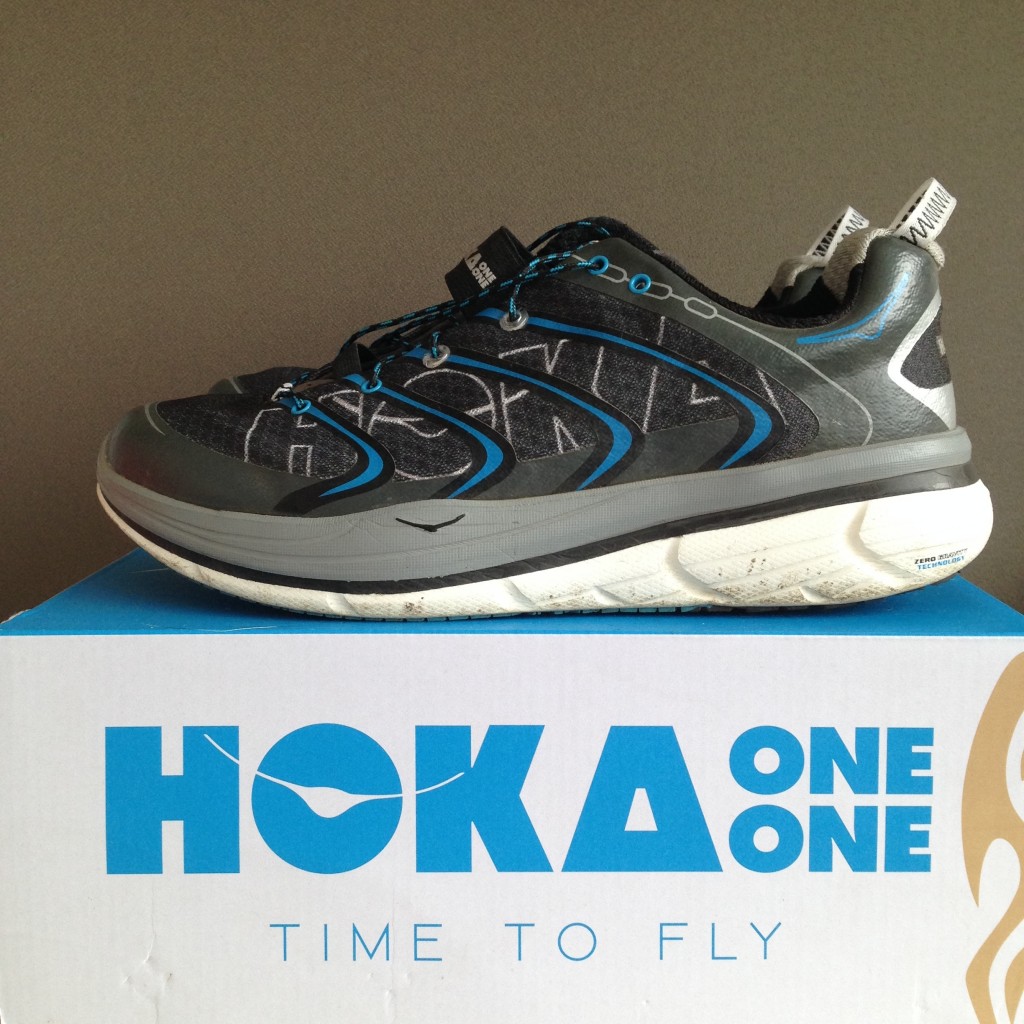 The sole is IMEVA – good cushioning with a meta-rocker and gives you that nice foot roll through your gait. 5mm drop. Uppers are lightweight breathable mesh with super thin tongue. 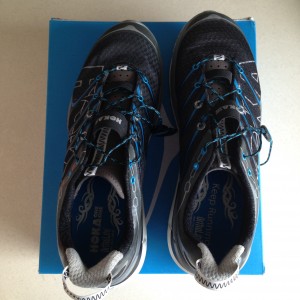 After a few weeks of running, no injuries to report, no hot-spots or “where the heck abrasion come from?!”

I like having Hoka cushioning, heel-to-toe rocking gait and light weight upper. All of these components make for a fast, fun shoe. I have a tendency to get injuries when wearing a shoe with an extremely lightweight upper and minimal cushioning. Having the extra cushioning reduces leg fatigue, aches and injuries. I am curious to try out the trail version. I would avoid running in mud – the soles are wide and flat, getting traction will be difficult. Taking these out on the trail would be okay, but again, be careful with the lack of traction. Rapa Nui comes in at $130 – less than some of it’s bigger brothers. 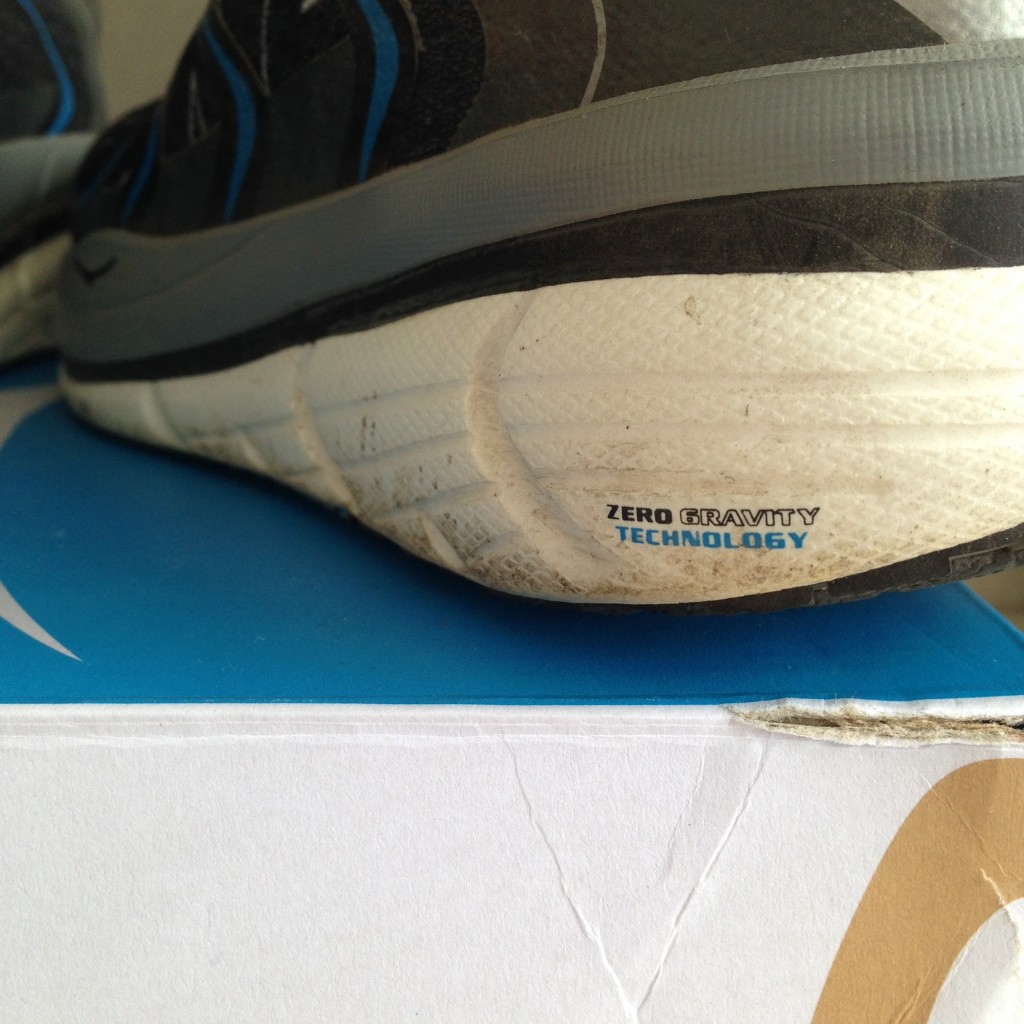