Sometimes a race vest is necessary, but sometimes we just need to carry the basic essentials…A little bit of food, maybe a phone, keys, and some fluid.  Waist packs have come a LONG ways since the days of basic fanny packs and I’m seeing a resurgence in people wearing them on runs.  Hopefully this review will help navigate the many options out there.

In this shootout, I tested “small bottle” packs from the major brands.  I’ve listed the criteria in order of importance, with what I consider to be the most important aspects listed first.  Obviously, some are subjective (did it rub me?) and some are objective (dry weight), so do with that what you will.

In full disclosure, all the packs were provided to URP as samples and some of them were returned to the manufacturers post-review. The reviews and thoughts are all our own and there were no expectations of positive comments.

A note about me: I wear my packs on my “hips” at just about waist band level, not at the narrowest part of my torso.  I also wear belts over shorts, not touching my skin.

So let’s get this shootout going. 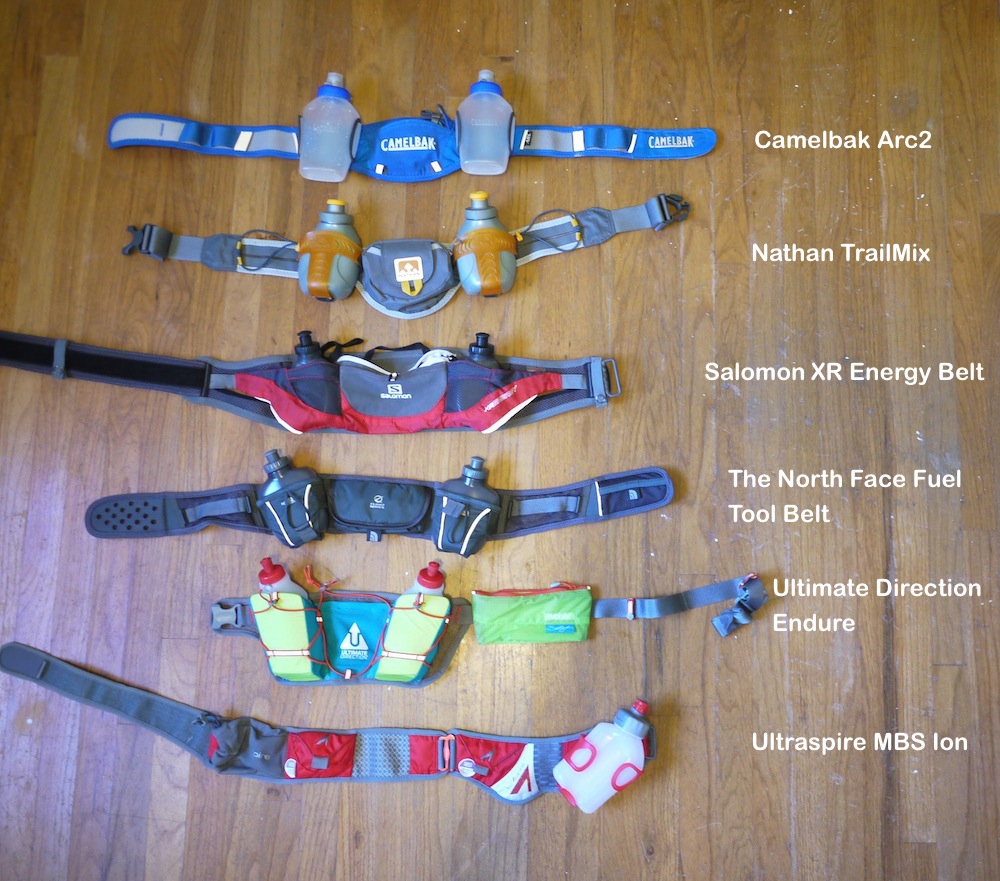 This was the most important criteria for me. Does the thing annoy me? Does it rub on me and make it uncomfortable? Does it twist around and ride weird? 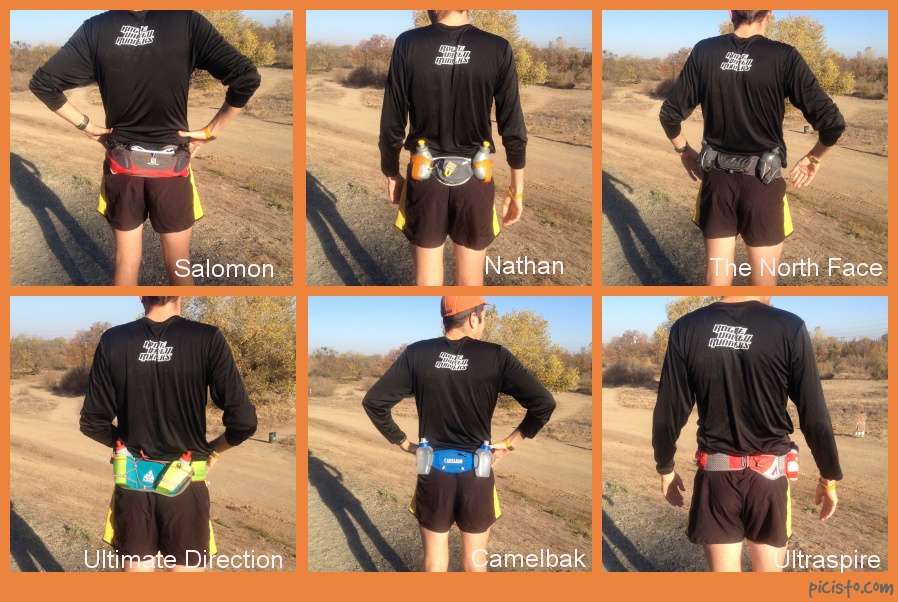 This section was close between Nathan and Camelbak. Both fit me perfectly with no bounce, no twisting, and no chafing.

I’ve done too many sweeps and worked too many aid stations to feel secure that my bottles are where they’re supposed to be.

Which pack gave me confidence and comfort that my bottles weren’t falling out? 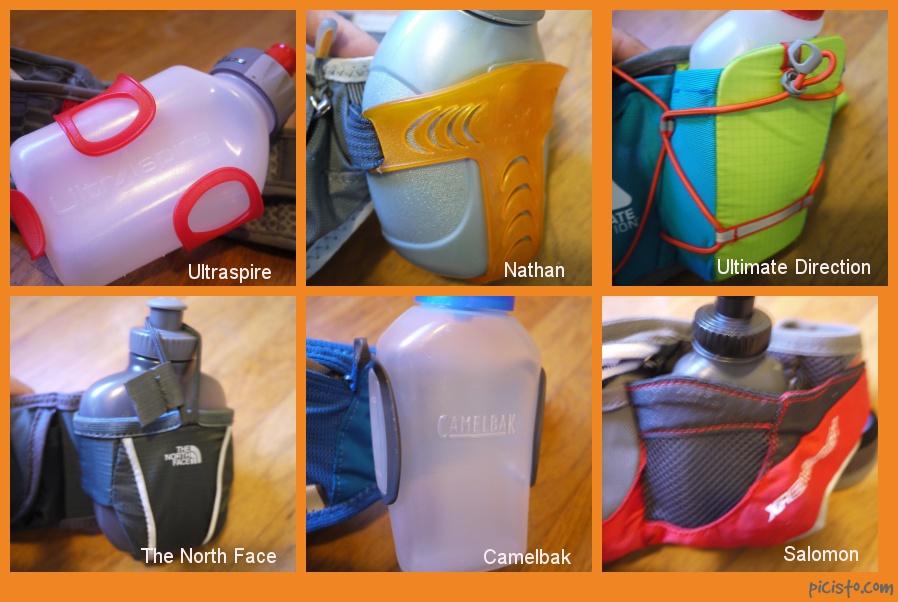 This section has to go to Ultraspire, as I really like the security of the hard plastic and the added protection of the magnet.

My requirements for gear for a pack like this are simple. I need to store my iPhone 4/5, a car key, and maybe a few gels.  Let’s see how the packs held up.

Here’s how each belt fit my iPhone4 (with case.) In order of size, the Salomon had the largest pouch, followed by the Nathan, Ultimate Direction, Camelbak, North Face, and Ultraspire. 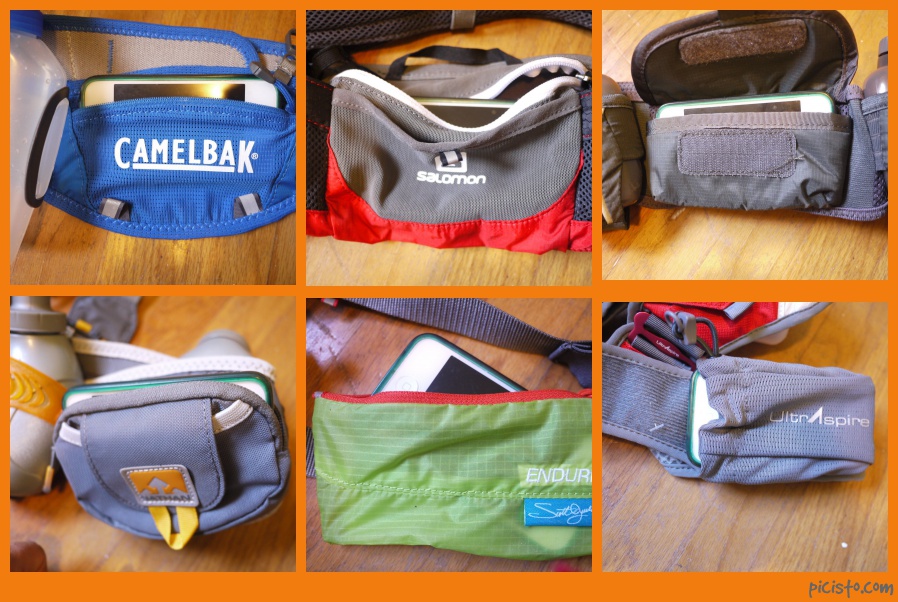 The section goes squarely to Salomon. Room for phone, keys, gloves, and food.

*Ultraspire’s MBS system is comprised of two pieces. The base piece is the MBS Connector ($25), and the Ion attachment runs an additional $45.  There are many other attachments for the system.

This section goes to Ultimate Direction.  It’s the least expensive, without compromising quality of features.

The lightest wins. This section goes to The North Face. Ultimate Direction is a close second because, though 1/4 oz heavier, has far more storage. 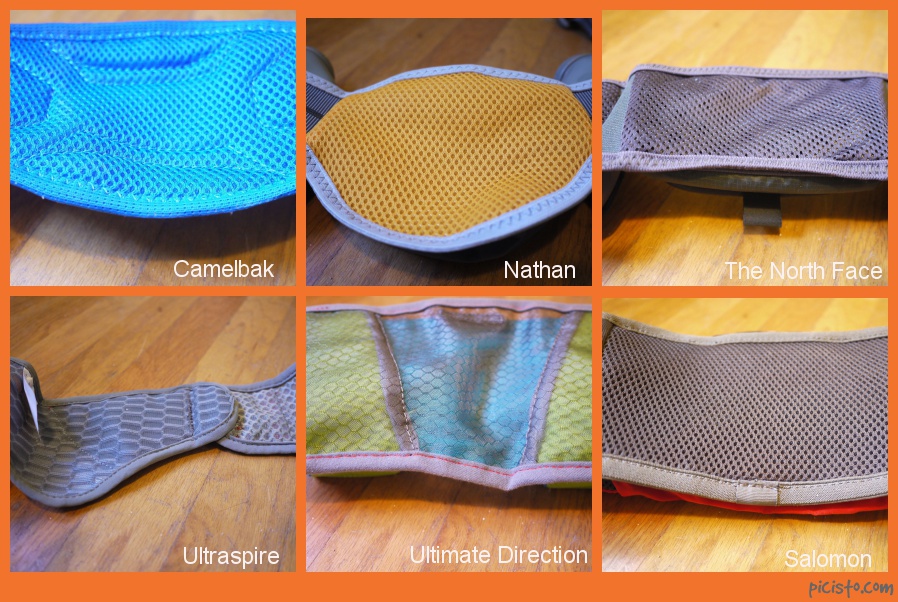 This section goes to Salomon, with Nathan a close second.

This was tough to judge, as everyone’s got their own idea of what they need on the trails, but here are the hard numbers.  I found the Salomon and TNF bottles to be a bit small

This is purely subjective, but I preferred the 9oz bottles from Nathan. They are just the right size for most of my weekly runs.

This all comes down to one question: Can I fit ice cubes in the bottle?

Camelbak and Nathan take this section for having the widest mouth openings, thus fitting the most ice.

I couldn’t come up with a reason why I liked or disliked any of the belts based on size.

Does the pack have the capability to carry any gear on the outside?

This section is a tie between Ultimate Direction and Nathan.  The bungee cords are easy, effective, and don’t provide any discernible additional weight.

This section goes to the the Ultimate Direction Endure.  Yeah, it’s nice to disconnect from the world, but sometimes having a readily accessible phone (with room for a few more gels) is what we really need.

This was a tough and bloody shootout.  Each pack had qualities that I really appreciated, and if given to me as a gift, I wouldn’t return any of them.  None of the six packs (mmmm, six pack) failed to do what they’re supposed to do: Fit well, and carry a little bit of gear and water.

If I were to go back and buy one on my own, I’d go with the Nathan TrailMix. The combination of fit, bottle size, gear capacity, external storage, and build quality really impressed me. 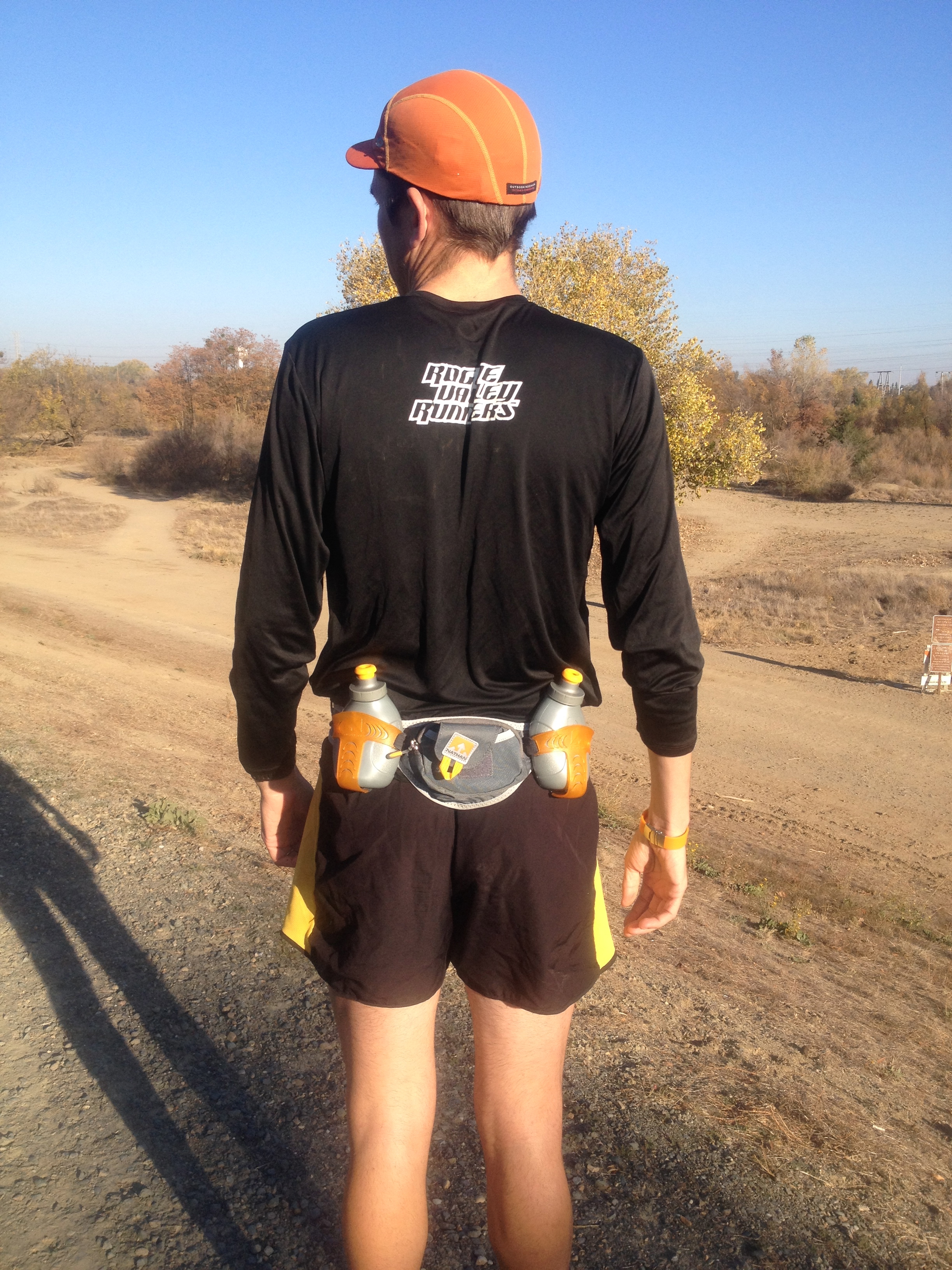