I reviewed the Icebug Acceleritas 3 last year around this time, pitting it against its closest competitor, the Salomon Fellcross.  Since then, the Acceleritas4 RB9X shoe has been slightly updated, and from my experience with it, they’ve made the right changes. 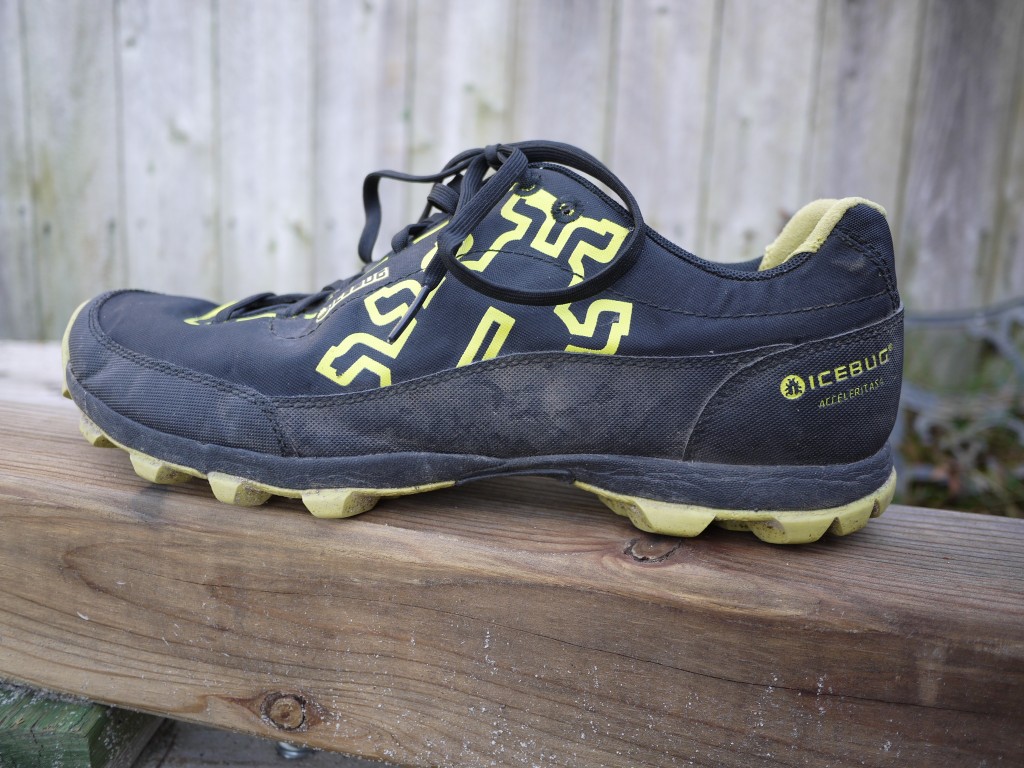 First, it needs to be said, if you’re a wide toe-box person or one who requires maximum cushioning, this isn’t the shoe for you.  This is a narrow, light, and nimble off road shoe that’s meant to race fast.  It’s been described as similar to wearing a waterproof sock with a soccer cleat welded to the bottom. I wouldn’t wear it in anything over 50k, and I’d only wear it then if the conditions deemed it absolutely necessary.

But if the terrain requires footwear with maximum tread, there’s still not a shoe out there that outperforms the Acceleritas. 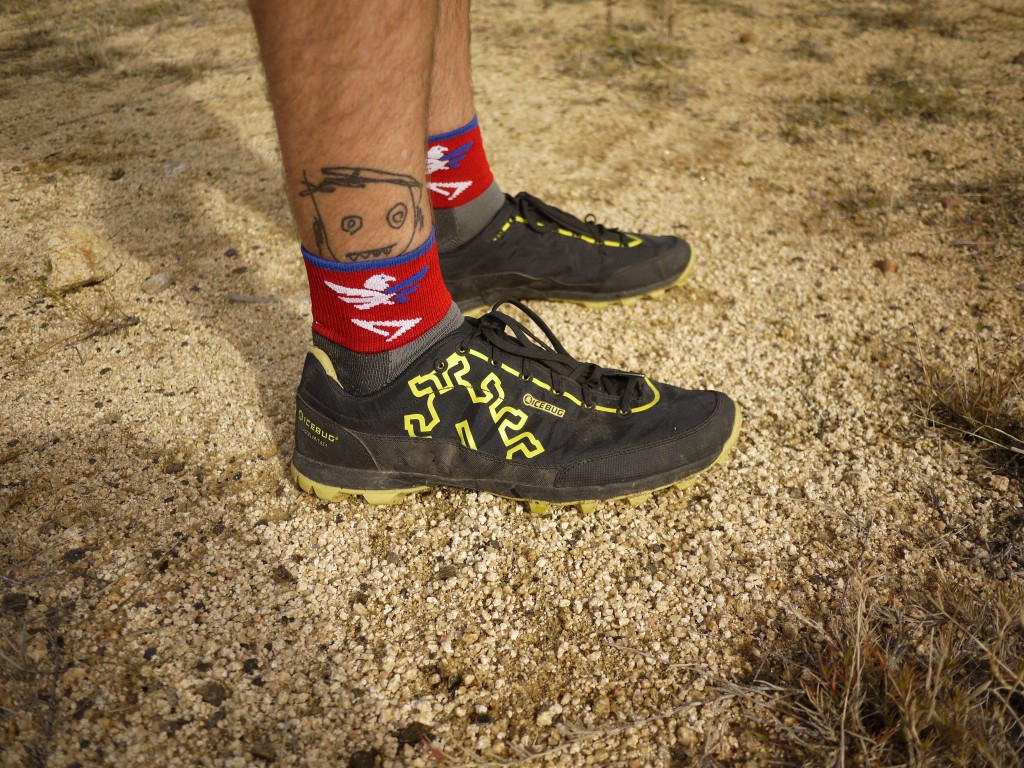 Also begging to be mentioned right away is that Icebug now has decent distribution. Last year you were hard pressed to find a store in the US that carries the brand–even online availability was sketchy. This year, they’re sold in more stores (though still not many) and on Amazon (affiliate link.)

Like its predecessor, the Acceleritas 4 is built on a narrow platform with a lacing system that extends further down the foot than most other shoes. This results in a tighter fit and the security of not losing your shoe to a mud pit.

According to the company, the height of the heel cup has been reduced in this latest model, but I’ve got both versions and can’t tell the difference.

Another claim is that the midsole has been re-worked to reduce weight, but my scale showed  a difference of 1/8 ounce at most between the two similarly-sized versions.

One of my main issues last year was that the ankle collar (specifically in the back) rubbed my skin for the first few runs, resulting in a blister. I didn’t have that problem with this pair, and with further inspection, it seems the material on that portion of the shoe has been “softened up” and is more pliable.

The upper is a ripstop nylon, coated with OutDry, a waterproof material that does a great job keeping the foot dry, and does a surprisingly good job of allowing some breathability. Not sure how it all works, but my feet have never overheated in these shoes, despite running a fast 50k on a tough course.

Like last year, there is a band of maybe 2″ thick tougher nylon that connect the last to the upper.  From what I can tell, it’s just extra protection from rubbing against each other, sliding against rocks, and the like. 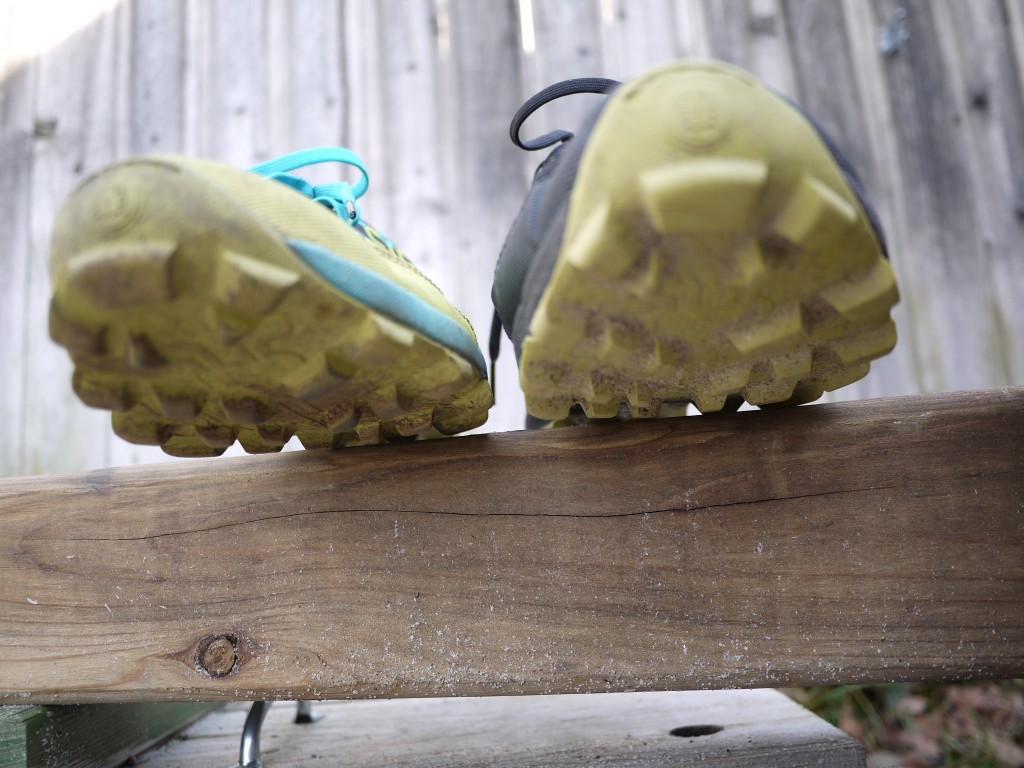 As with its predecessors, the shoe is mighty flexible, able to twist, torque, and turn with any terrain thrown at it. I’d hesitate doing more than a few short training runs in this shoe, and would instead keep it in my quiver for a racing shoe that’s only pulled out of the closet occasionally. It’s not comfortable on dry ground. It’s not comfortable on hard ground, and it’s miserable and loud on pavement, which is one reason the OCR and orienteering crowds have taken to it so much. Obstacle Courses are all mud, grass, and dirt, and this shoe fits those requirements perfectly.  If you’ve got a course with mud and climbs, this shoe excels at both ascending and descending difficult terrain. 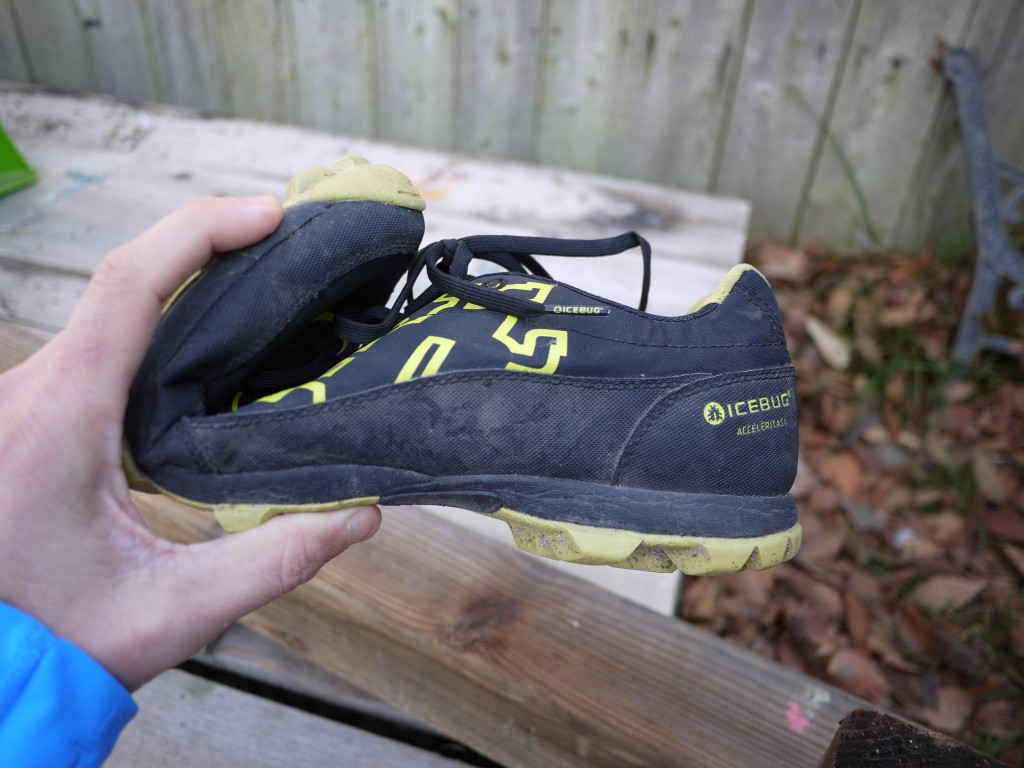 I also wore these on a few runs through the arid and rocky Texas hill country to test the claims that the “sticky” sole would excel in dry weather. Bounding off of rocks, descending tricky scree, and making a million 180 degree turns on loose terrain was nothing for these shoes. They held on with zero trouble.  Last week I took them to the snow, and though they fit extra tight due to 2 pairs of wool socks (windchill was -5!), they worked as well as any spikes I’ve ever worn. 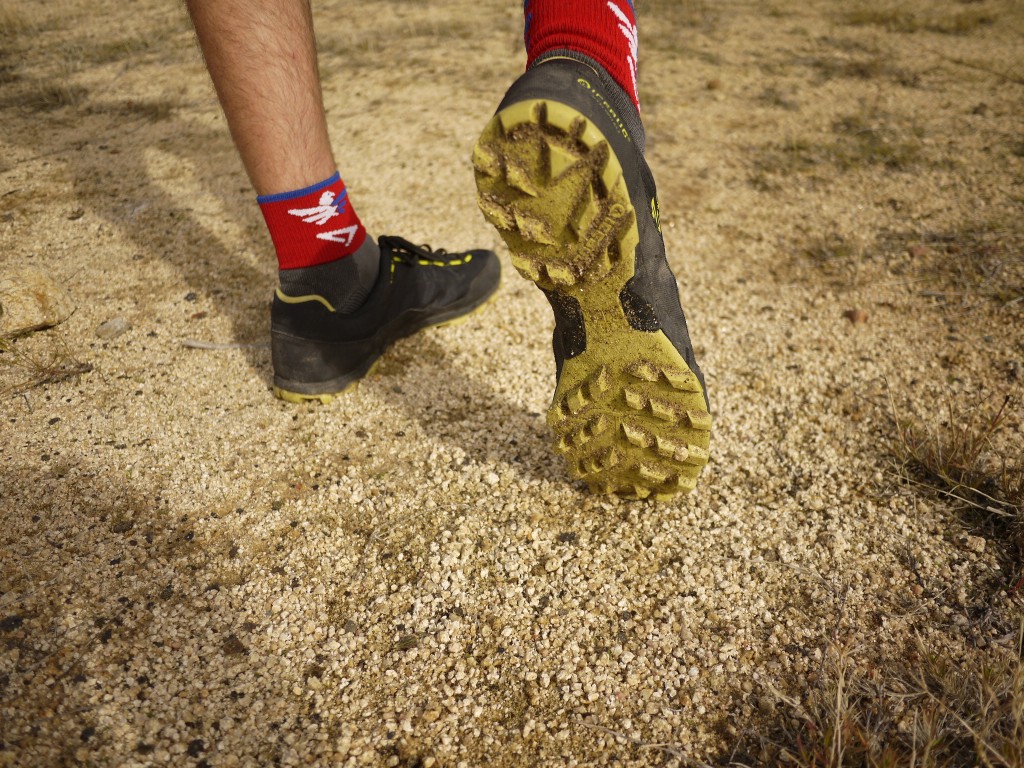 Through deep and clumpy mud, I haven’t had any issue whatsoever of mud sticking to the shoes. It could be luck, or it could be the diagonal design of the tread which kicks the mud and dirt to the sides. 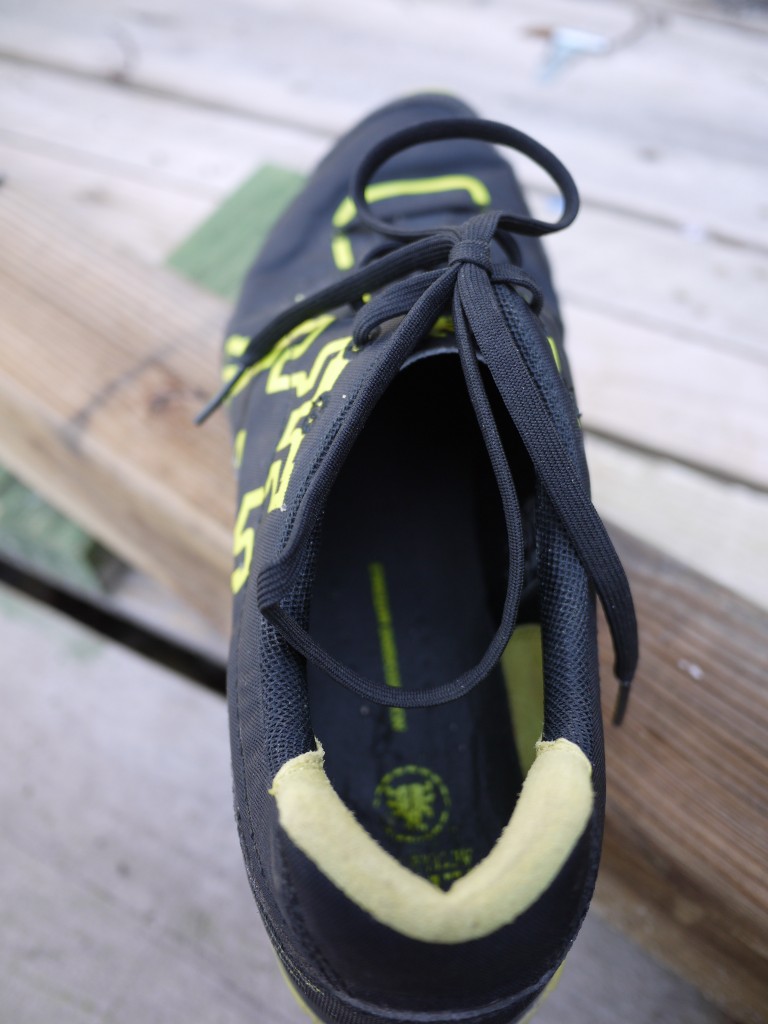 I haven’t taken them in deep water, but if that’s a possibility for you, I’d recommend watching this video and drilling some holes in the shoes. Pretty cool that the company puts out its own video on how to hack the shoes!

If you like a light and nimble feel and need something that can handle any and all off-road terrain, this is the shoe for you. Though not for everyday use, the Acceleritas4 is an invaluable shoe to own when the conditions require it.

These shoes were provided to me by IceBug for product testing. All words and thoughts are my own.