My skeptic antennas went wild when I saw this on the shelf of my favorite beer shop, and even more  haywire when the clerk recommended it as a decent berlinerweiss.  Should I judge a beer by it’s cover? 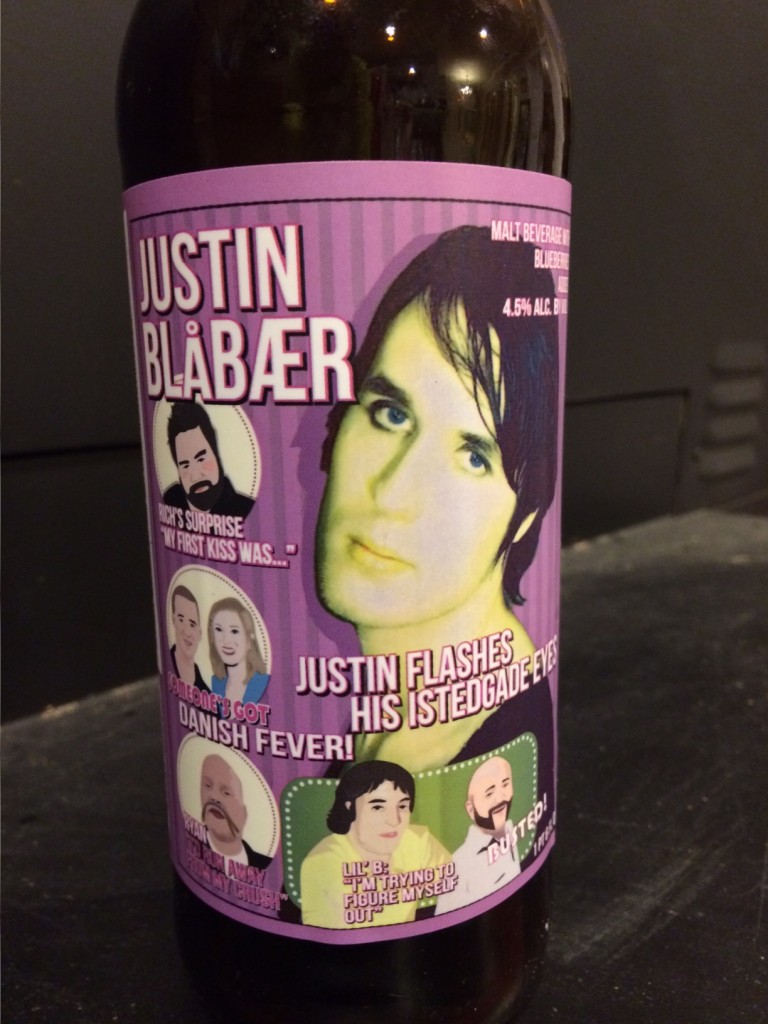 “OMG! It’s Justin Blabaer!!! If you have “Blabaer fever,” then this is the only cure. We stuffed so many blueberries into this beer–it’s going to make you shout, “Oh, Baby!” This is dedicated to AVSB. A&F YFFL – EW, MW, RWM, BE, SS, RC.”

“It’s not just a stupid gimmick?” I asked.

Light hazy copper and crisp looking with a thin and snow-white head that dissipates quickly. 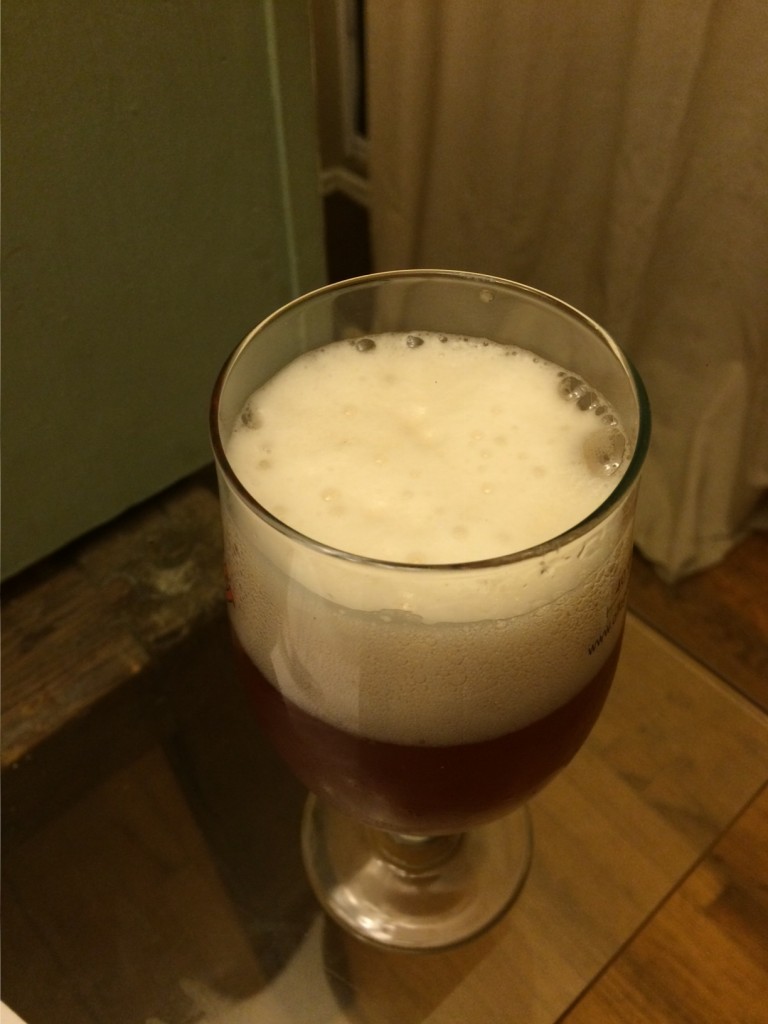 Nothing major.  Some wheat and funk and slightly mineral on the nose, but no hint of the blueberry advertised on the bottle.

A pleasantly cold cement-like mineral aspect to it that is present in many Goses.  Definite bitter lemon with light sour funkiness. Tart, though very drinkable and pairable with poultry, white fish, etc. I had mine with thresher shark and it was great.  No hint whatsoever of blueberries.  Mouthfeel was nicely effervesced, just as expected. 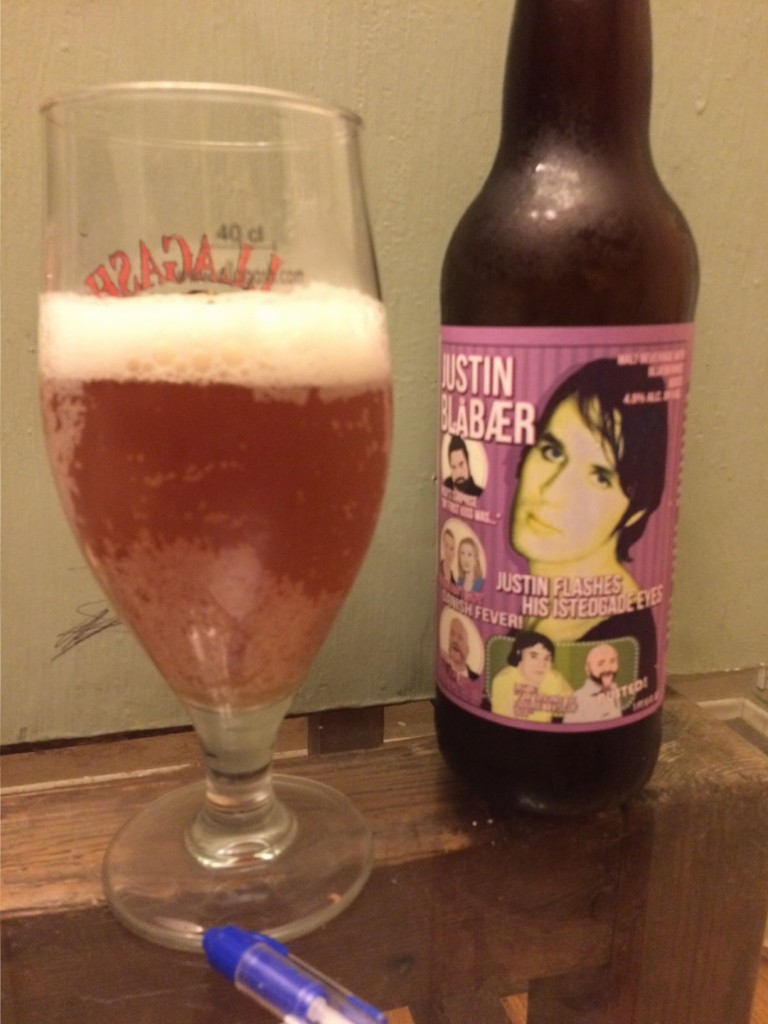 Style: Berliner Weissbeer (though it says “malt beverage with blueberries added” on the bottle.)

Brewery: Evil Twin Brewery, though this is made “in collaboration” with Westbrook Brewing Co in South Carolina.

Very very pleasantly surprised by this beer. I feared it being a gimmicky and over-flavored blueberry shit beer and it turned into a pretty decent weissbeer with no hint of blueberry.  I’d definitely buy this again, though I still don’t understand all the writing all over the bottle.