Until recently, Leadville was a huge stop on the ultra circuit. Still is, in my opinion, but a few bumps in the trail during last year caused some to focus on other races. Leadville and Lifetime Fitness took a fair amount of heat and both “sides” have strong, passionate arguments. I wasn’t there and I’ll stay out of it.

MUT runners would still agree that Leadville is an important race on gorgeous trails featuring some of the top runners in the country.  It’s a classic.

While written odds and previews are not my thing, the lack of coverage has left open an opportunity to chime in and shine some light on who’ll be toeing the line at 4am on Saturday.  While the women’s field lacks the depth of the mens, it’s still a hundred miles and ya never know what’s going to happen.

With almost one thousand entrants (full list here), you’ll have to forgive me if I miss someone.  Speak up! Thanks.

Denise Bourassa  Denise finished 12th female last year, and I’d expect to see about the same this year. She’s doing the Grand Slam and is running smart, despite having an injury scare at last months Vermont 100.

Melanie Peters  I don’t know much about Melanie Peters, other than by the looks of her ultrasignup stats, it appears she’s had a nice build-up to Leadville.  She’s obviously got leg speed (won Leona Divide 50 last year), and this is her first time at Leadville.

Emma Roca I knew the name but not the specifics. Yikes! 3rd at UTMB, second at MdS, super strong in the mountains, but also wins triathlons…and she’s a mom of three…and a biochemist slash rescue firefighter. Thanks for the tip Amy!

Fella’s Race (in no order whatsoever) 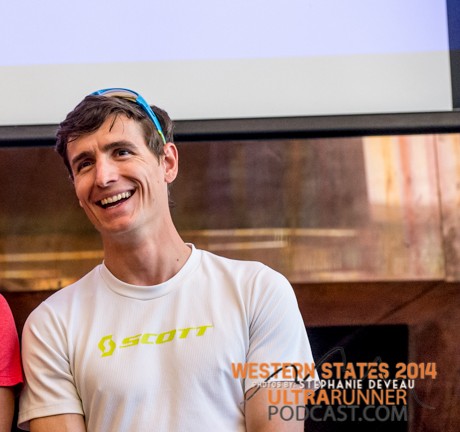 Ian Sharman  Ian won the race last year in 16:30 and finished a strong 6th at June’s Western States. He’s not running the Grand Slam this year and has been at altitude for a few weeks…expect Ian to run a smart race and fight for the front.

Duncan Callahan  Duncan has got the most experience on the course of the elites. He ran 7th in ’07, 1st in ’08, 3rd in ’09, won it again in ’10, and ninth in ’11, but hasn’t run it in three years…having spent most of last year sidelined with adrenal fatigue.  He’s run three races in CO this year (all <100k) and has won all three.  Duncan will also be running RRR in October.

Rob Krar  Rob’s only run a few hundreds (I know, right?), but it turns out he’s pretty good at the distance.  He’s got Run Rabbit Run in a month, so it’ll be interesting to see how/if he 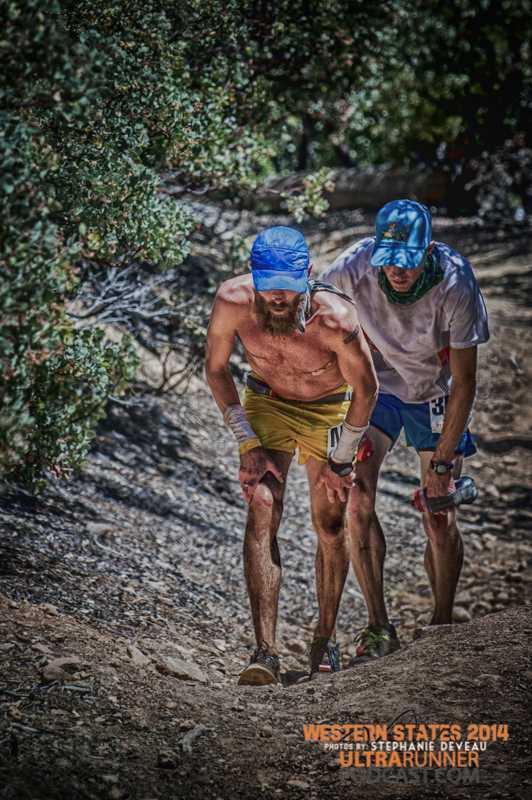 controls himself at Leadville.

Wyatt Hornsby Wyatt’s finished in 2010, ’11, and ’13, and though he’s not going to win the race, he’s pretty obsessed with it and writes extensively about the event.  If it’s your first time, check out his blog for sure.  I interviewed him right after his ’13 run here.

Mike Aish Mike finished 3rd at last years race. Since then, he finished second in the Leadville trail marathon and ran 21 something at Western States.  Mike seems to be one of those guys who is looking for his perfect race, and if he finds it, he’ll pop records.

Bill Finkbeiner  No list of Leadville is complete without mentioning Bill. He’s the only runner who’s run the same hundred 30 times (in this case, Leadville 100) and he’s back for more this year.  Running in the high 20s, Bill is an icon at the race.

Jimmy Dean Freeman  Jimmy’s another runner going for the Grand Slam this year.  He’s experienced (finished in ’13) and will run a good balance between swift and smart.

I’m sure I missed a few competitors and/characters, and for that, I apologize.  Feel free to call me an insensitive idiot in the comments and I’ll amend the post.

To the runners….have fun and run smart!