A few weeks ago, I was sent Ruhn’s 3/4 compression pants to test and try on. The company, Ruhn (pronounced “run”), was founded with the idea that athletic apparel shouldn’t limit you. Overall, their 3/4 pants don’t limit you, and in fact, were pretty nice to wear, even on longer, hotter runs. The one downside? They slipped. 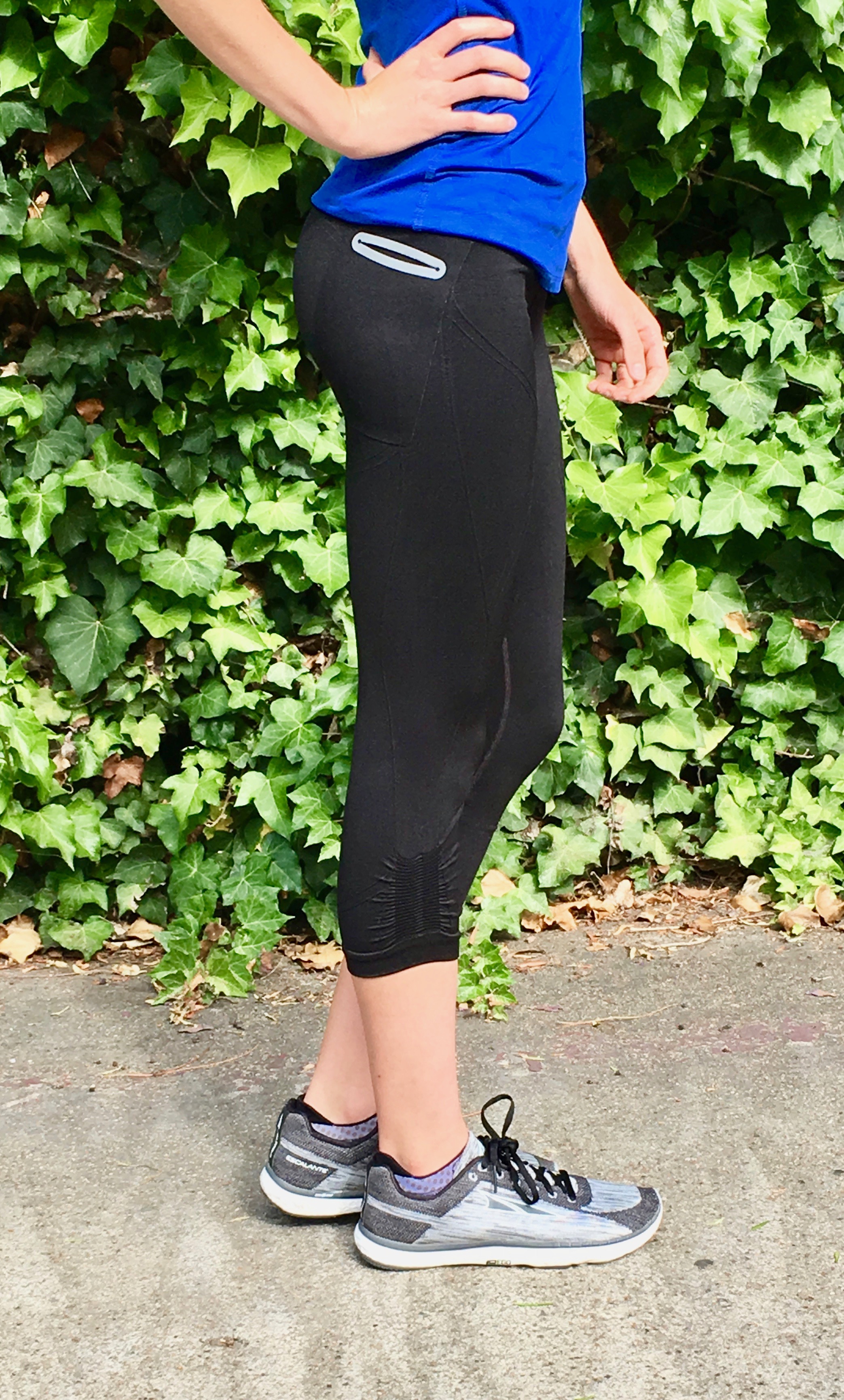 The Run 3/4 pants (or capris) come in four sizes, from XS-L., and feature a wide waistband, drawstrings to tighten the waste as needed, two large cell phone-sized pockets (one on the upper right hip and the other above the left knee), shirring details on the bottom of the legs, and their signature high compression. Ruhn products boast a breathable fabric, and they’re right: despite the rather thick material, I was never uncomfortably warm. While I wouldn’t wear these for ultramarathon races, mostly due to the fact that I prefer shorts over tights and capris, when they say no chafing, they mean it. 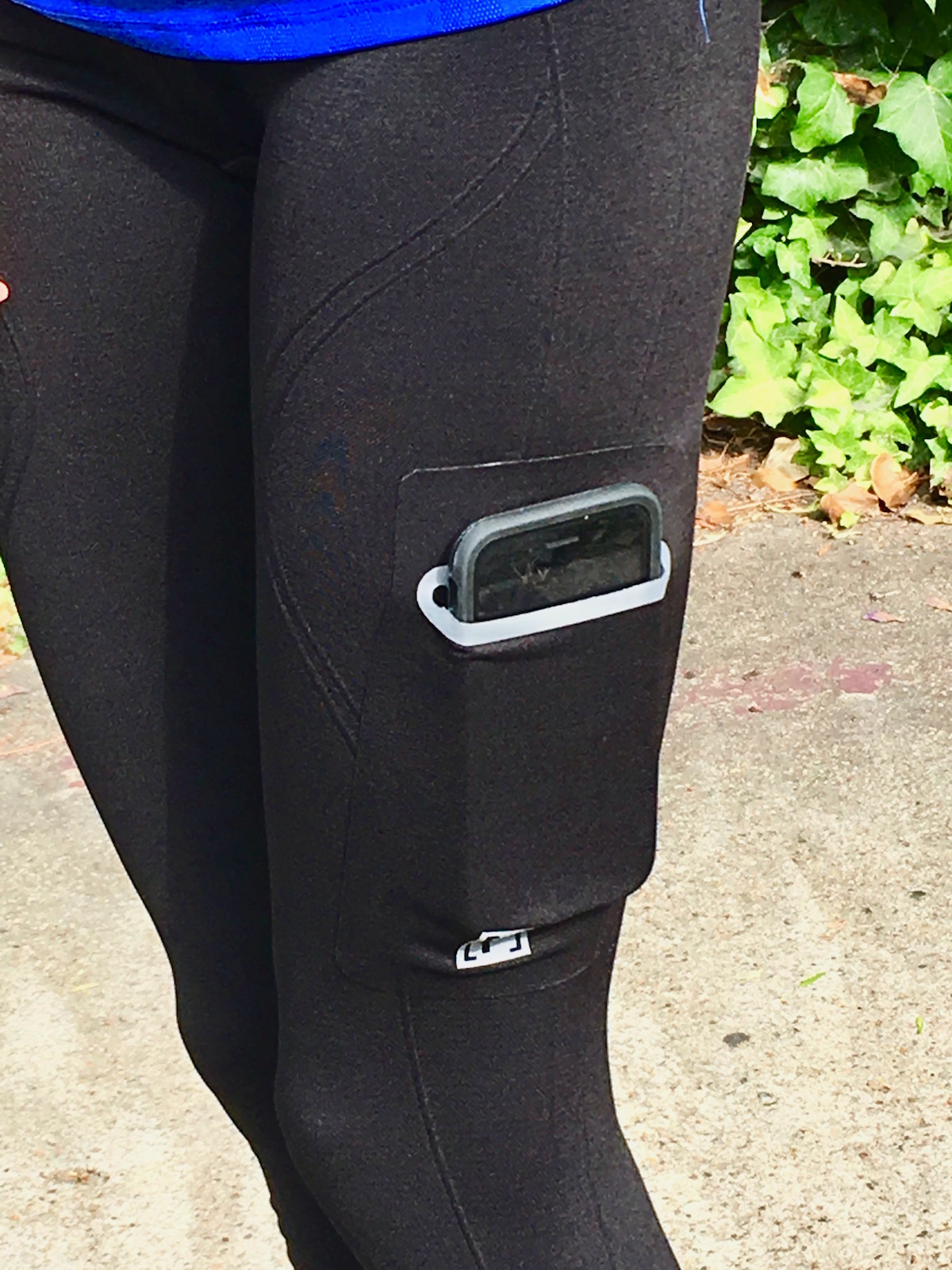 Part of what makes this company stand out from other brands that make compression gear, like Nike or Under Armor, is what they call their “dual-action fabric.” They also boast “high-compression, seamless technology”, fabric contains “a special anti-bacterial agent to neutralize the source of odor” and fabric made of the “highest-quality materials.” The fabric is nice, but woman who are used to wearing sleek Nike or Lululemon-esque bottoms might be surprised at the thickness of these 3/4 pants. *I originally tried the Ruhn Women’s Shorts and found them surprisingly similar to padded cycling shorts, as a reference* 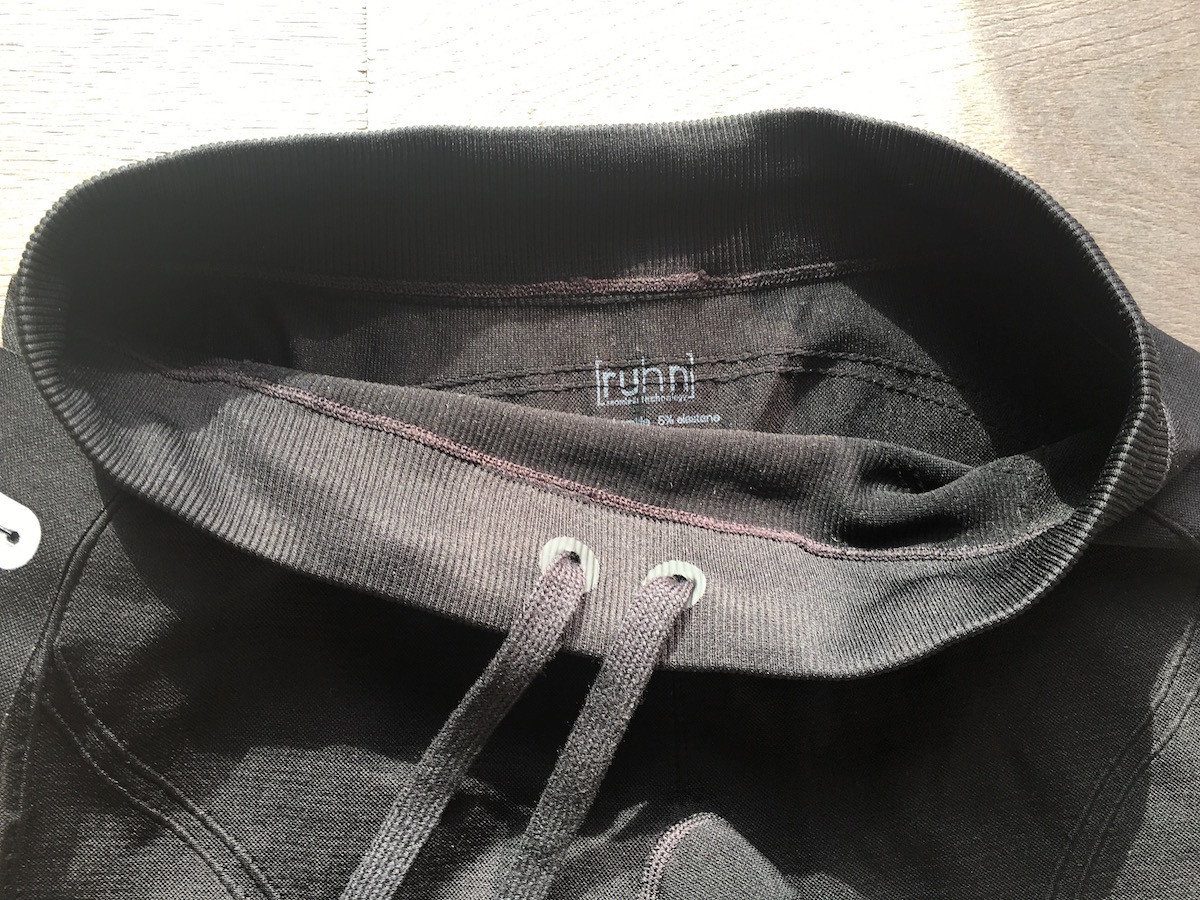 The Run 3/4 Pants fit snugly, though not overly tight. I tried on a S, preferring clothing that isn’t stick-to-your-skin-tight, but in hindsight I should have gone with the XS. The compression isn’t as compressing as I’m used to with Under Armor and other equivalents, which is both good and bad.

The good? They’re pretty comfortable. If given the choice, I’d rather wear shorts, but I actually enjoyed running in these and didn’t mind having to run a few errands in them after my run. Bonus: the anti-bacterial technology works, because they still smelled fresh. Additionally, the wide waistband does feel really great, especially compared to the waistbands on comparable compression capris and tights. I appreciated the large pockets and slipped my iPhone into the lower left leg pocket on a short run. 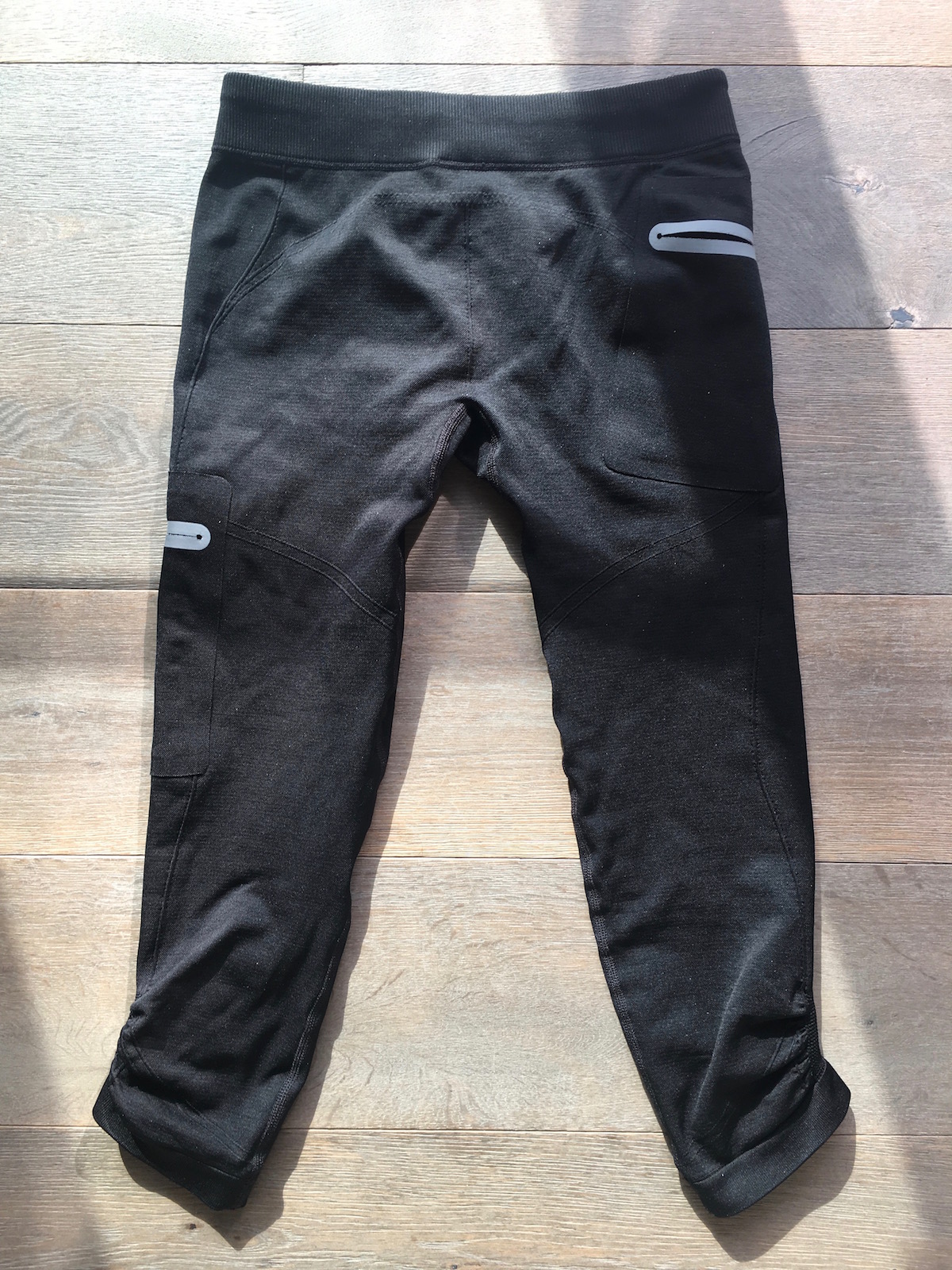 The bad? They sag. I found myself having to adjust the pants several times on an hour run around the neighborhood, and more so when climbing steep terrain on longer weekend runs. The drawstring attempts to help the issue, but even so the pants pulled down a little too much. The drawstring itself seems to be overly large and even after I tied it up, I found myself with too much left to hang outside of the pants or sit uncomfortably against the waistband. The iPhone I mentioned above? Placing it in the stylish pocket unfortunately aided in pulling my pants down. 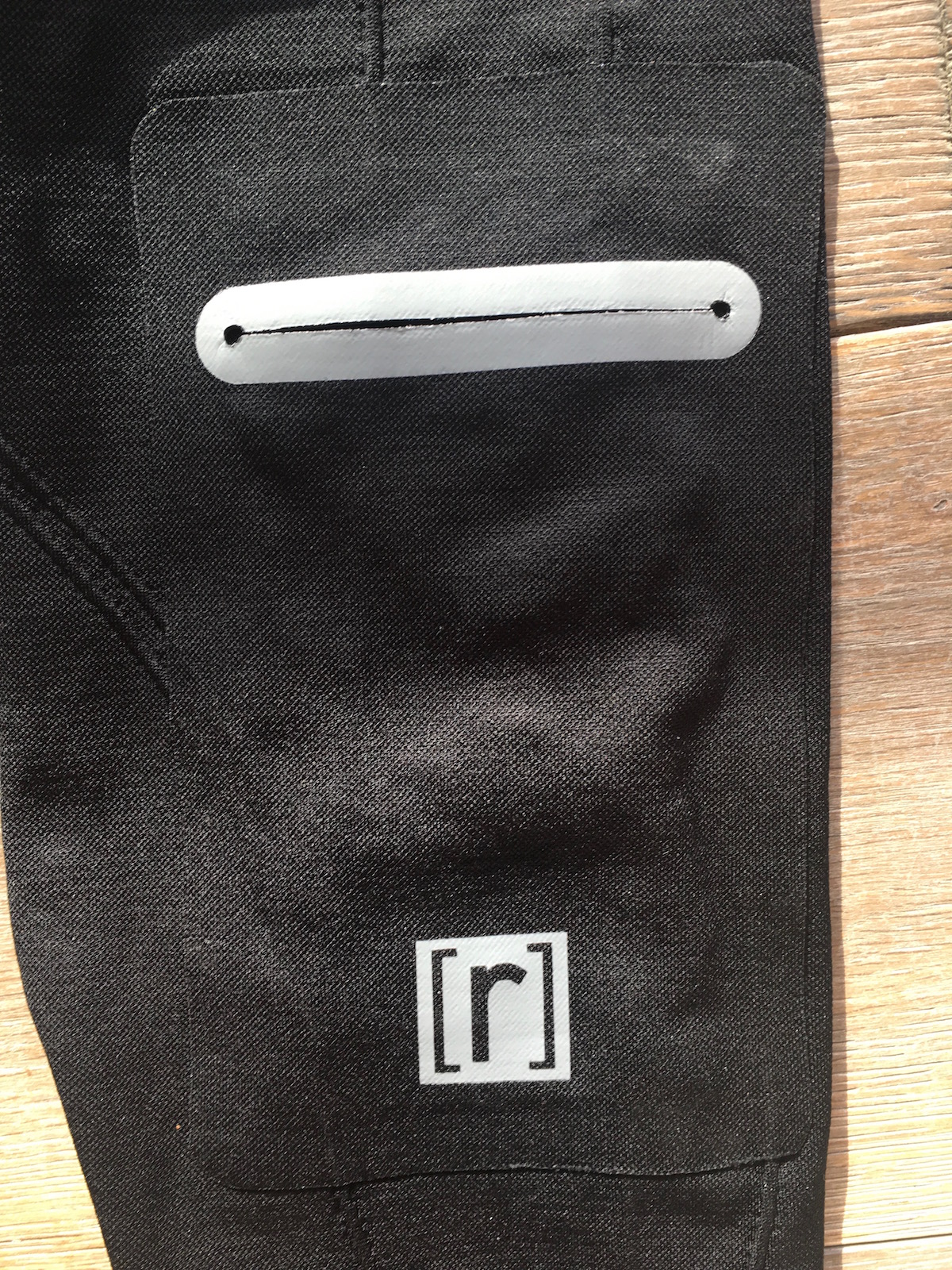 The Run 3/4 Pants are $68, making them fairly consistent with other comparable capris like the UA Threadborne Seamless Crop (priced at $69.99), though cheaper than the compression brands CX-U with their Pro 3/4 Tight (priced at $95.00) and 2XU 3/4 Compression Tights (priced at $140). I think they’re worth their cost, though if tight-fitting, stick-to-the-skin compression is what you’re going for, you might be disappointed with the fit.

I’m impressed by the quality of Ruhn and even more impressed that I’ll be choosing to use them in the future. While they probably won’t make it into my running rotation, I can see myself using them for strength training, rock climbing, or even cycling. Overall there’s room for improvement in both the fit and the compression of the material itself, but they’re certainly as comfortable as they suggest. The Ruhn 3/4 pants might be for you. I suggest sizing down. 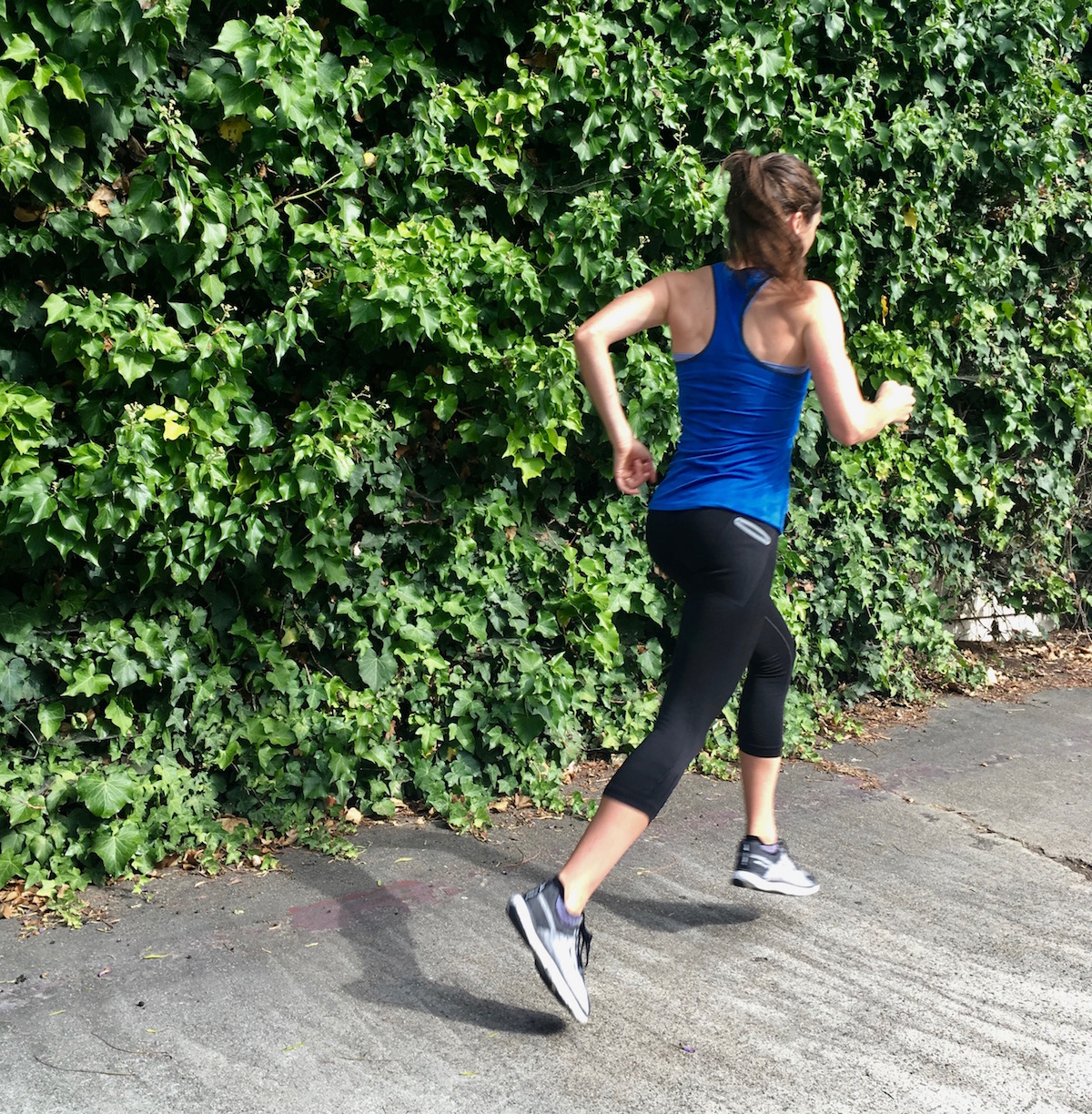 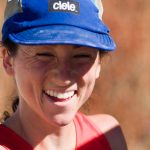 This review was written by Jade Belzberg from San Diego, California. The gear in this review was provided for testing purposes to URP and all words and thoughts are her own.

Jade appeared on URP in this interview about her first hundred miler and blogs/writes on her eponymous website right here.