I’ve gone through countless Garmins, tried a Suunto and generally use a simple Strava app, but in my quest to find a new watch, the TomTom Runner caught my eye. Here’s what I found.

My Expectations and Needs

My needs are basic:

So let’s see how this watch from Dutch manufacturer TomTom does in my test.

Out of the box

Good looking watch. It’s certainly not huge, and there aren’t any buttons anywhere. Is it touch 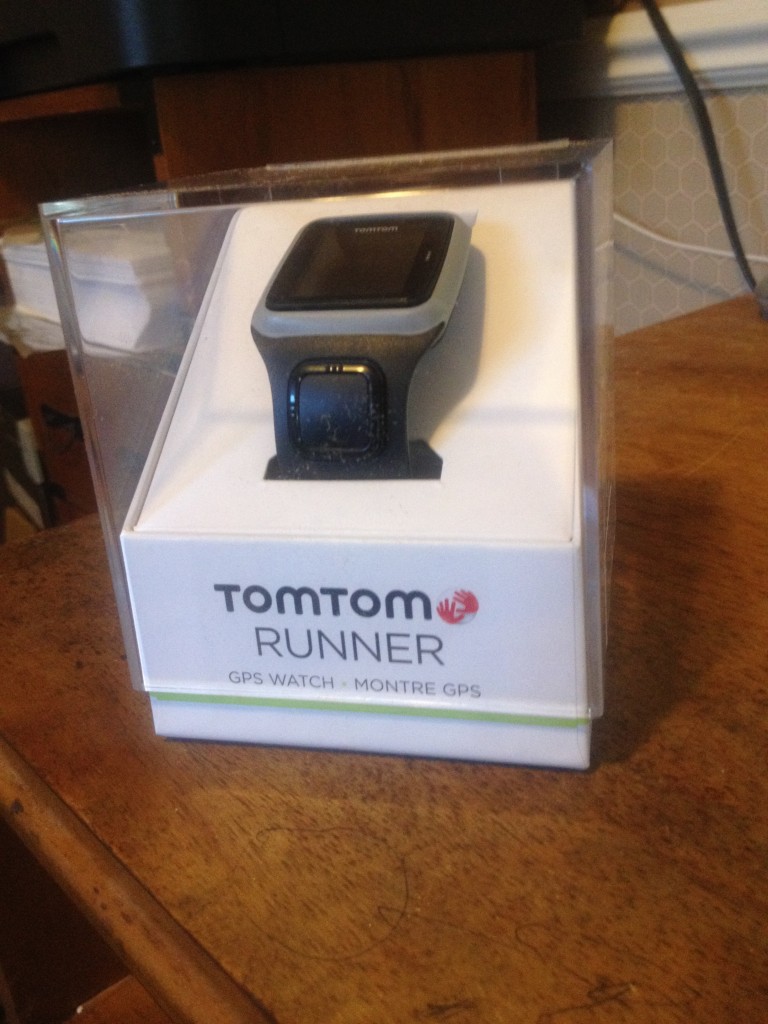 screen?  Interesting.   It’s much flatter than other units I’ve worn. I like it.

There’s a small manual and a connecting cord that’s not your basic USB. Dangit, that means another wire I’ll have to deal with.

I flip through the little booklet and think to myself this thing better be easy to use, because these instructions are…let’s call them…concise. 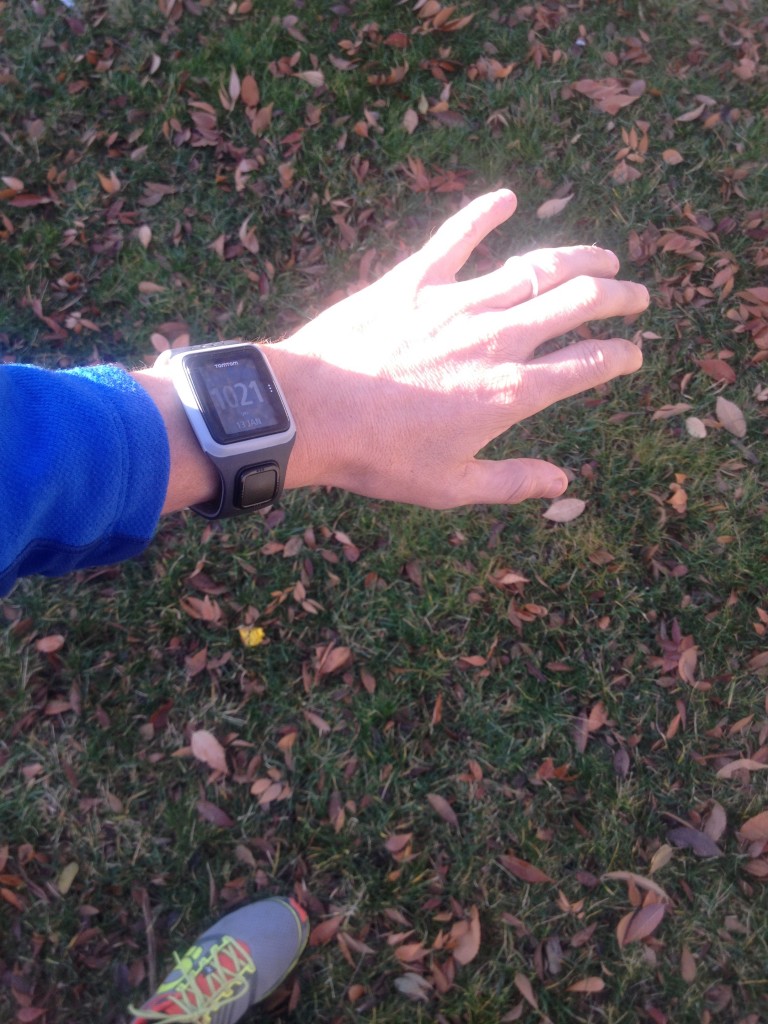 This is a great looking watch. It doesn’t scream “I’m a running watch!”, it sits relatively flat on the wrist, and is very appropriate for non-workout situations.

Although I only received the black/gray, the band can be changed easily to accommodate different colors. I’d never use that option (yay pink!), but I could see others taking advantage of it.  Some reviewers have complained of the “brains” being easily separated from the band while on the wrist, but after two months of wearing this, that’s something I never experienced.

The numbers are oversized and very easy to read with no other distractions on the screen. 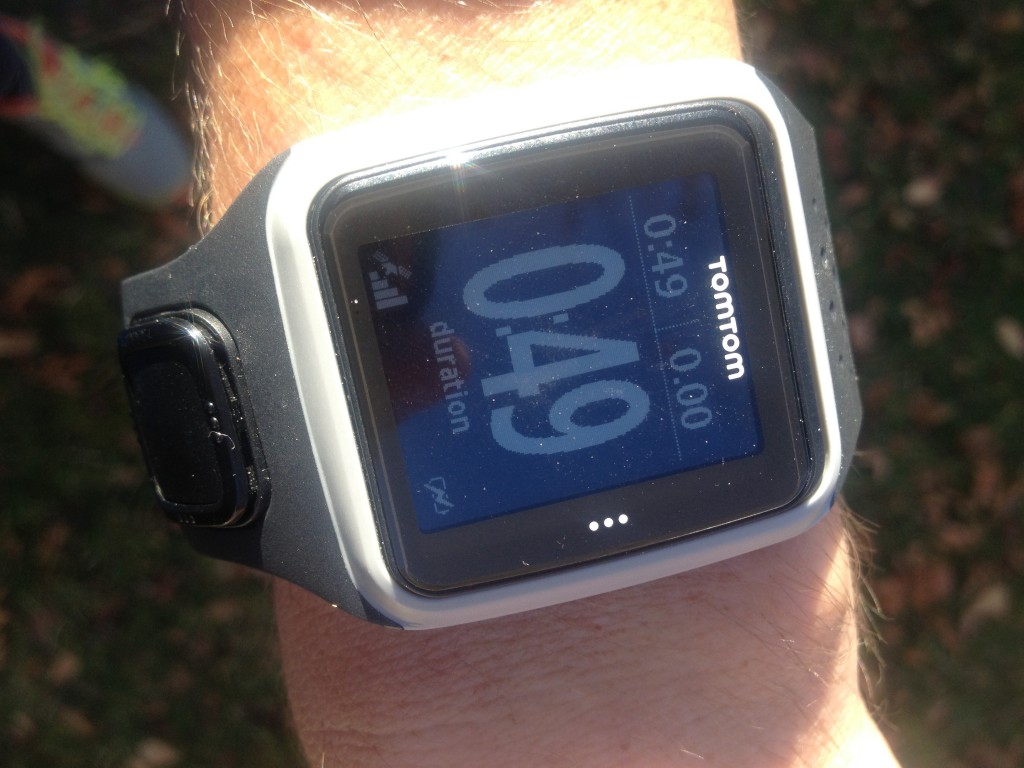 So where are the buttons? A-ha! Neat! Below the face piece is a “joystick” with up, down, left, right functionality that operates the unit.  My immediate thought was that I’d be able to use the watch without having to take off my gloves in the morning, and that’s since proved very useful. I worried that the extra girth of the unit would be too large for my wrists (I’ve got thin wrists for a woman, and I’m a guy) and this fits me just fine.

The functions are very intuitive and I don’t think I’ve referenced the little instruction book more than twice.  After my debacle with the Suunto (I couldn’t set it up, the instruction book was disastrous, and the interface left a lot to be desired so I sent it back), it was nice having a unit that was in English. I understand “SETUP”, “RUNNING”, and “OPTIONS” a lot better than tiny words, menus, and symbols or worse yet–a combination of the two–as many other watches have. The TomTom–in terms of set up and intuitiveness–performs far better than any other watch I’ve tried.

I entered my height and weight, time and date,  and it asked that I set up the initial account on the TomTom home page. I filled in the mandatory fields, clicked continue continue continue and was done.

Great for training, the Runner gives all the pertinent information in any easy to see and understand format.  Pace, Average pace, distance.  All fields can display on the front “page”, or you can scan through them by pushing DOWN on the joystick. Easy to use and understand. I like it. 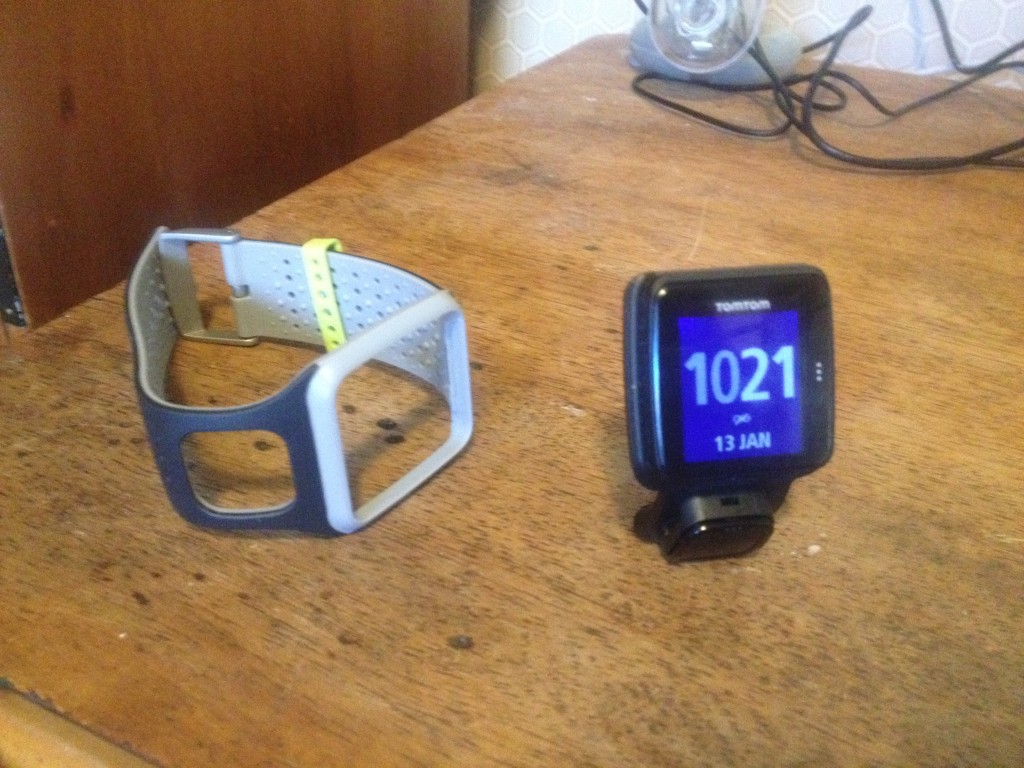 The company claims a ten hour battery life, which is pretty decent for a GPS–especially one that’s not being marketed to the ultra community. We’re generally not running more than ten hours, so this doesn’t pose a problem. I tested it on a road trip and found that it got just over ten hours of GPS use. Pretty impressive!

I’ve used the alarm on several occasions, and it’s refreshingly easy to set, I believe that it will work (as opposed to “is this thing on?”), and it has done its duty.

One definite positive aspect is the way the Runner alerts you. Rather than just the ubiquitous BEEP!, the watch also vibrates on the wrist, so even if I’m tuned out to Arcade Fire, I can still be aware of my splits.

As much as I like the toggle, I really wish it locked.  I accidentally paused my run when I took my jacket off, and that shouldn’t happen.

GPS connectivity was interesting. The Runner has a function that “remembers” where the satellites were positioned for the last three days. This, in theory, would reduce the “Wait a sec, my watch needs to sync up” time by a lot, and sometimes it was lighting fast…sometimes so fast that I had to check it a few times. But other times (same situation, same time frame, location, etc) it took upwards of a minute. Strange.  For the most part, I give the connectivity a thumbs up.

It’s water resistant to 50m. I don’t plan on swimming with the watch (there’s a multisport edition for that), but sometimes in the summer I’ll jump in the river mid run and don’t want to have to remove my watch to do so.  Or more likely,  I might forget and take it in the shower. 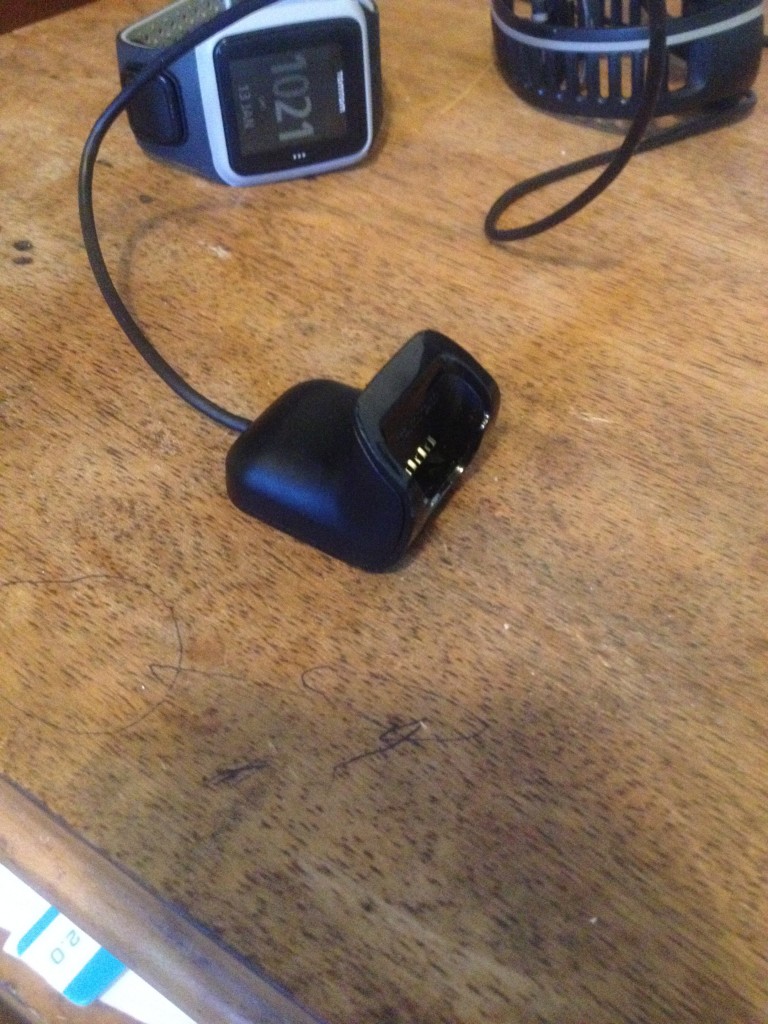 With a single tap on the screen, the face lights up for a few seconds, then turns off automatically.  I run early in the morning and the light has worked fine.

Here’s where it gets ugly. As much as I love the watch itself, I couldn’t be more disappointed with the computer interface and connectivity.

I expect to plug the unit into my mac, have a screen pop up, and download my stats into Strava.  The TomTom Runner doesn’t come close.  Instead, it forces me into a TomTom program that seems to be in beta, as well as forcing me into mapmyfitness, both programs that I’m sure are great for some people, are not what I want, and would love the option of separating myself from.

If you’re already on mapmyfitness and are happy, you’re going to be very happy with this unit. If you’re using another third party app, it’s a bit disappointing.

I spoke with the company, and native Strava connectivity “is coming in the next upgrade” though no timetable was available.

I really like this watch a lot. It’s easy to use, great looking, decently priced at $169, and meets almost all of my requirements.  I’ve got a few different units, and this is the one I’d like to use, but am holding back on committing to until the pertinent upgrade is released.