The female ultramarathon/trail name shirt contest (gotta get a better name for it than that!) ends today at 11am PST. With over 1600 entrants, I think we’ve got a good representation of who the community feels belongs on the shirt.  I’ll take four numbers from the pot (via Twitter) and I’ll contact you about your prize via email with a coupon code for free gear from rabbit.  For shirt info, it’ll take a few weeks to become available, and the preorders will be exclusive to URP readers.  (Again, I’ve got NFI in this.)

The 25 most important craft brews ever brewed.  Meh.  Come on, Food and Wine, I expected better of you.

Planning an epic adventure in 2017?  Here are some great tips.

Heads up folks: Part of the benefit of being a URP patron is getting access to exclusive content.  Next week, I’ll be recording my first patron-only episode with special guest Zach Miller.  Find out more here. Thanks for supporting my work.

Ultrarunning Magazine reviews some of the top running jackets for this winter.  Any feedback?

Interesting: How many times were US T&F athletes tested in 2016, compared to other sports like MMA and cycling?  Here’s the info.

Did you hear our latest podcast with Gavin Woody? He’s done a lot of epic ultras and is gearing up for the Arrowhead 135 this weekend. What’s he learned on the trails? What are his ultimate goals? What gear does he prefer? And wait, a burning pile of crap by the side of the track? Whaaa? 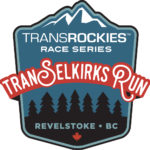 That podcast was sponsored by the Transelkirks Run in Revelstoke, BC.  Directed by Jacob PUzey and team, it’s a 5 day, 100 mile race with family accommodations rugged trails, and is the only permitted trail running race in a Canadian National Park. Awesome!

Strange: Are you a diesel mechanic in the Portland, OR area and interested in working for AR holder Alan Webb? Hey, I’ve got a great opportunity for you!

2:54 in Antarctica on Monday.
2:45 in Chile on Tuesday.
2:37 in Florida Wednesday.
2:42 in Madrid on Thursday
2:45 in Morocco this morning.
What we’re witnessing with this performance is something that’ll stand as a record for a loooong time. Never mind the travel aspect of it, I can’t find a record of anyone running seven, sub 3 marathons in a row anywhere.

What does it take to run 100k lifetime miles? In simple math, it’s 50 miles a week, every week. For forty years.  But there’s more to it than that. Advice from those who’ve done it..and surpassed it by a lot.

Your 2017 NatGeo Adventurer of the Year is Nepalese trail runner Mira Rai.

I’ll be honest, I saw that Allan Seinfeld had passed away and it didn’t mean much to me.  But whoa, read his bio, and you learn this guy had a major impact on endurance racing in the country.

Important: Training and the art of stress management.

Didn’t get into Western, but are looking to help out? Or maybe you’re interested in running a hundred miler but want to learn more by seeing one up close? Sign up here to work at Western States in June.