Justin at iRunFar covers all the results from this weekend’s races right here.

And lots of thanks to iRunFar and Treeline Journal for their excellent coverage of UTMB and Oregon Cascades 100.

While most of the MUT media was understandably focused on the fireworks in Chamonix, Aleksandr (aka Sania) Sorokin busted one of the toughest records on the books…he took down Yiannis Kouros’ 24 hour record of 188 miles. During the race in Poland, Sorokin covered 192 miles for an average of 7:29/mile.  To note, Sorokin also set the 100 mile WR in April with an 11:14…that’s a 6:45/mile pace, but who’s counting?

While some RDs are able to reap real profits, some smaller races barely break even. This past weekend in Casper, Wyoming, the RD went home with $75 for his hard work. Sounds like he and all the participants had a great time!

My apologies for no updates last week. I was at Disneyland with the family and here’s what 16 miles over 14 hours looks like. Turns out I’ve got the 2nd fastest time on the “Picnic Spiral Climb”, whatever that means. 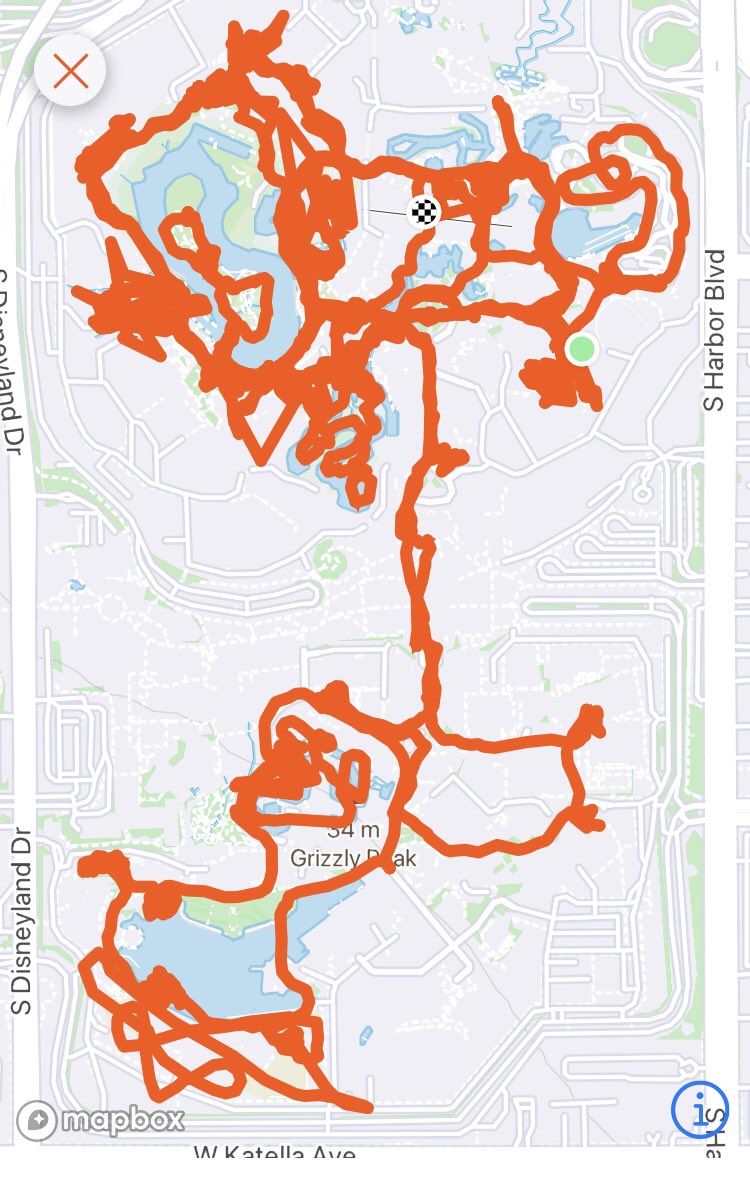 SCMP/Agnew: How to pace yourself during an ultramarathon so you don’t blow up. Runners in all stages of this sport struggle with it and it’s the champions who get it right.

During a baggage mixup at LAX, some bro went home with the wrong suitcase that happened to contain a gold medal from the Tokyo Games. Call me cynical and overly skeptical, but something tells me this is all for Tiktok clicks.

According to this recent post by Lauren Fleshman, she’s training for the Broken Arrow Skyrace that takes place (hopefully!) in a few weeks. I can’t find her name on any of the entrants lists, but ya know whose name is on there…Alysia Montano! She’s in for the 11k! (Fun fact…both Lauren and Alysia attended the same high school in Southern California that happened to be my schools’ division rivals.)

Earlier this summer, SF Bay Area runner Phil Kreycik went missing and was ultimately and unfortunately found dead a month later. What we knew is that he’d gone off on an 8 mile trail run along a familiar route and there was no sign of foul play.
Now investigators are piecing together what happened using GPS data from his watch. Makes sense, but they’re going with the belief that he started his run at a 5 min/mile pace and that he ultimately succumbed to heatstroke.

Personal: This past Friday was the last time I’ve drank (or eaten) caffeine. There are plenty of reasons why, but mainly because I don’t like being dependent on things and would like to reap the benefits of it occasionally rather than needing it just to maintain normal life. I’ll still drink coffee if I need to stay up late or have a Coke after a race, but my normal routine of coffee coffee coffee is over. With all the smoke in Northern CA right now, I can’t tell if my headaches are caused by the air quality or the caffeine detox.  Anyone else gone through this? Thoughts? Advice?

SCMP/Agnew: Study shows that as people return to their offices post-shutdowns, their exercise frequency increases drastically.

This week in “science”…Too much cardio is bad for you.