Great post by Nick Hollon about what a runner thinks during a hundred miler and what he advises his athletes to focus on.

Justin/IRF’s Week in Ultramarathon and Trail Running results.  Bummer about Caroline at Caumsett.

Awesome! Official tries to stop track winner from doing victory lap, but FAILS.  Love the commentary in the video.

TIME Magazine has a piece on aging in athletics: What is it that makes older elites so different from the rest of us?

Always good to remember: How to run downhill.

Science folks help me with this one: New study shows that athletes who line up with anxiety due to perceived illness are more likely to get injured in a race.  Haven’t we all lined up with niggles and “possible injury” anxiety?

I was at Way Too Cool on Saturday for the 50k.  The fellas went out at sub 5mpm pace and pushed hard to the finish.  Pat Smyth led to Goat Hill (~M25), when Cody Reed (repping Team Under Armour) pushed past him for the win with Chris Mocko and Scotty Trumer a few minutes back.  Megan Roche led from the start for her third straight WTC win. Wow!  Here’s our interview with Cody from December. 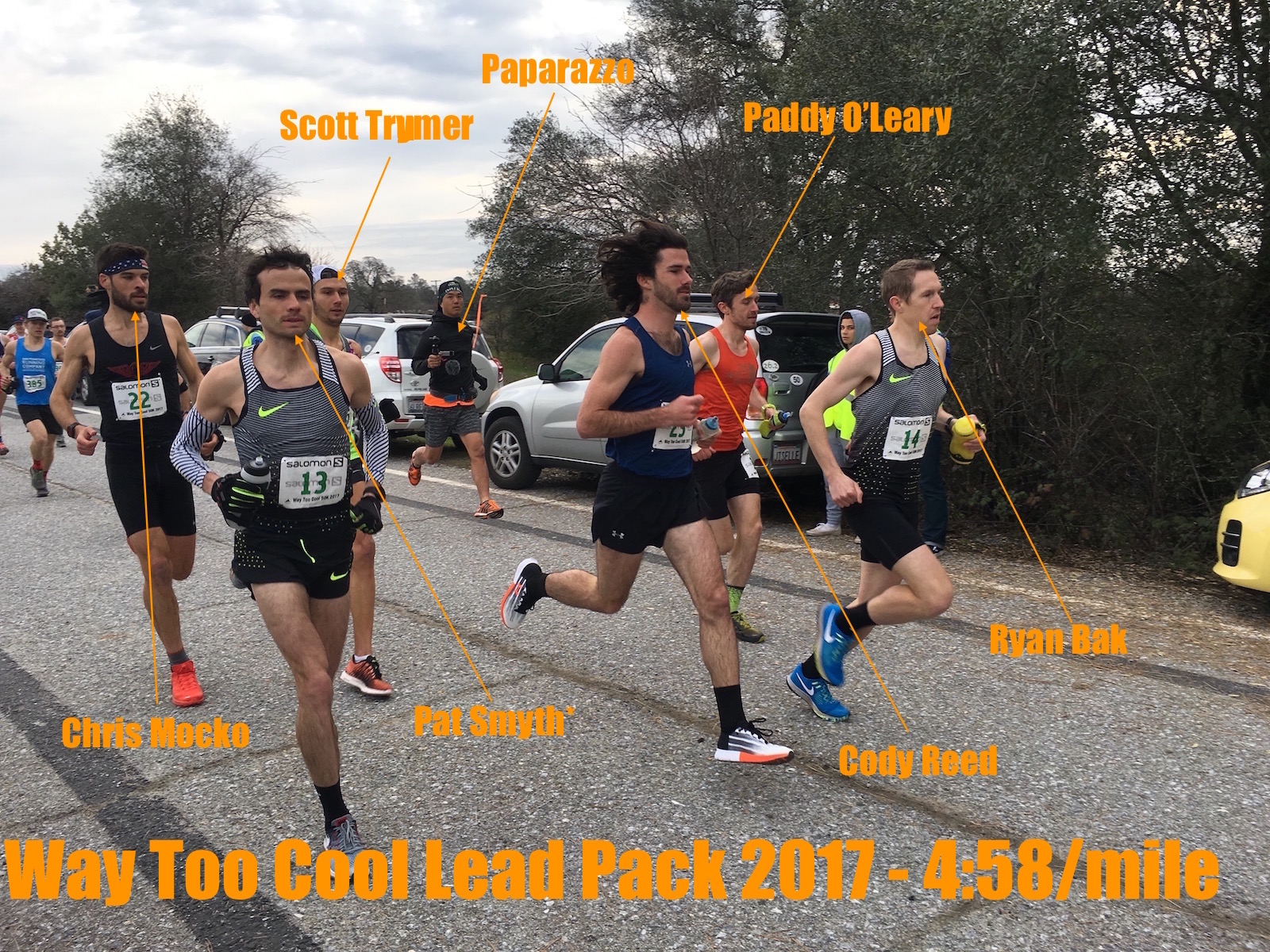 Tim’s report from the Green Man Ultramarathon in the UK.  Two takeaways: He does an excellent job of breaking down the mileage mentally.  And, they have pace groups like we do for big marathons!  I haven’t heard of that in any other ultra.

Duuuuude, you had one job.

Personal note: I ran last night! After a failed attempt last week, I ran an easy three miles (only meant to go one) with Sunny last night and felt great.  Still feels good this morning, so I’m going to sign up for a 50 miler next weekend. (I kid.)  Latest injury: Face hurts from smiling.

It’s Monday and we already have the Worst List of the Week Award: The best Instagram accounts for runners.

Interesting: What does Ryan Hall think about the sub2 project?  I think he’s probably right…or more right than anyone else, how about that?

Giving away a pair of cool sunglasses on the Patreon page. Announcing the winner this morning.

Excellent piece about the importance of spending more time outdoors and the havoc it wreaks on our systems if we don’t.