Justin/IRF’s weekend results from ultramrathon and trail races from around the world. Special attention to Darcy Piceu‘s new supported FKT of the tough John Muir Trail.

What in the hell happened at the Mexico City Marathon? 5,000 runners were disqualified for cutting the course???

Be sure to listen to this latest interview with RRR champ Courtney Dauwalter. Sarah and I had our jaws on the floor as Courtney described her final 12 miles of the race. 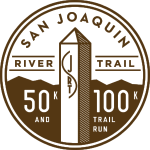 That episode was sponsored by the San Joaquin River Trail 50/100k on Nov 18 in Central California. Lots of vert, 4 UTMB points, and a friendly, laid back atmosphere sounds pretty sweet!

Day in the life essay by Zach Miller.

Sarah’s mentioned this numerous times on the show: The female athlete triad.

Anyone in Colorado Springs recognize The Mad Pooper?

Cross country sort of creeping its way back into the Olympic Games. I still don’t understand why it couldn’t be a winter event. The entire continent of Africa is left out of the Winter Games and it’d give them all a fair chance to compete.

Steve Hoag just passed away, and though not an ultra marathon guy, offers a look into distance running in the 1970s and what the thought of the all the gizmos and training regimens of today.