Lessons on aging well, from a 105 year old cyclist.

Great report about the slide n stride.  Skiing across the plains to the rim of the Grand Canyon, then running it rim to rum.  Arguably more difficult than the longer rim to rim to rim, and certainly more gear and planning involved.

This week in science: Pasta is….good for you!

On one of them—because, at this point, I was more like a rag doll with only my legs running—I ran right off the bridge into a vegetation pit……I have never fought so hard to make it to a finish line. But if I’ve learned one thing it’s that you don’t really need a torso to race. All you need are legs.

–I think it’s safe to say that Sabrina writes my favorite race reports. This, from her win at Rocky Raccoon 100.

No ultramarathon content, but something many of us have dealt with during our travels: Travelers guilt.  Have you spend more on airline ticket for a race than the citizens earn in a month? How do you rationalize it?

Lauren took a month off of running, work, social media, and life.  Here’s what she learned during her sabbatical. 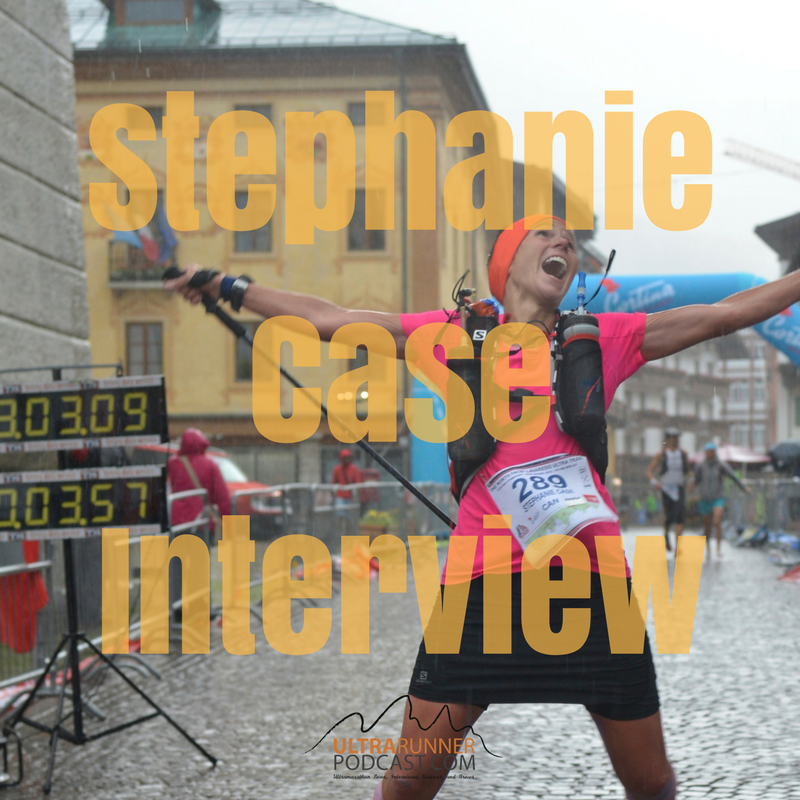 If there’s one episode you should listen to, make it this one.  Sarah and I chat with Stephanie Case about training for mountain ultras while living in war zones, how to breathe life back into a dead cellphone, the real message behind her TED talk: You don’t know your limitations until you push them.  She also–for the first time–talks about her accident five weeks ago that left her with a collapsed lung, broken ribs, and bleeding liver halfway down a cliff in the Italian Alps.

I asked Stephanie about any symptoms she experienced with a decreasing core temperature.  Here’s what happens when you freeze to death.

Pretty fair explanation of what’s going on between Patagonia, Outdoor Retailer, and the State of Utah.  Where would you like to see it move?

RDs and marketing folks: Moving into the second round of ads for the next few months. Email me here if you’d like to get on the schedule and have your race/product in front of the URP audience. Thanks.

Why a trail or ultramarathon running camp is exactly what you need right now.  Only one I’ve been to is Team RWB…any others to check out?

Last year, Yassine, Scott, and Travis attempted an FKT of the PCT in Oregon. Here’s the trailer for the movie. Anyone seen the whole thing?

Speaking of FKT, what do you think was the FKTOY for 2016?  Buzz from UD has a contest going right over here. I voted a few weeks ago and it looks like the winners will be announced next week.

Anton and his massive beard went on an epic trek, walking through 10 countries to get to a library in Argentina.