A $9 bus pass can get you access to one of the most epic 27 mile runs (Yosemite->Mammoth) in the country. Here’s Tim’s report with pics that’ll make you want to change your weekend plans.

On-board camera footage of yesterday’s Tour  de France. It’s awesome to see how close those guys are and how they handle crashes.

More cycling: This Norwegian journalist tried to eat as much as a TDF rider and ended up barfing all over the place.

This has got to be one of my favorite pics of the year. Who else wears his running kit and HOKAs while running with the bulls in Pamplona?

TBT: Inteview at an appropriate time: Here’s Alan Abbs’ interview from two years ago during his absolutely bonkers Vol State win. If you haven’t heard it, give it a listen…he’s a great story teller.  Speaking of which, VS starts today and you can follow it here.

Good to know: How easy is it to be a doper?

New film by Jason Schlarb and Jeremy Wolf about their bromance on the trails in New Zealand.  Longer film coming later today via Outside Online. I’ll update this when it posts.

I was in SLC for Outdoor Retailer last year and was really impressed with the trails. This NorthFace race covers much of those same mountains in nearby Park City.

I may need to revisit the definition of adventure because it currently feels synonymous with “ordeal” when I hear it.

—Quick and dirty chat with the two winners of the Montrail 6k Uphill Challenge (the race the day before WS100 that runs from the start line to the top of the mountain.)  Here’s a pic from the start: 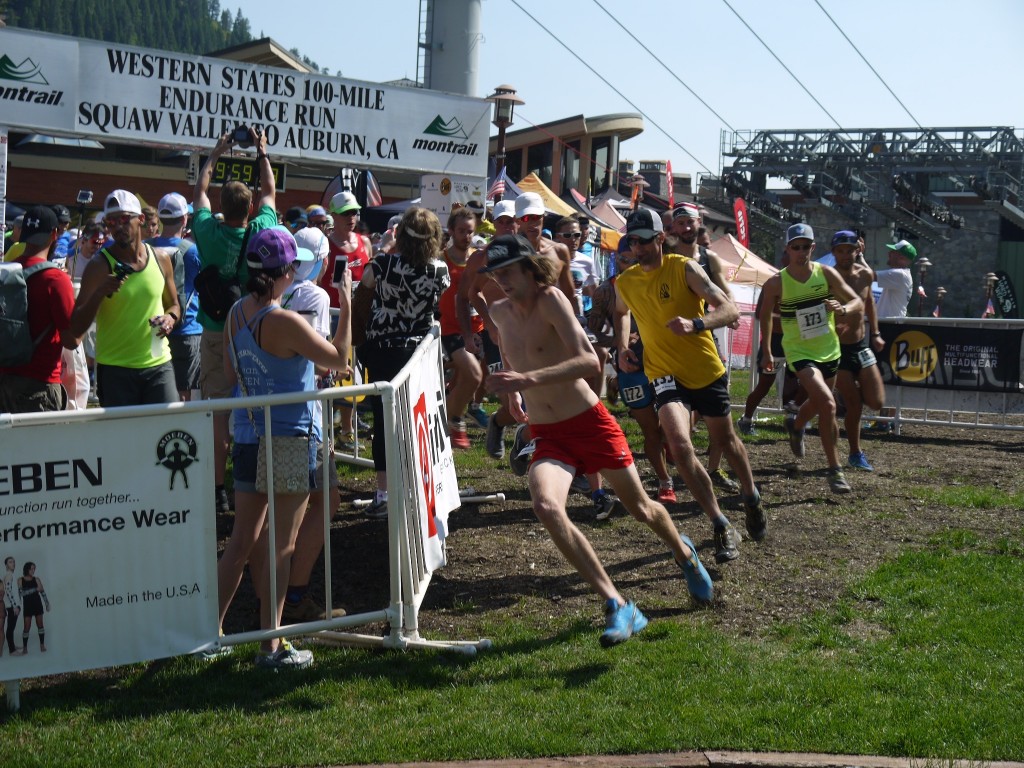 I’ll admit it, my map reading skills are atrocious. I’d fail at orienteering, but it certainly sounds like a fun sport.

Scott Jurek is close, will he make it? Here’s Outside’s analysis of his progress from yesterday, but I saw some updates here from last night and it looks like he may have got lost and missed some valuable time.  This really puts into perspective the awesomenewss of Jennifer Pharr Davis’ record, doesn’t it?

Great profile of Ashley Arnold in her college alumni magazine.  Her openness with her past eating disorder is powerful.

If you want to squirm a bit, first put down your coffee and any food items, then watch this video of a guy removing his big toenail.