Massive kudos to the RD and SAR teams who helped avoid a disastrous situation in the mountains of Utah.

Inn-to-inn hiking (and running and biking!) is wildly popular in Europe and is just starting to gain popularity in the US. Here are a few places you can try it out.

Now this looks like a fun group to run with in Charlottesville.

And the Monroe Dunbar Brook Trail Race looks like my type of old school trail race in Western Mass.

SCMP: Is carb-loading the best advice for your next high altitude adventure? (And that first picture from the Sichuan Skyrun is crazy!) 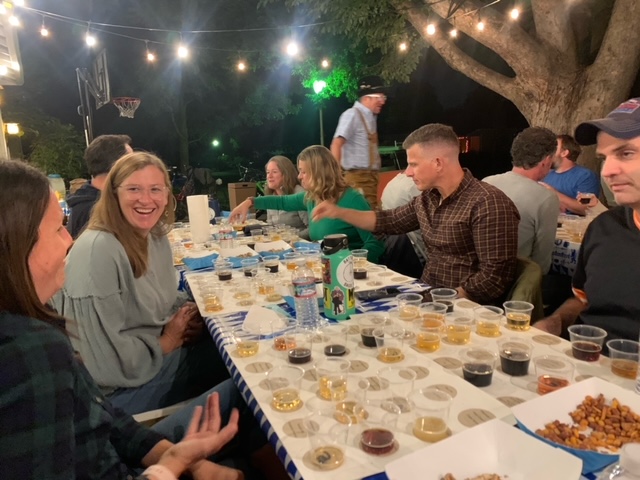 I hosted my annual beer tasting event this past weekend (24 blind tastings that are matched with a known list of beers) and snuck in an Athletic Run Wild IPA. Not one person guessed it was non-alcoholic.

Speaking of beer, apparently you’re not allowed to stand while drinking in Australia? WTF is going on down under?

ProTip: If you’re going to duplicate/fake a race bib for an event widely covered by the media, don’t be a dumbass and run next to each other.

Multi-days have always been ahead of their time; before there was the beloved 26.2 marathon and Boston, famous figures like Edward Payson Weston and Daniel O’Leary were dueling in 6-day endurance feats. Immensely popular, the 1877 rematch of Weston and O’Leary drew 70,000 spectators – drinking – yelling – and betting on the winner. Bertha Von Berg won the first women’s 6-day race with 372 miles in 1879 a century before they “allowed” women into the modern marathon.

—Jared Beasley writes for Ultrarunning Magazine about the IAU’s decision to abandon any ultramarathon over 48 hours. Laz shrugs his shoulders and says NBD.

After a weekend of big races, ever wondered what pro marathon runners contracts look like? LetsRun explains them all right here.