How female ultrarunners are setting the pace in India.

Ultrarunning Mag releases a gear guide for new ultramarathon runners that’s not written by a sponsored athlete and does not include any affiliate links. Nice!

Kilian Jornet announced yesterday that he’s leaving Salomon to start an as-yet-undefined project. Lots of speculation whether it’s to start a new apparel/shoe line or if he’ll jump sponsors. Or maybe his prank a few years ago was true and he’ll become a professional angler. 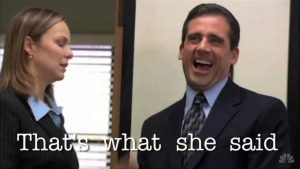 Trailrunner/Roche: It’s perfectly normal to feel sore in the morning.

Something tells me that when the MUT women and allies pushed hard for more female inclusion into the Hardrock 100, they weren’t planning on transgendered women taking up spots in the lottery pool. Let’s see what happens this weekend.

HOKA One One is named Footwear of the Year by an industry association. Here’s what pros, footwear folks, and retailers say about the brand.

RW/Butler: Sarah Lorge Butles does some deep reporting on the relationship between USATF and Nike.
Kevin Beck offers his viewpoint on the article and investigation right here. (And if you’re not subscribed to Beck’s substack, give it a thought. While you may not agree with everything he writes, he’s got an experienced angle and sharp tongue and this industry needs more perspectives, not fewer.)

“If you’re doing this at a high level, you’re taking everything into account,” Beavin said. “To an extent, you can BS your way through a half-marathon, or even a marathon. But if you’re going to run ultras, you’re probably plugged into all this stuff.”

—Ultrarunning Magazine covers the rise of Zack Beavin in the ultramarathon world. What’s next for him?

BBC: While we’re over here fighting about masks and vaccines for 6 year olds, there’s an actual war going on in Ethiopia that I didn’t even know about and two of the best runners in the world (Haile!) are ready to head to the front lines. Yikes.

University in Colorado starts program examining the relationship and effects of THC, CBD, and exercise.  For more on this subject, Jason Koop’s recent podcast dove into he subject with a Professor of Human Health and Nutrition. (I haven’t listened to it yet.) I’ve got a lot of experience in this subject…a large percentage of my workouts (both on trails, road, and water) are after ingesting cannabis and find the “pot makes you lazy” retort both lazy and tiresome.