Fifty two reasons to run an ultramarathon. Good for a mental refresh.

Be sure to check out this new video by Matt Trappe and Myke Hermsmeyer that shows a new side of Jim Walmsley’s drive to succeed and how it was borne from more than just “the wrong turn.”

Then listen to our latest podcast with Jim where we did into some weighty issues and learn more about what he’s expecting from himself this weekend. 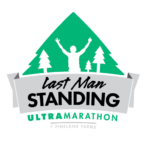 That episode was sponsored by the Last Man Standing Ultramarathon in Maine. How long can you sustain a hilly 4.2 mile loop if you’ve got an hour to complete it? Find out on September 2nd.

Fourth place female at Broken Arrow 52k was Katie Steinberg, a runner I wasn’t familiar with. After some digging around, it looks like she’s balancing teaching while putting up some solid results (North Face win, multiple Bighorn 50k wins) and is registered for both Sierre-Zinal and CCC. That was a tough field and she did well…I’ll be keeping an eye on her.

Sydney McLaughlin is awesome. Check out that speed!

Runner’s World posts an ode to ultramarathons. Up next? Run Your Fastest 50 Miler in Just Three Weeks!

Excellent post by Amelia Boone about the pressures to compete and win in events that she’s no longer having fun in. Honest and real, we get to peek into the psyche of a top athlete and “hear” how she handles it. I’m hoping we see more of Amelia at trail and ultramarathon events  this year.

Following a post by Ms Boone is of course…a post by Mocko.  This really is great. For a top runner who many expect to be top five, he lays out his exact strategy and thoughts for The Big Dance.

Eventually, I came to the realization that it was Me who signed up for this shit show. Me who was blaming everyone and everything. Me who chose this sport. Me who had been in this situation before. And me only who could get me to the finish line.

—A great race report from Bighorn 100.

Nerd alert: You ready to geek out on finish vs DNF predictions for Western? Data junkies rejoice!

Read this latest post from Sarah about running with Rocket. Great story telling!

Wyatt’s advice for Western States runners is spot on. Get in the damn water.

Predictions for Western men and women from the fellas at Ultra168.

Peanut butter beers aren’t my thing. If they’re yours, here’s a list for ya.

Besides running and beer, I think “balance” is the main theme to these pages and podcasts.  Aliza pens a great piece about the magic of the word “no.”

Want to get paid to test gear for REI? Start here.