How to crew an ultramarathon in six easy steps.  Pay attention to the part about written directions vs cell. How many times have we found “crew” driving about looking for an aid station because they’re in a canyon without cell service?

Speaking of crew, here’s our interview with crew extraordinaire Kim Gaylord from a few years ago.  If you’re running, crewing, or pacing Western this year, be sure to check it out. 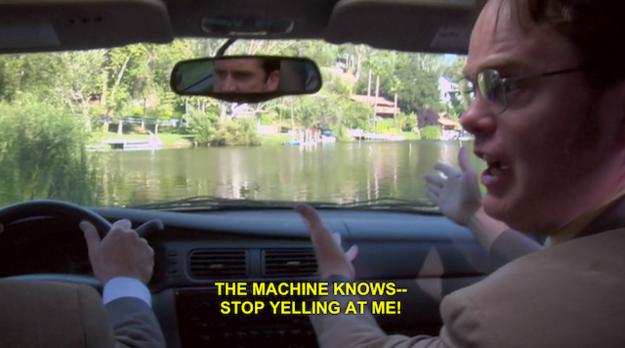 And hey, speaking of our dependance on GPS navigation, is it scrambling our brain?

I’d seen the name on gear, but never appreciated who he was: RIP Royal Robbins.

Such an important aspect of success: Training and the art of self belief.  Do you believe you can finish that 50miler?

Safe to say this father and son have a competitive relationship?

Did you read Ben’s review of the CamelBak Ultra 10 hydration vest? If you’re looking for a breathable pack with plenty of pockets, this might be for you.

MUT runners are usually a pretty cool lot. Then there’s this UK gal who stabbed an official in the neck.

–The entire running world lost an icon this week with the passing of Ed Whitlock. Again, 2:54 marathon at 73 years old.  Hard to comprehend.

Kid scores a prom date with Strava art.  Then these guys laughed in amusement.

Science?: Why you should not be running.

Just when I think Under Armour is making solid progress in the MUT space, they hire a Chief Innovation Officer with what appears to be zero relevant athletic experience.

Follow along with Clint’s journey to the Western States Endurance Run.  Just got into the sport and have dreams of running at the Big Dance?  You’ll relate to this.

Yes, I’m with you. I love running on the beach. You?  And she nails it: When society and people get crazy, escaping to nature is a surefire way to put it all in perspective.

Whoa, watch this. MTB rider has close encounter with mountain lion. Be sure volume is on for guy’s commentary and the sounds from the cat. Anyone know where this is?

When Flynn tried to charge her, she kicked him in the groin, grabbed his shoulder and punched him in the face, the complaint said. After that, he “became somewhat compliant.”

–A few years old, but worth it: This dude picked the wrong trail runner to mess with.

Did you catch Scotty’s latest update? Mom’s OK and his motivation is on the upswing.

Cool footage from the Caballo Blanco ultramarathon in Mexico.

But when asked whether Russia was likely to be compliant in time for Pyeongchang, McLaren said: “It depends on the goodwill of everybody working to meet those timetables. I would think it would be a real struggle and a lot of hard work to meet that timetable.”

–Basically, doping was so prevalent in Russian athletics that they’re going to have a tough time finding enough clean athletes to compete in the next Olympics.

This post about how an injury/rest day made her put her running into perspective made me think about an upcoming episode I’ll be hosting.  We’ll be talking about mojo and what happens when we lose it.  Not overtraining or burnout, but more of an (often temporary) perspective change that many of us have been through.  I’ll be asking the Patreon crew for more input on this important subject in the next week. Stay tuned.

Just yesterday, I heard some moms at my daughter’s school talking about “breaking up” with their hair stylists.  Here’s the athlete’s version of that.  (On a personal note, I found a PT whom I really like and trust 100%.  I like him a lot.)