I’ve made remarks in the past about “lists” in magazines being nothing more than paid placements for advertisers. Well, wouldn’t ya know, URP showed up on Outside magazine’s Eight Best Outdoorsy Podcasts lists, and I had nothing to do with it.   Thanks for the honor, Outside, and big thanks to my co-hosts Sarah and Ethan.

…and if you’d like to get on board with adversing with URP, shoot me a message and let’s talk. Now’s a great time!

Mario’s Morning Shakeout newsletter is a must read for me every week.

How to handle your period on the trails or in an ultramarathon.

Can’t figure out which would be worse: A beer mile with Rocky Mountain Oyster Stout, or with pizza beer?

Nine months is a loooong ways away, but North Face Championship will sell out soon. Better get on it.

Read this: Caroline Boller’s report from Olympic Trials. What went right, what she’d do different next time, and solid advice for everyone.

And watch this: New Solomon film takes Anna Frost back to her home turn in Papau New Guinea.  Hearing her talk about whether or not she’s lost her competitive edge harkened back to some of her comments in this episode from last year.

India is adding an ultramarathon to its list of sporting events, right behind cricket and professional wrestling.

In preparation for the Tahoe 200 in September, I’ll likely be doing all of these 50ks in Tahoe this summer. Anyone else?

No ultramarathon content: Snowboarding with jet engines. Seems pretty mellow now, but give it a few years, and it’ll be huge. 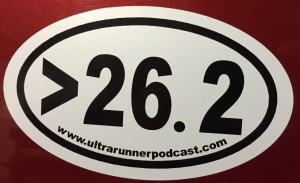 Looking for a cool ultramarathon or trail running sticker while supporting URP? Look no further.

Anxious to see how this partnership between trailrunning and college sports turns out.  New breed of speedsters in the next few years, for sure!

Interesting article about this Ecuadorian mountain runner who helps people with FKTs, for sure, but also somewhat disappointing in that I (naively) figured many of those accomplishments were done without pacers.