Ultramarathon and Trail News From Around the World

Awesome: Eric Ghelfi weaves Star Wars references into a story about wrong turns and attitudes on the trails. Which type are you?

Sarah reviews Jason Koop’s Training Essentials of Ultrarunning and gives it a thumbs up.

A mid-packer’s guide to Ultra Trail Australia (or any other race for that matter.)

“But no one can tell me how I am and what I am. Being what I want to be is my decision.”

-Ecuadorian dude who lost his feet to frostbite after climbing Acancaguq a decade ago. Now he’s heading up K2, sans feet and sans oxygen.

WSJ: OCR is trending down significantly from last year.  Will ultrarunning and trail races soon meet the same fate and get back to where we were a decade ago?

More on that: The boom in ultramarathon and trail running has drawn comparisons to the mountain biking boom of the 80s and 90s and also to the instant when surfing went “mainstream.”  The “us vs them” mentality can even be seen in road races, when new runners stand at the front of the chute, unaware that they’re about to trip up the front runners. Surfing still has its share of newbie vs old school issues (though drawn out in local vs non-local fashion), and I see some of this same attitude with the old school MUT runners grumbling about the new roadies coming in.  How’s the scene where you live? Is there a divide like they’re seeing in surfing?

Got your >26.2 sticker? I’ve sent them all over the world, and it looks like one found it’s way to the Eiffel Tower in Paris! Thank You so much to everyone for keeping the site funded. I truly appreciate it. 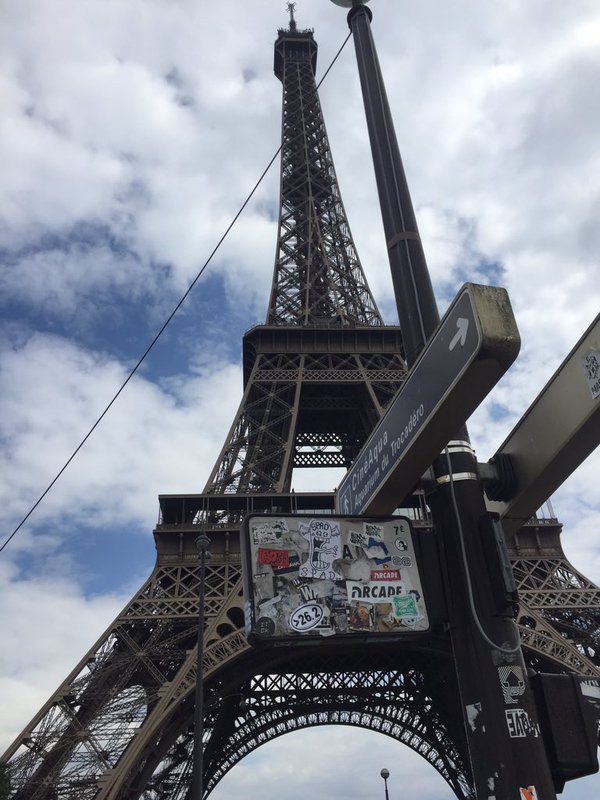 A great discussion: Does grit matter more than raw talent, and can a person increase it?

And more on the mental aspect of running: Can rinsing your mouth (and spitting out) sports drink increase your performance?  Maybe it can, maybe it can’t but I’m swallowing it.

Full weekend results from This Week in Running by Justin/IRF.   The big names were spread out all over the country this weekend with quite a few races.

Race report from Canyons 100k in list form. Bonus: His playlist, with justifications for teen pop.

Nicky Spinks becomes 2nd person (and first woman) to complete a double Bob Graham Round in the UK.  Nice!

Twelve weeks after an ACL reconstruction, Emelie is back running.

Site news:  I generally publish the Daily News around 6am.  For the next few months, I may push that back to 9am maybe twice a week. As the weather is heating up and my big races are approaching, I need to focus on long runs in the morning, and something’s gotta give.  I’ll keep you all updated.

14 Responses to "Ultramarathon and Trail News, Mon, May 16"