As the podcasting medium has taken off, so have messages and requests about what type of gear I use and what the URP set up looks like. I’m always open and happy to help, and maybe this will help get you going in the right direction. If you’ve got questions or comments, please share them publicly in the comments section. As anyone who’s tried to figure out technology before knows…the comments sections are often more valuable than the OP.

I posted this a few years ago about my kit and though much of it is still the same, there are a few major differences. All and all, the total cost is the same for a nice set up. For basic hardware and the vital software, you’re still looking at less than $500.

First, I’ve bought all sorts of gear in my quest to get this “right.”  With zero background in audio or technology, I attempted to buy my way into the right sound, only to really only find myself with a ton of wires and plugs I didn’t know what to do with.  Feel free to learn from my mistakes!

And second—and really most importantly–is how little this matters to the success of your show. Focus on the guest, the topics, and get comfortable behind the mic. Book dynamic guests who have a story to tell AND make absolute sure they’re able to tell it in a compelling fashion. You can have a $10k set up, but if your conversation falls flat, your listenership will wane. I’ve had decent success in this space by focusing on guests and tech equally and would recommend new podcasters do the same.

Finally, if you’re looking to use a cell phone to make/place your connections, check out the updated podcast gear list I linked to above. It all centers around a little device called an iRig and the setup makes any show using multiple mics a breeze.

But enough about that. Let’s get to how this all works.

After using other brands and formats, I went back basics and picked up a Blue Yeti

for $125 on Amazon and am happy with my purchase. I love the different polar patterns offered…these allow the user to focus the sensors for solo recording, open it up to bidirectional (sitting across from each other with the mic in the middle), or wide open for a group recording. 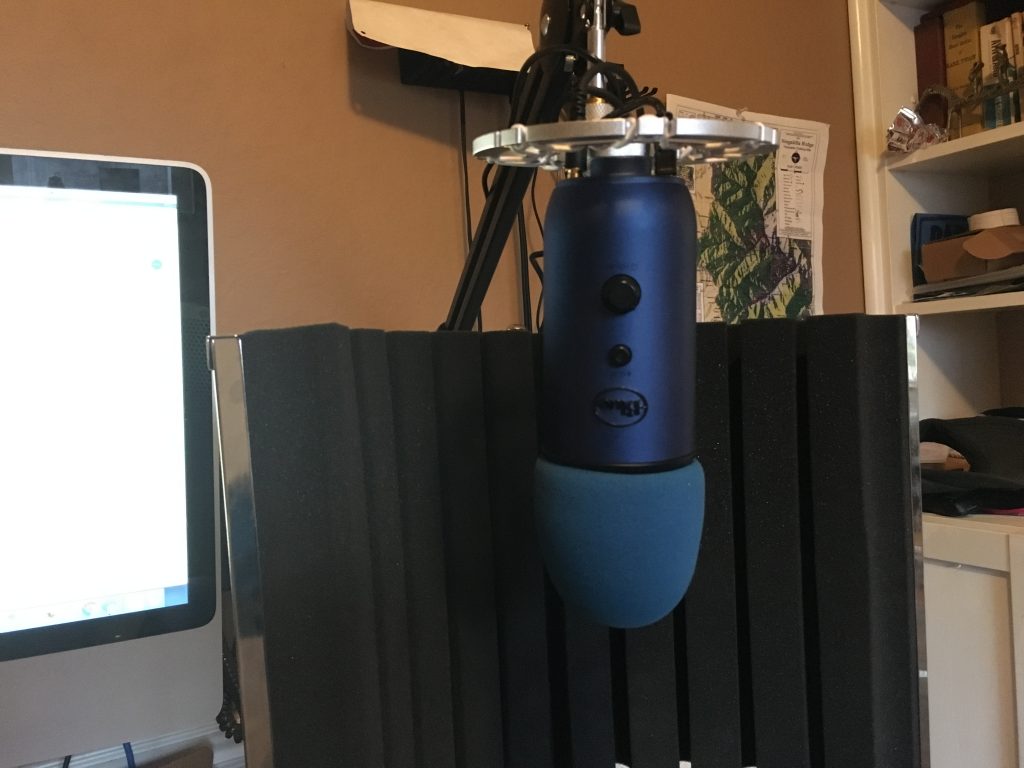 It’s also got the requisite headphone jack for latency-free listening.

Many people see the Blue Yeti as a starter mic, but am thrilled with the ease, cost, and let’s be honest, design. Highly recommended.

Having a closed ear headset is vital when you’ve got hot mics around. I’m sure there are a few URP episodes out there of feedback-heavy recordings when I used cheap headphones that allowed for audio leakage. Not something I’m proud of, but I was on a wicked learning curve and hopefully you won’t make that mistake.

Initially I had a set of industry-standard AIWA HP-X223s (discontinued, but I think they were around $100), then picked up a pair of AKG K44’s from Guitar Center for $30. The AIWA’s were solid, while the AKGs were purely for utility.

I recently picked up a pair of Audio-Technica ATH-M50x Professional Monitor Headphones,

and yep, I’m a believer. Full ear coverage, crisp, full sound, and pretty darn comfortable when I’m wearing them for hours at a time. At $125, they’re a great deal if audio quality is something you’re interested in.

A common question is how to get the phone/VOIP signal into your computer. I know of myriad app recorders, and while some people like them a lot, many require both ends (the host and the guest) to download the app, and frankly, I think that’s asking a lot of someone. 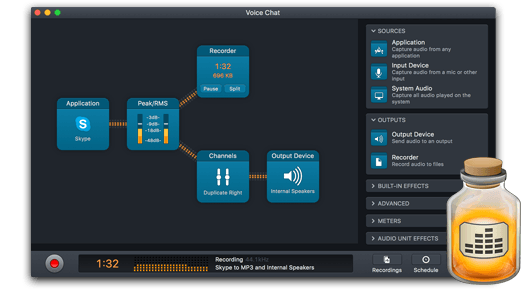 What I’ve used since the beginning is a program called Audio Hijack (by Rogue Amoeba). For someone without a background in audio tech, the Audio Hijack interface makes recording between different formats (Skype, FaceTime, cell phone) a breeze. Just drag and drop which mics you’re using, and you’re good to go. Beyond that, there are plenty of fun editing options, noise reducers, levelers, and gauges to fully get your geek on. The good? It’s only $59. The bad? It’s only for us Mac folks.

Upon finishing the interview, the raw mp3 (or AAC, or whatever you want) is dumped onto the desktop.

OK, I’ve got a file with people talking on it. Now what?

From there, I drag the file into GarageBand for editing and music. I’ve tried Audio Hijack’s partner program called Fission, but couldn’t figure out how to use the multi-track option (so I could “fade out” the music when I intro the show), so I went back to the first program I used, and that was GarageBand, which coincidentally comes free with most Mac software bundles.

I generally record my intros, outros, and any ads in post production, and it’s at that time that I also dump the music MP3s into Garage Band.  From there, I “save file to desktop” and open up the next window.

The Magic of Auphonic

If you take one thing away from this, make sure it’s this: Auphonic is magic and you need it. I’ll make zero attempt to explain how it works, but will instead let you know what it does. 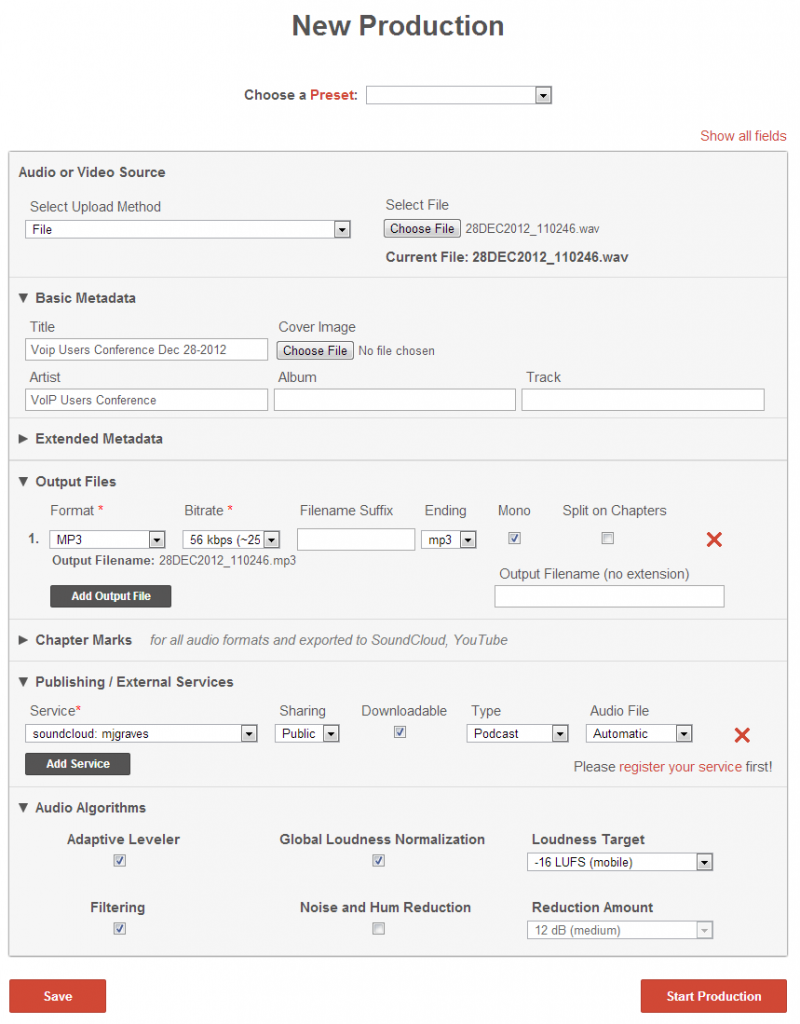 Once I get the email that the file is completed (usually 5 minutes or so), I upload it onto my server via FileZilla and start writing the copy for the website. (I have a web guy who built custom servers for URP…the bandwidth is pretty nuts).

Since URP is a WordPress site, I chose the PowerPress plugin to help publish the episode.  Partnered with blubrry, I’m able to keep a tab on metrics in real time.

Whether they’re XLR or USB, don’t get the cheapies. I’ve had interviews crap out halfway though because the cables simply stopped working. It’ll be a matter of a few bucks…spend the extra dough.

Good microphones are heavy and require a strong stand. Luckily, the Blue Yeti comes with its own stand, but if you’re using it in a soundshield like I do, you’ll want a boom, and again, you’ve got to spend money to get a good one. After three cheap versions, I recently upgraded to the iksee Studio Arm

($45 on Amazon), but am still not happy with it as it sags more than I’d like. I’m guessing I’ll upgrade to the RODE PSA1 pretty soon.

You can check out the link from my previous kit to see my homemade sound shields, but I’ve upgraded to legitimate models and am happy I did so. These are important to audio quality and though the materials hardly differ, a strong build and collapsible body is a nice benefit. I’ve been using the Marantz model ($59) for a few years and love them. 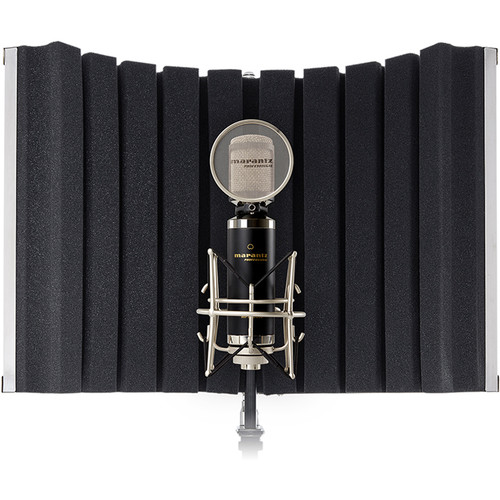 With audio crap comes cables! It’s incredible how many cables I’ve amassed over the years, and it’s amazing that I use most of them on a weekly basis. Rather than fill a drawer with random cables, I hang them on the wall using this. It’s not the most attractive thing, but it makes my life so…much…easier. 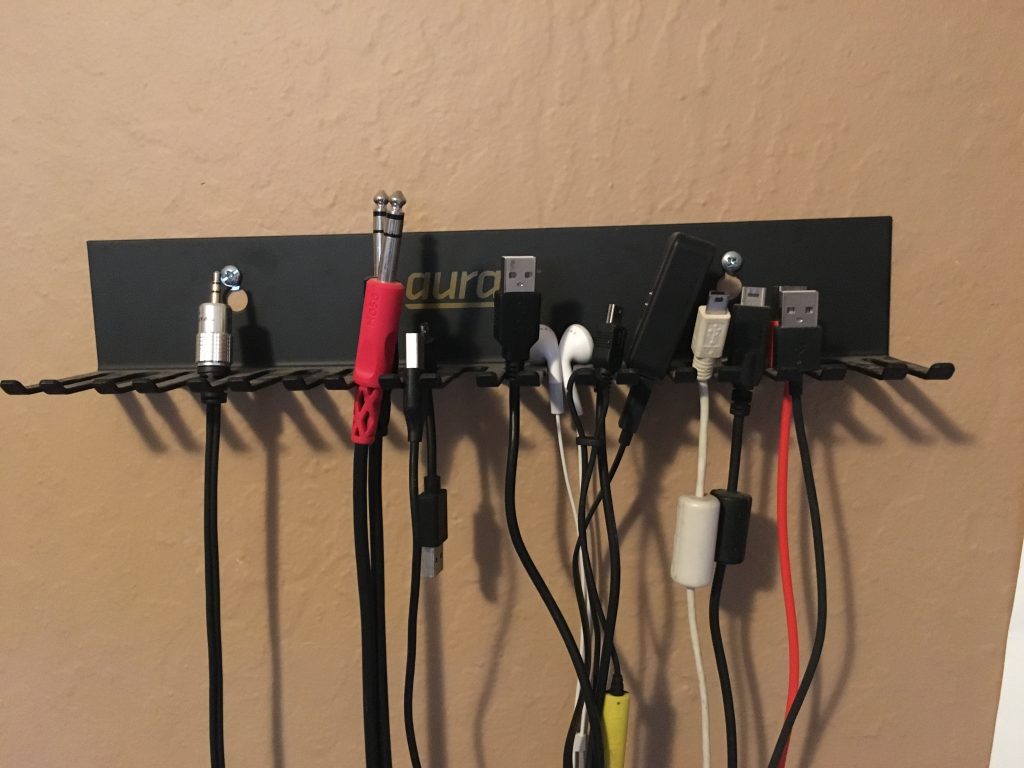 From there, you’re on your own. Getting the RSS/iTunes connection can be tough and confusing, and there’s really nothing I could write here that would ease that process. I’d recommend getting someone to help you and buying them a few nice beers.

If you’ve got any questions, please don’t hesitate to reach out. While it seems like “everyone’s got a podcast now!”, I’d still love to see some demographics represented more thoroughly.  If you’e got questions or comments, please do so in the comment section below.