I’ve received a copy of a letter sent by the USATF MUT Council announcing that the Federation will “sponsor” a team scoring competition (the USATF Ultra Team Invitational) at a few upcoming events, namely the wildly popular The North Face Endurance Championship in San Francisco in December, Lake Sonoma 50 in April, and The Rut in Montana in Sept ’17.  All big events in the ultra world.

Please see the letter for more information and my thoughts and questions below. 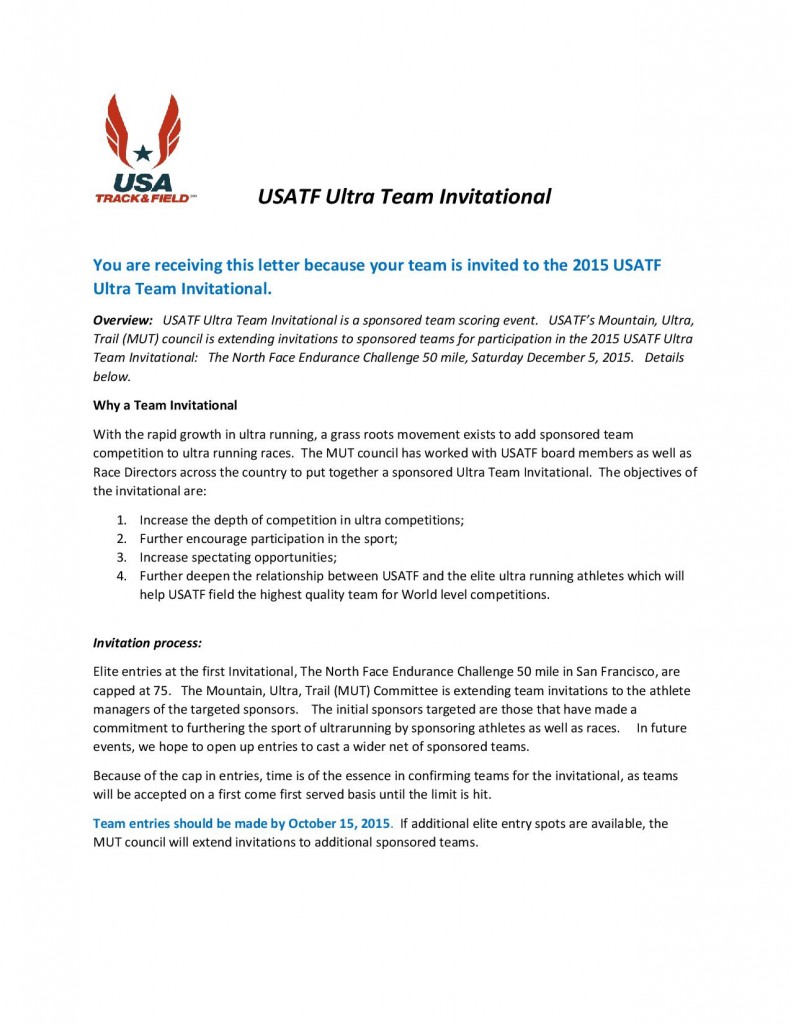 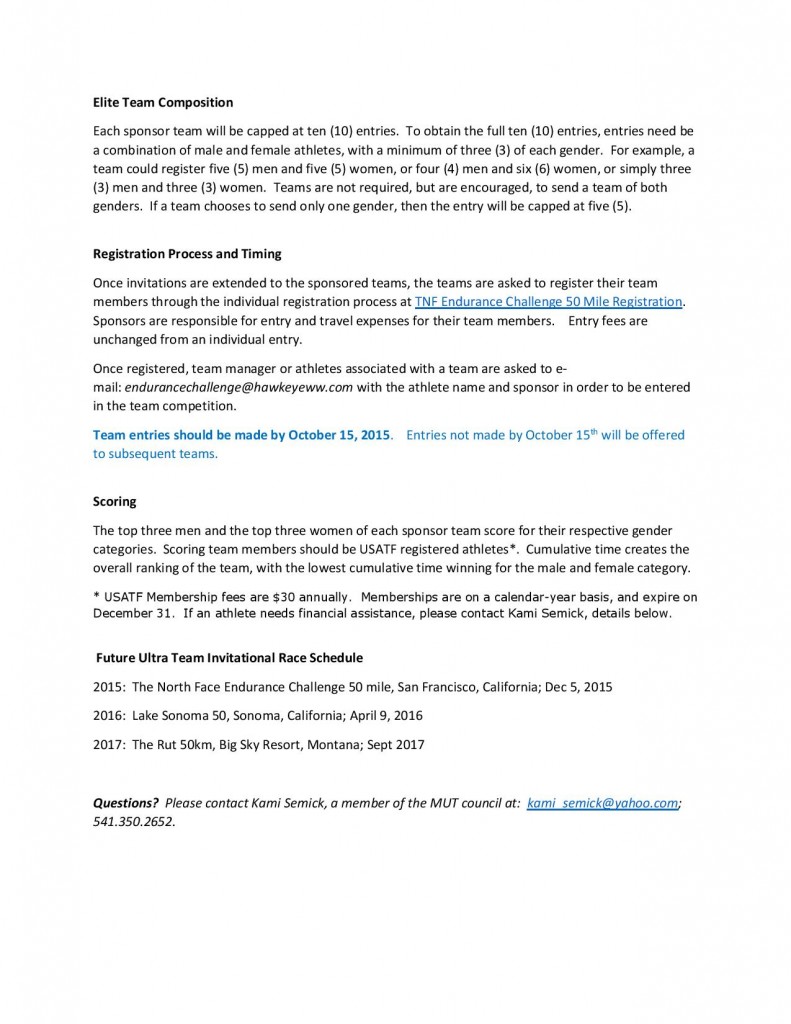 Kami Semick is in charge of this, and Kami’s a solid advocate for not just the sport, but for professional runners. She’s been around for over a decade and understands the need for controlled growth.

The other good news is hey, this is what we’ve been talking about for years!

It’s USATF, and I’m not a fan. While I support 92% of the Nike Trail Elite program, Nike Corporate has made questionable decisions and I believe the USATF/Nike duo will not be good for our sport.  Both organizations have an abysmal history of PED abuse and while I recognize that it’s already permeated our borders to an extent, I’d like to keep that as far away from MUT running as possible.

What say you, what say me?

If I were able to go out on a run right now, I’d head out for the trails, noodle this through my noggin for a few hours, and report back, but I’m still on the dang DL.  So what say you?

Is this big news? Will it take off? Will it affect the Average Joe runner?

Who do you see participating? Elites for rival gear manufacturers? Local clubs?

Will USATF/Nike money influence made by Race Directors?

Will this be an opportunity for companies to increase sponsor activity? Is Nike Corporate trying to gain a foothold (pun intended!) in the MUT world?

Is this much ado about nothing?

20 Responses to "USATF Ultra Team Invitational – Is this what we want?"