With the World Cup obsession in full swing and baseball in season, sports fans are displaying 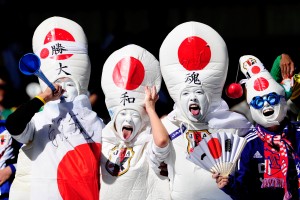 their favorite teams and players with jerseys, stickers, tattoos, and social media rants.

From this novice’s perspective, World Cup team affiliation seems largely to do with nationality, while American sport teams have fans for a variety of reasons…They have a player the fan likes, the city they represent has some significance, there’s a collegiate attachment, or they’re foes of a team that the sports fan dislikes even more.

Individual sports have fans too, tennis being a great example.  Some people were hardcore Agassi fans, some Sampras, while some (including yours truly) loves seeing Rafael Nadal beat by anyone. 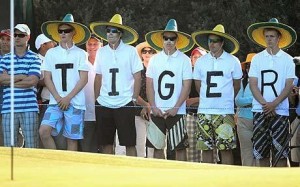 Tiger had his fans until his personal…uh…exploits turned a lot of fans off, but the Nike machine has done a good job reinstating his image and fans have returned.

During the Olympics, I find myself rooting for some gymnast or curler or cyclist or runner because of the short bio that shows them in “normal life” in whatever-town, USA.  Something connects me to them, and I find myself pulling for some 80 pound girl to win the vault.

This Saturday, I assume most Kiwis will be pulling for Vajin, Brits for Jez, etc, but aside from those, our sport doesn’t seem to have “favorites.”  Sure, some people like Jurek’s vegan philosophy, Anton’s running Jesus persona, Jenn’s party-girl physical appearance or Kilian’s brazenness, but enthusiastic “fans” aren’t very common in this sport of ours.

Do you have a favorite MUT runner? Why? The brand/team they represent? Their philosophy? Their physical appearance?  An inspirational book they wrote? Something you hear them say in an interview? Has that favorite runner changed over the years?

Why separates MUT running from other sports where they rabid individual fans? Is it the everyday man aspect of running? The intimacy of the activity?