I’m not going to lie. I wasn’t so sure about this whole trekking pole thing at first. That is, until I went to Switzerland to race the Eiger Ultra Trail 101K in July. The Swiss don’t seem to believe in switchbacks. Every climb seems to go straight up and continue forever. If I had to estimate, I’d say 95% of participants were using trekking poles and the other 5% (mostly American’s) were wishing they were.

Here in the United States, trekking poles are becoming increasingly popular among ultrarunners. I think it’s safe to say that they have been embraced more heartily by mid to back-of-the-pack runners and athletes competing in more extreme mountain races, like Hardrock. 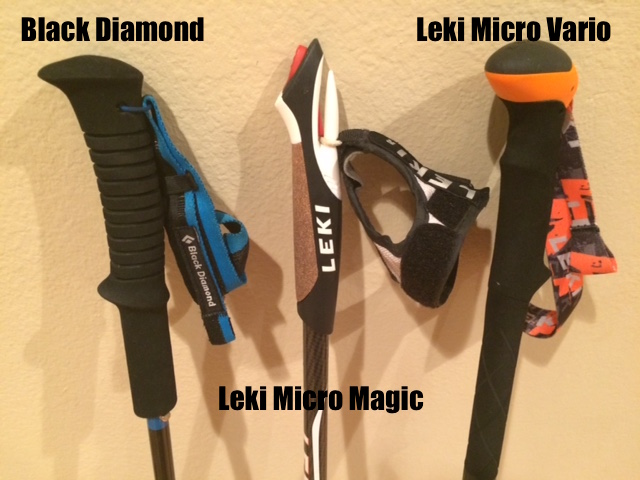 When I decided to focus my season around the Eiger Ultra Trail, I did so fully aware that uphill running, especially the kind that I would encounter in Switzerland, is not really my strength. I also knew that with more than 22,000 ft. of climbing, I needed to look for any possible advantage I could find. When Eric suggested that I write this review of trekking poles, I jumped at the opportunity.

My first experience was, let’s just say, less than a complete success. I chose my nearest “mountain” (the 3,849 ft. Mt. Diablo) as my testing ground. I took off up the trail at a moderate pace and within 1/8 mile I tripped over one of the poles. I ended up on the ground, covered in dirt and sporting a bloody knee. It was not an auspicious start.

It’s not that running with poles is difficult but, like anything, it does require a little bit of getting used to. If you are considering trying pole, I suggest you give them at least 3-4 runs before you make up your mind. Be sure to use them on a wide range of terrain that is consistent with what you are likely to see in your races. 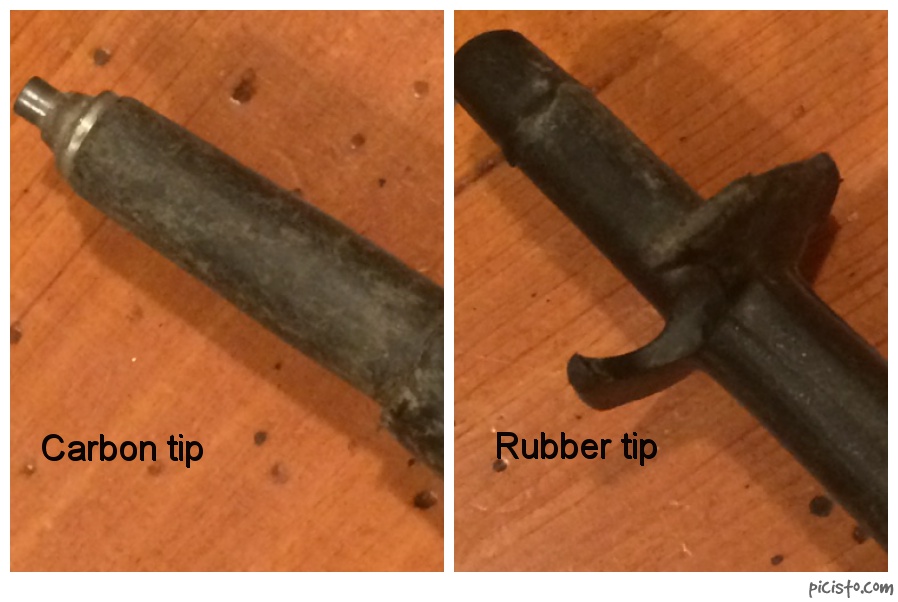 I had two challenges getting used to the poles.

For starters, I wasn’t entirely clear about what to do with the poles when running downhill or on flats. I felt that running with them on this kind of terrain (on all but the steepest technical downhill) slowed me down. There are really three options: 1) find the balance point and run with the poles, fully extended, in your hand; 2) fold the poles up and run with them in one or both hands; or 3) stow them away in your pack until the next major climb. I found that, for me, running with them fully extended, one in each hand was the most comfortable option. This did, however, mean that I always had something in my hands, which made it harder to reach and use my chest-mounted water bottles. I will admit that, later in the race, on VERY steep or technical downhill sections that I simply could not run, the poles were an absolute lifesaver.

The second thing that I found difficult at first was finding the right rhythm. There is no one-way to use poles correctly. I found that, at various times, it works better to alternate pole plants, much like a cross country skier. At other times, planting them both together and pulling myself up the hill seemed to work better. The grade of the climb dictates the technique.

What’s my point? Running with poles, like anything else, takes practice.

So, enough about me already…let’s talk gear!!!

There are two major manufacturers of trekking poles with distribution in the United States: Black Diamond Equipment and Leki (REI and Komperdell also distribute trekking poles in the U.S., but none of their models are specifically designed or marketed for running). 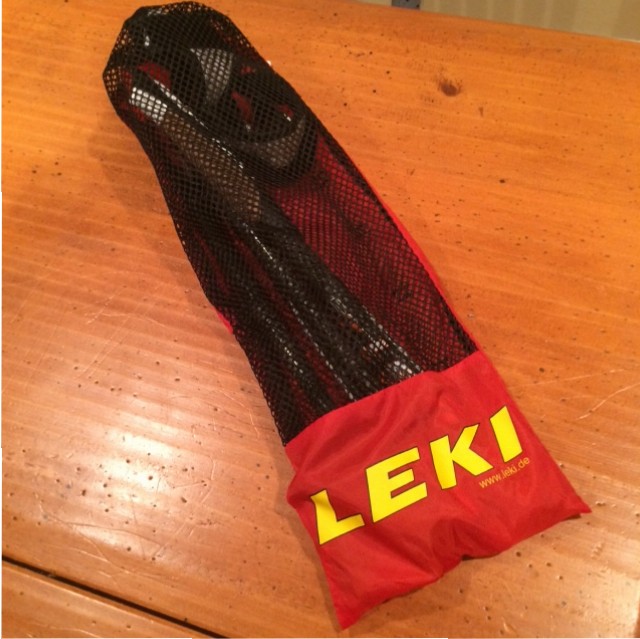 Leki, headquartered in Germany, has been manufacturing ski (downhill and nordic) and trekking poles since 1970.

For the purposes of this review (and in selecting a pole to use in Switzerland) I tested three models, one from Black Diamond and two from Leki.

All three of these poles are beautifully designed and are constructed from the high-quality materials you would expect, given their premium price point (it’s worth noting that there are less-expensive aluminum versions available that are also designed for running). Any of these poles will do the job really nicely, whether you are planning to use it for your next ultra or your other backcountry/mountain adventures.

So…which one did I choose?

It was a really tough choice between the Black Diamond Distance Carbon Z and the Leki Micro Magic.

In the end, I gave the nod to the Leki Micro Magic’s. While the Leki poles are slightly heavier (54 gm per pole) than the Black Diamond’s, I really liked the integrated Trigger Shark grip/strap system. This system features a strap that is worn a bit like a glove and which clips on and off of the pole. This allows you to let go of your pole on the backswing and catch it before your next pole plant. It provides great leverage, allowing you to both pull down on the pole in the first stage of a swing and then push off in the later stage without the added strain of having to grip tightly.

I will admit that I found the clip a little bit fiddly and hard to remove on several occasions but, based on what I saw at the Outdoor Retailer show, they have continued to improve the clipping mechanism.

I also found that the Micro Magic pole felt a little bit stiffer than the Black Diamond. I attribute this to the metal fittings between the pole segments. That said, this stiffness does come with added weight. It wasn’t enough to bother me, but for those who are really counting grams, this may be a consideration.

One thing I preferred about the Black Diamond was the EVA foam grip on the Black Diamond. I found it absorbed the sweat better and absorbed shock a bit more effectively than the plastic/cork combination on the Leki.

You will notice that I haven’t yet mentioned the Leki Micro Vario.

This beautiful pole distinguishes itself in two ways: 1) it is the only one of the three that is adjustable (110-130 cm) and 2) it’s got a very comfortable foam grip, similar to the Black Diamond, but that continues a bit farther down the pole. This allows you to choke up on the pole, if necessary, on very steep sections.

I am super-psyched about the Micro Vario and plan to use this pole extensively for climbing, backpacking and backcountry ski trips. They are an outstanding all-around pole, but may be a little bit overkill for weight -conscious ultrarunners.

Will you be seeing me using poles at the Way Too Cool 50K or American River? Not likely. But for FKT’s, adventure runs or serious mountain ultras, I am a total convert. 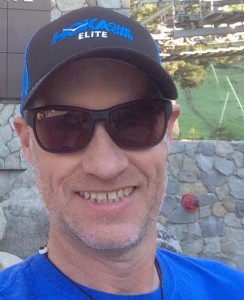 This review was written by URP Contributor Ethan Veneklasen.  All poles were provided as test samples from the manufacturers, and all words, pics, and thoughts are his own.