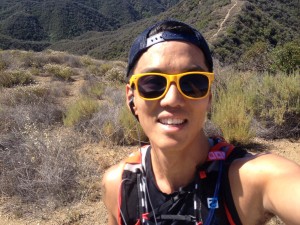 Billy’s probably a lot like you.  He’s been running ultras for five years, done a handful of 50k and 50 milers, gone to races to geek out, studied and prepared, and finally pulled the trigger and signed up for his first 100 miler.

He just finished that hundred two days ago at the Angeles Crest 100 in Southern California and came in just barely over 24 hours–a well-executed run on a challenging course that went just about as planned.

Let’s find out how he trained, if he freaked out, how he executed the race, how his pacers helped him, what he learned and whether or not he’ll do it again. (of course he will!)

Billy’s also an awesome film maker and is currently working on a piece that will highlight Sally McRae’s journey at Western States. Check out his other films below.

Here are Billy’s films on YouTube (definitely check these out.)

One Response to "Billy Yang Interview"

January 12: One Day in Auburn.
Sunny and I both doing 6 hour.